Four Iranian boats approached a U.S. destroyer in the Persian Gulf in a dangerous stunt Tuesday, according to a Navy official.

The small Iranian Revolutionary Guard Corps Navy craft drove within within 300 yards of the destroyer Nitze, deployed with the Eisenhower Carrier Strike Group, near the Strait of Hormuz, said the official who was not authorized to speak on the record about the incident.

The Navy is calling the incident "unsafe and unprofessional," he said.

The destroyer tried various methods to communicate with the incoming four boats, he added. Radio calls, the ship's whistle, firing flares -- all to no response. 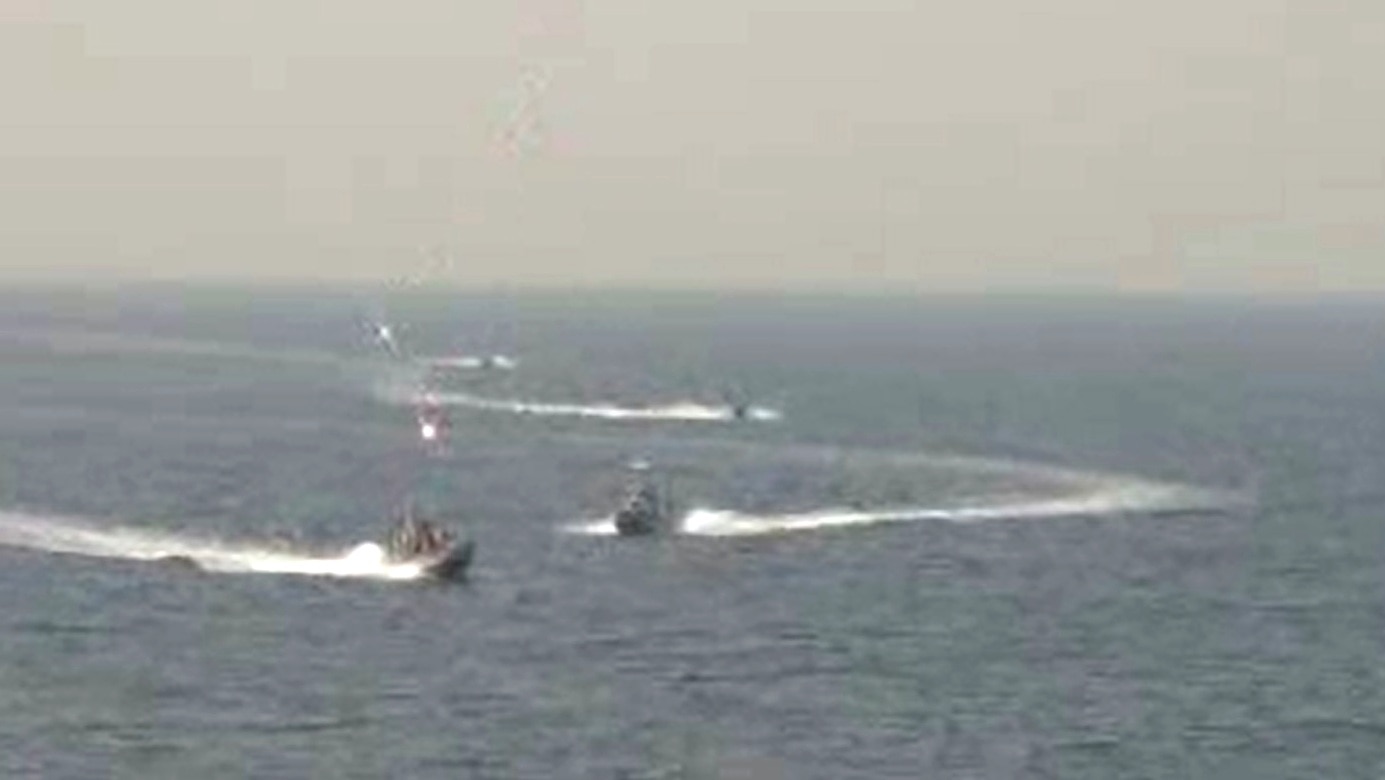 Seen from USS Nitze, four Iranian Naval Revolutionary Guards vessels make a high-speed approach as the U.S. destroyer was transiting the Strait of Hormuz Tuesday. Also visible are warning flares fired from the destroyer.
Photo Credit: PO2 Andrew Murray
The boats ultimately came within a few hundred yards of Nitze before turning around, the official said. The U.S. Navy said the incident occurred in international waters.

According to the AP, the semi-official Tasnim news agency quoted Gen. Hosein Dehghan as saying that "if any foreign vessel enters our waters, we warn them, and if it's an invasion, we confront." He added that Iranian boats patrol to monitor traffic and foreign vessels in its territorial waters.

Four small Iranian boats drove within 300 yards of destroyer Nitze while transiting the Strait of Hormuz.

U.S. Navy video of the incident obtained by The Associated Press shows American sailors on the Nitze firing flares and sounding the warship's horn as the Iranian boats approached.

Earlier, Adm. John Richardson said the incident involving the Nitze reflects the greater competition the U.S. is facing at sea and underscores the naval tensions with Tehran.

It's the latest in a string of Iranian warships taunting and testing U.S. ships in the Persian Gulf. Late last year, Revolutionary Guard point fired rockets near the Harry S. Truman carrier strike group from about 1,000 meters away.

. The IRGCN also arrested 10 riverine sailors at gunpoint after they strayed into Iranian waters and held them for day, an incident which Iranian officials proclaimed as a victory.

National Guard officer promotions could speed up under new measure

Hundreds more fighters have emerged from the Mariupol stronghold where they made their last stand and surrendered.

A small, yet nimble and heavily used light-attack helicopter that carries small teams of special operators into battle has a problem.

Experienced underwater construction Seabees can grab bonuses of up to $100,000

20 years since Navy ship sunk for artificial reef in Keys

Guardians will be allowed to sport neck tattoos