MARSOC veteran and best-selling author Michael Golembesky is about to release the follow-up installment to his memoir on a Marine special operations team's missions in Afghanistan.

Like its predecessor, "Dagger 22" rejects the typical approach of most military books, which strive to provide details of an operation from every possible angle. Golembesky, or "Ski," as the team calls him, focuses instead on his fellow operators. 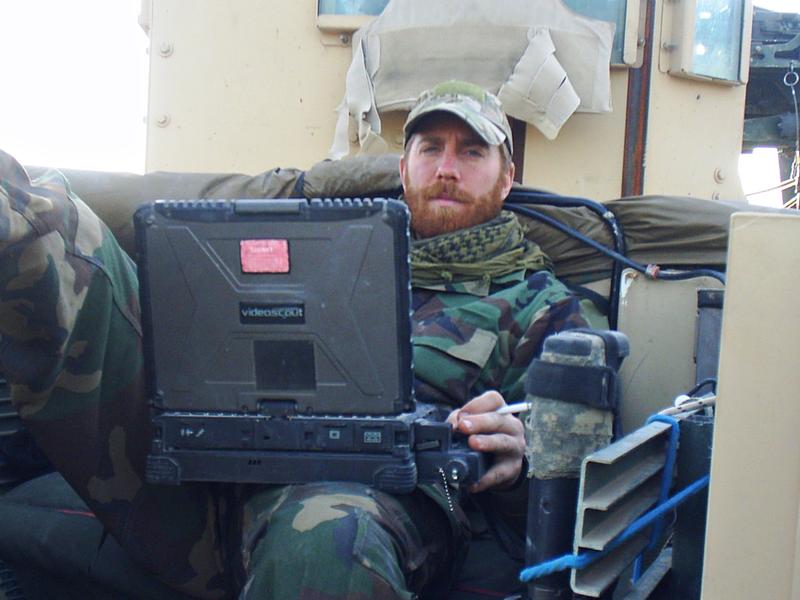 Michael Golembesky, the author of "Level Zero Heroes" and "Dagger 22," is seen here during his 2009-2010 deployment to Bala Murghab, Afghanistan.
Photo Credit: Photo by Patrick Dolphin
The result is a no-holds-barred account of some of the ugliest combat in Afghanistan. The team fought against the Taliban, the restrictive rules set by higher headquarters, boredom, bitter cold weather, and sometimes each other as the Marine alpha males battled everything from fear to fatigue.

"I hope it gives young Marines insight into unconventional operations," Golembesky told Marine Corps Times. "Special operations is more of an outside-of-the-box thinking. It is smaller teams, more capabilities, different mission sets, and these are the caliber of people that are required to fill the ranks.

"Strive to be that caliber in order to honor the legacy and carry the organization into a greater future."

has a different feel from "Level Zero Heroes," Golembesky said, which landed on the recommended reading list for U.S. Special Operations Command weeks after its 2014 release. That book centered on defensive, reactive operations from Forward Operating Base Todd. In "Dagger 22," the team turns from reactive to proactive operations to shape the battlefield in anticipation of the spring offensive.

While MSOT 8222 included some of the most capable members of Marine Corps Forces Special Operations Command, the book shows their human side

. The team's tight brotherhood is strained after a mission goes wrong. The Marines struggle to cope with boredom, loss and frustration over restrictive tactical directives issued by Gen. Stanley McChrystal, then-commander of International Security Assistance Force and U.S. Forces Afghanistan. Teams were prohibited from using aircraft-delivered munitions without approval from a high-level commander. Night raids on compounds and homes — the very places the Taliban were known to hole up — were out of the question.

"Dagger 22" captures the Marines' frustration. At one point, he said the team even "flatly called into question our reason for even being there."

"You have to put confidence in guys on the ground," said Golembesky, a former joint terminal attack controller who now teaches classes on drone operations at the Air Force Academy. "...The ones there can see the depth of the situation, and they know the history of how it got there and they can see where it is headed. Those 90 clicks away in an air conditioned room don’t have that insight."

At one point, MSOT 8222's drone caught the region’s top improvised explosive device maker as he and two others buried an explosive about 650 yards

from their FOB. Headquarters wouldn't let them shoot for fear of harming innocent parties in the wrong place at the wrong time. The team leader sent out a patrol and the explosive ordnance disposal technician confirmed they were burying an IED.

Golembesky had a drone follow the combatants into a building in a nearby compound. The team still wasn't allowed to attack.

The MARSOC team, in turn, became quite adept at getting permission for near-meaningless missions, knowing that a Taliban response would guarantee the green light to do what really needed to be done.

This cat-and-mouse game culminated in the battle of Daneh Pasab, in which the Marine operators teamed with Army Special Forces and (mostly unwilling) Afghan commandos. The setting of this vicious firefight was a compound with an extensive tunnel system built in the 1980s as part of the resistance plan against the Russians. Waiting inside were entrenched insurgents fighting for their lives.

The result was the worst kind of close-quarters battle: physically exhausting, strategically challenging, and located in a place that offered little to no hope of survival if things went wrong.

The Marines won, and while the victory came at great cost, it turned the tide in the region. Long-departed citizens returned to their homes absent after the Taliban were forced out. A once powerful network had been systematically dismantled and destroyed. But as is captured in a somber epilogue, the victory was short-lived as things fell apart once coalition forces left.

The book closes with detailed outcomes for all of the players, good guys and bad guys alike. Some of those stories have a happy ending. Others are downright heartbreaking.

Readers can pick up "Dagger 22" even if they haven't yet finished "Level Zero Heroes." The new installment includes a background introduction on the characters and circumstances. The book also includes a series of maps to help the reader understand the team's movements and locations of various battles.

As Afghanistan continues to make headlines with the Islamic State group forming strongholds in the country, Golembesky said he hopes "Dagger 22" provides Americans with a better understanding of the obstacles Marines faced there.

"Not just the physical environment and operations, but also the lingering politics of it all, played a huge part for all of us," he said. "We all had to deal with it in one way or another. I thought we handled it relatively well. We did the best we could in the time and space we were given.

"[But] this is just the story is just one team," he added. "Many other teams, many other stories that will never be told. This one just happened to be told."

Cmdr. Brett Johnson has been temporarily reassigned to the staff of Helicopter Sea Combat Wing Atlantic.

CTF-150 is one of four task forces now operating in the Mideast to counter maritime threats.

Participating museums are offering free admission to military families from May 21 through Sept. 5.