ATLANTIC OCEAN, ABOARD THE AMPHIBIOUS ASSAULT SHIP IWO JIMA — This gator flattop wasn’t planning on getting underway last Wednesday from its Mayport, Florida,nea homeport. Then Hurricane Matthew swirled towards Haiti and the East Coast, the storm's path becoming more menacing just as the ship sortied on Oct. 5.

The state of Florida issued mandatory evacuation orders for the area the amphibious assault ship calls home. As the crew members' families prepped for the storm, Iwo, on its way north to avoid the tempest, received new orders — a deployment to Haiti.

Iwo Jima had just been starting its pre-deployment workups. Within three days, Iwo and its crew were in Norfolk, Virginia, on-loading bulldozers, seven-ton trucks, water purification equipment and forklifts and more into its well deck.

As the storm bore down on Virginia's Tidewater region, the outfitted big deck cut through the difficult Hampton Roads navigation channel amid a 70-knot gale, bound for Haiti.

The ship's top enlisted said the crew is focused on relief efforts and that the rapid on-load and deployment "validates what we do in training."

Command Master Chief (SW/AW/IW) William Mullinax — callsign "Swamp Fox" — talked about the ad-hoc deployment, the crew's families in Mayport, and wider fleet issues in an interview as the ship sailed to Haiti. Questions and answers have been edited for brevity.

Q. What’s the mood of Iwo’s crew right now, how are they feeling given the last-minute nature of this mission? 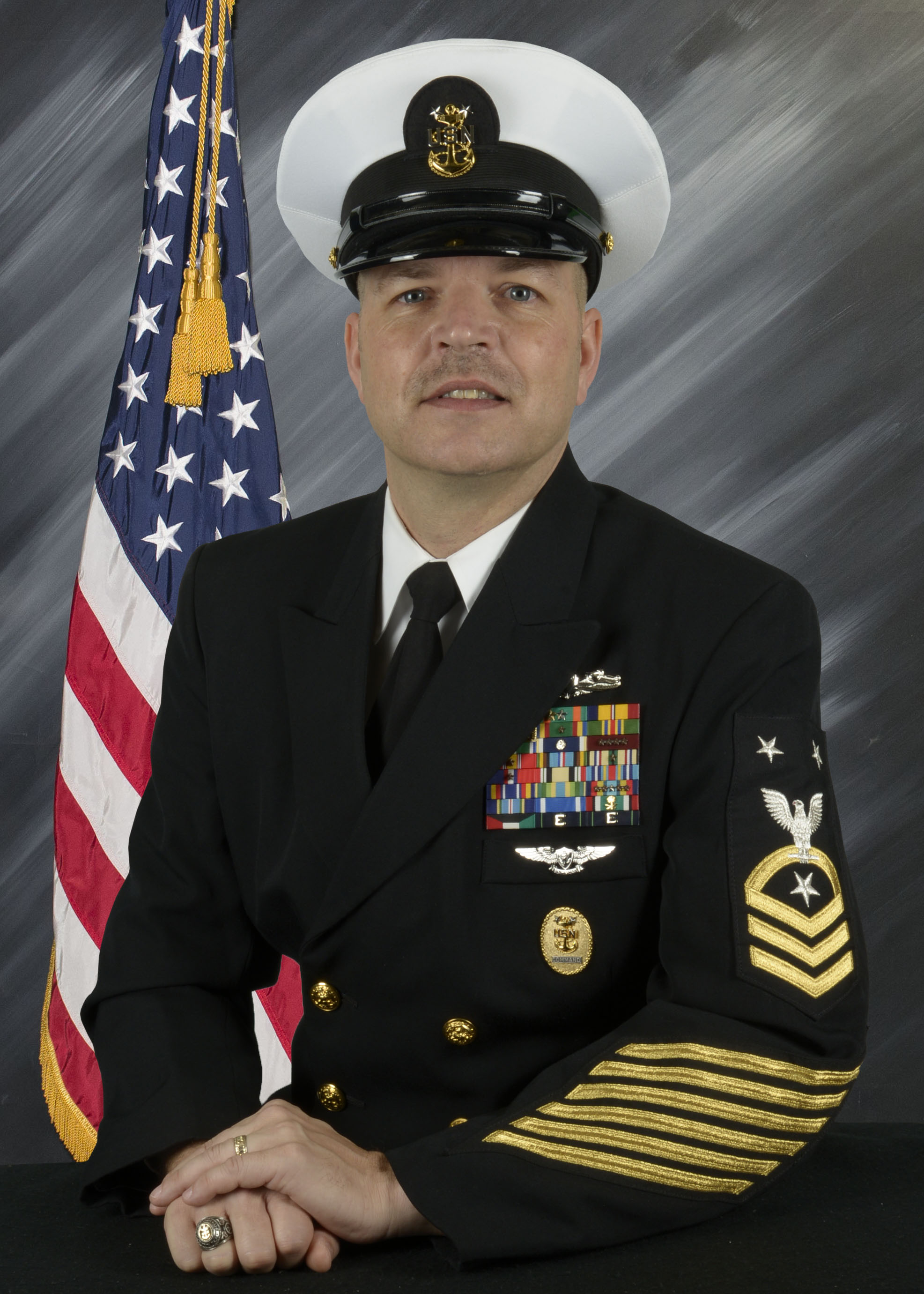 Command Master Chief William Mullinax
Photo Credit: PO2 Andrew Murray
Q. Have you had any reports of damage to sailors’ homes or any injuries?

A. We’ve had a little bit, trees falling in the yard, things like that. We’ve been working with the ombudsmen to get the resources they need. But nobody is in dire straits because of the hurricane.

When we left the storm was supposed to track up the coast about but it was supposed to be about 150 miles out to sea. But as it started getting through the Bahamas and shifted over to the west a bit, word started coming out about the evacuation.

The worst that I’ve heard is the houses on the beach took on some water but I don’t know if any of our sailors live right on the beach. We’ve been in contact with our two ombudsmen and with the base to make sure the families have the resources they need.

Q. What’s the value to the crew of throwing a mission like this together at the last minute?

I’ve been here since February of 2014, I would tell you that by far: anything that’s thrown at this crew, they respond without hesitation. Whenever anyone comes on board, I tell people, you’re walking on the best ship in the fleet. I admit I’m biased.

Q. You are a senior leader on this ship and therefore are in charge of executing the Navy's new move to no longer identify sailors by their ratings. How is that going? What are you doing to make it successful?

A. Well, it’s a loaded topic right now; everybody is talking about it, not only on this ship, but throughout the fleet. It affects everyone in the enlisted ranks. You know, when you do something for so many years, you get used to doing it that way. And when there is a rudder change in the way we do business, naturally there is going to be push-back, typically from the sailor who's a little longer in the tooth, who is used to doing things a certain way.

But you know, from my perspective: The Navy has told us this is the way we are going to do business. And what I told my chiefs was, ‘Hey, these are our marching orders and this is what we’ve got to do.’

There are going to be missteps. There will be sailors who say, 'Hey, DC1,' and that’s going to happen for a little bit until we get in the rhythm. So you correct and move on.

It’s going to be difficult to get used to but it’s about the way we train. The sailors coming into boot camp now, this will be all they ever know. So it’s going to be a change in the way of thinking.

Q. The Navy is working on improved fire-resistant variant coveralls and they are moving to Navy Working Uniform Type IIIs. Since this is still in the works, any feedback on what you think would help accomplish the mission?

Q. I’ve been in the Navy since 1987 and I’ve seen a plethora of uniforms. So for me, I think where the sailors get frustrated is you get well versed on a uniform, how to wear it, how to keep it, how to make it look sharp. And then when you get there it’s changed to another version or a different type. And it gets frustrating because you have to buy all new uniforms.

Good, bad or indifferent, I think we need to develop the uniform and stick with it. If there are improvements we can make to the uniform, then so be it. Let’s make the improvements.

The Army investigates a Green Beret's fatal parachute accident. New squad weapons are on their way to replace the SAW and M4. A Marine commander is fired in the aftermath of the sinking of an AAV, and the British Royal Navy shows how it might use jetpacks to quickly board ships at sea. All that and more on The Briefing for 10.22.20.
Close
Now Playing

The end of tanks? A midair collision and napping for lethality — The Briefing 10.8.20