The Navy provided aid to six ill Iranian mariners on Nov. 30 in the Persian Gulf, according to a Navy release.

The destroyer Hopper and cruiser Monterey were responding to a distress call from the Iranians via bridge-to-bridge radio, the release said. The Hopper sent a rigid hull inflatable boat to provide aid to the Iranian boat while a helicopter from the Monterey provided watch.

The Hopper and Monterey are part of Central Command's U.K.-led Commander, Task Force 50 under the Royal Navy HMS Ocean. 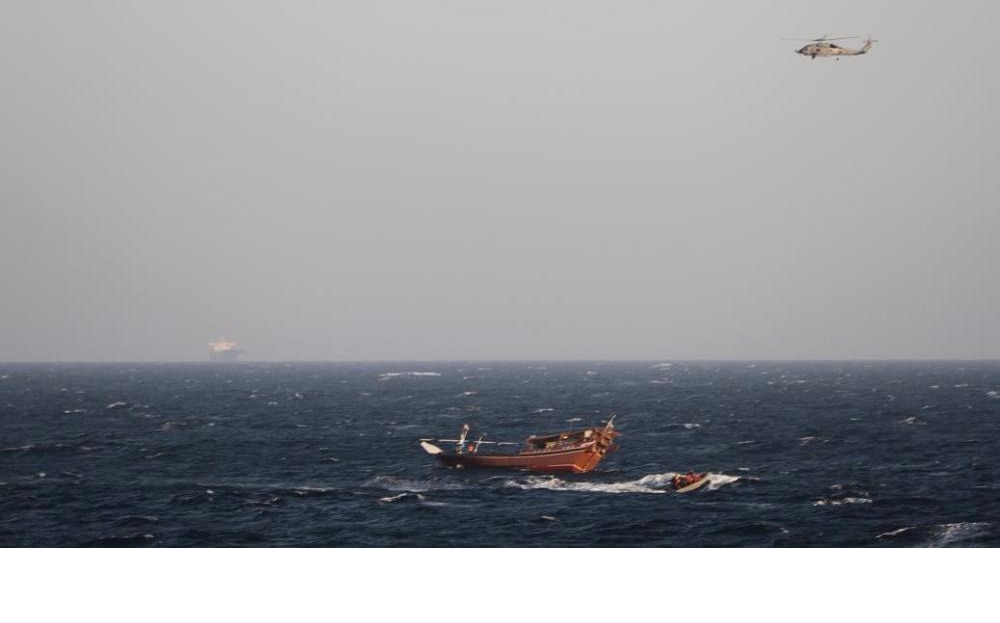 A rigid hull inflatable boat and its boarding team from Hopper depart after providing aid to six ill Iranian mariners after the mariners made a distress call over bridge-to-bridge radio.
Photo Credit: Lt. Ian McConnaughey/Navy

The team hired real special ops members to appear in a major combat scene and also employed former troops behind-the-scenes in a variety of roles.

None of the US Air Force’s linguists spoke Ukrainian. Then Russia invaded.

Air Force linguists scrambled to keep up through the Afghanistan withdrawal and, now, the war in Ukraine.

‘Feeding our paycheck to the pumps’: Troops, families deal with inflation

"Our head is above water, but I'm not sure for how long," one soldier said of his family.

Two more Navy destroyers will be homeported in Rota, Spain