By Audrey McAvoy, The Associated Press
Uwajima Fisheries High School students offer flowers in memory of nine people killed when a U.S. Navy submarine accidentally rammed into the Ehime Maru, a training vessel for the school students, 16 years ago off Hawaii during a ceremony Friday, Feb. 10, 2017, at the memorial of the accident at the school in Uwajima, Ehime Prefecture, Japan. The submarine's rudder sliced into the ship's hull some 6 miles offshore. This year's ceremony carried special significance under Buddhist custom because it marked the start of the 17th year since the deaths — a special time for healing and remembrance. (Tetsuo Hiroyama/Kyodo News via AP)

HONOLULU — Families and friends of nine people killed when a U.S. Navy submarine accidentally rammed into a Japanese fishing ship off Hawaii 16 years ago remembered their loved ones at a ceremony Thursday.

Those killed were on board the Ehime Maru, a training vessel for fisheries students from Ehime, Japan. The submarine's rudder sliced into the ship's hull some 6 miles offshore.

"From critical sadness Ehime and Hawaii united to form a special bond, with a commitment to work towards the beneficial exchanges of goodwill, friendship and understanding," Hawaii Gov. David Ige told more than 100 people gathered for the ceremony.

This year's ceremony carried special significance under Buddhist custom because it marked the start of the 17th year since the deaths — a special time for healing and remembrance.

Buddhist tradition counts the moment of death as the first year of passing. 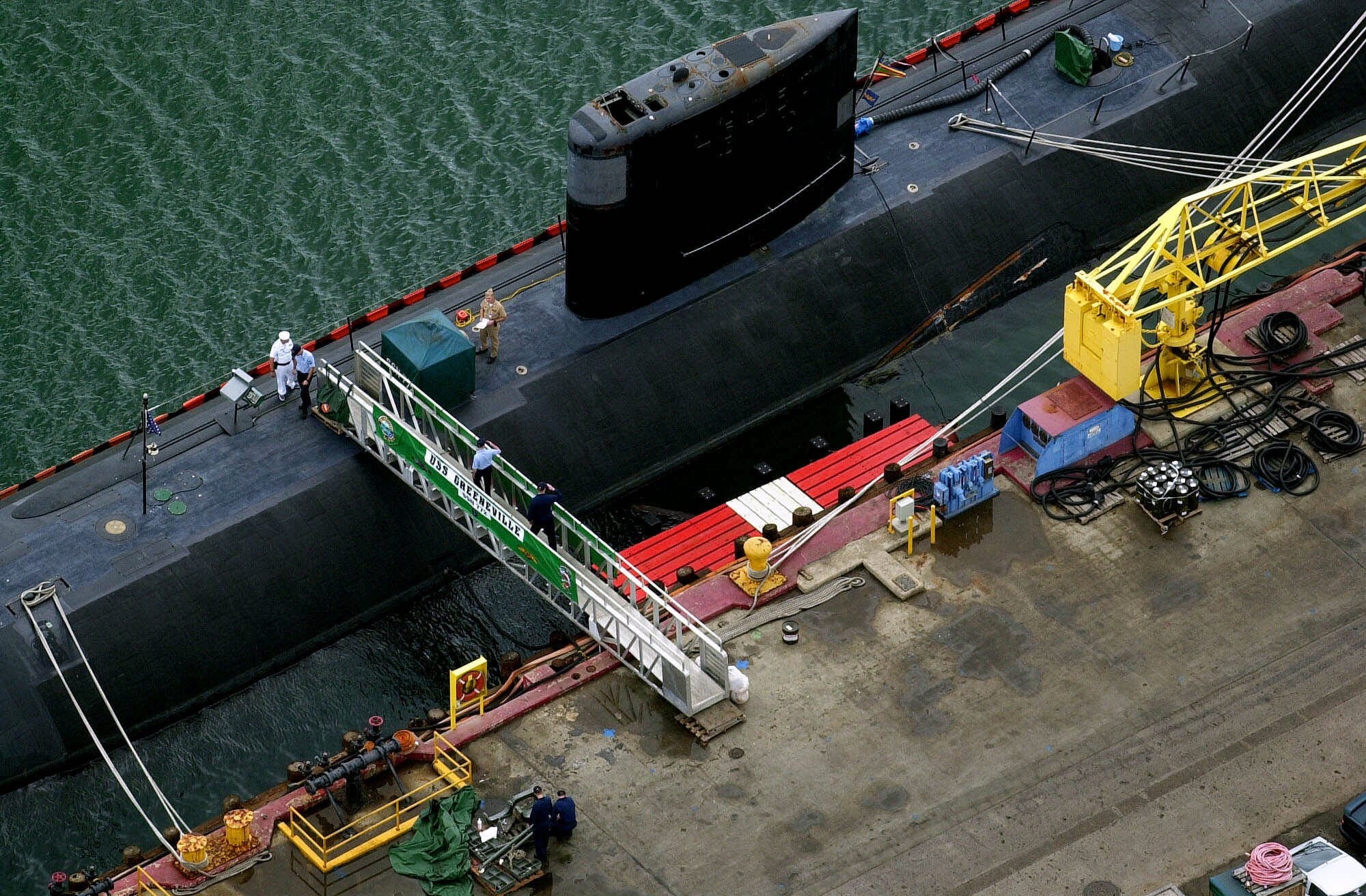 The USS Greeneville is seen docked at Pearl Harbor Navy base in Honolulu, Hawaii, Tuesday, Feb. 13, 2001. At right damage can be seen along the hull, apparently suffered during the collision with a Japanse fishing vessel a few days before.
Photo Credit: Kevork Djansezian/AP
A Navy investigation found the USS Greenville's captain had rushed through mandatory safety procedures while demonstrating an emergency surfacing drill for the benefit of civilians touring the submarine.

The report said the captain didn't want the submarine to be late returning to Pearl Harbor with the 16 guests.

The Navy uses the Ehime Maru accident as a case study to teach prospective submarine officers what not to do.

It prompted the service to change the way squadron commanders monitor their submarines with the hope that supervision will prevent future collisions.

The Navy did not disclose where the strike group was headed, but said that it would complete operations across the globe fostering maritime security and stability.

‘We just feel it’: Racism plagues US military academies

Some students of color have spotlighted what they see as systemic racism and discrimination at the academies by creating Instagram accounts to relate their personal experiences.

The measure now goes to President Joe Biden to be signed into law.

A World War II veteran from Alabama who survived COVID-19 last year will be honored on his 105th birthday Friday with the French Legion of Honor in recognition of his service.

Many veterans of U.S. nuclear tests suffered their own illnesses and ailments.

‘We just feel it’: Racism plagues US military academies