The vessel is the first to take the name and is in honor of Paul Ignatius, who served as the secretary of the Navy, assistant secretary of defense for installations and logistics, as well as a commissioned lieutenant in the Navy during World War II.

The principal speaker at the ceremony was Adm. John Richardson, chief of naval operations, while Nancy Ignatius, wife of Paul Ignatius, served as the ship’s sponsor. 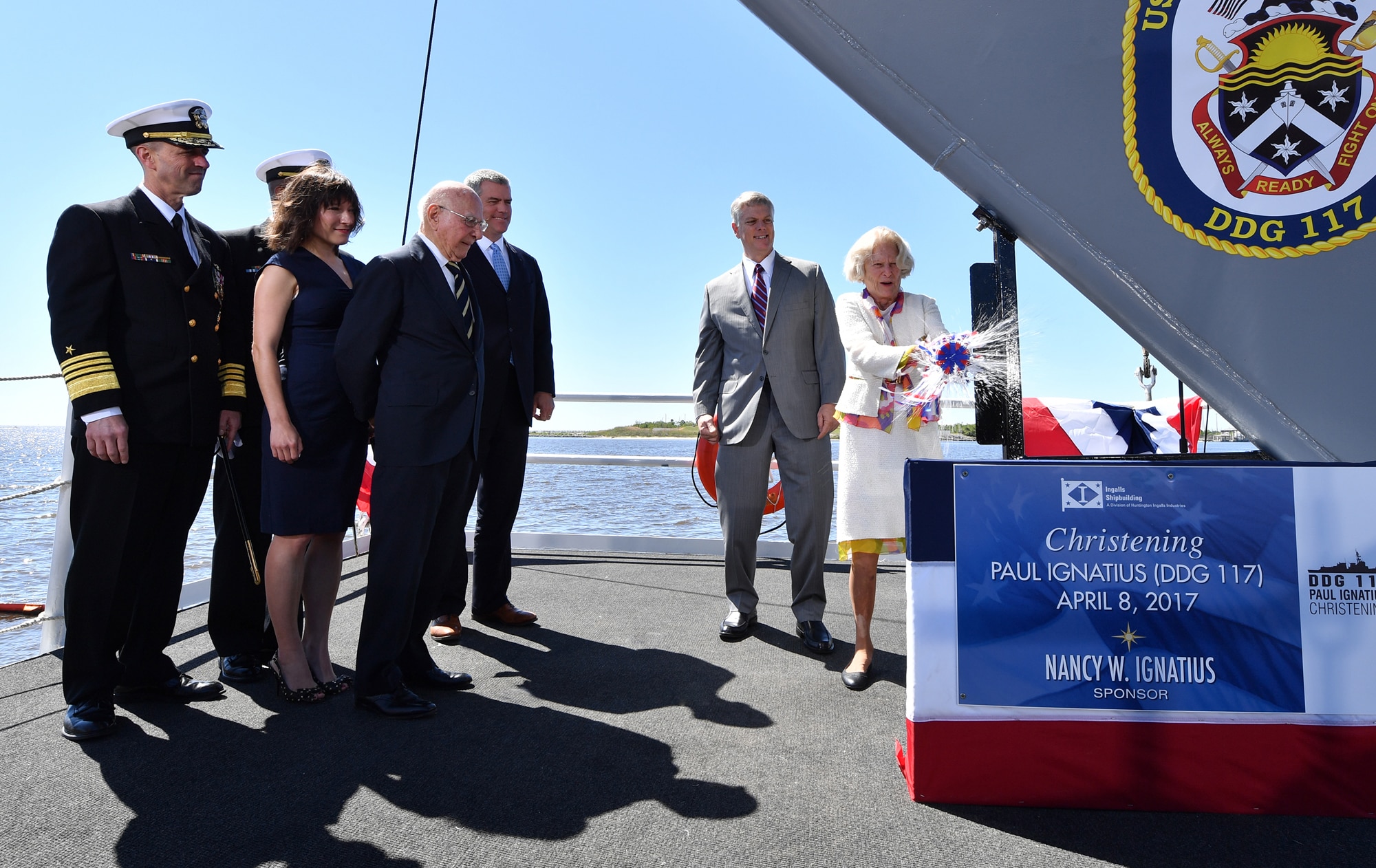 "When the future USS Paul Ignatius joins the fleet, it will serve for decades as a reminder of Secretary Ignatius's service to our nation as both a naval officer and as the civilian leader of our Navy and Marine Corps," said acting secretary of the Navy Sean Stackley in a press release published on Friday April 7.

Rachael Kalinyak is an editorial intern with Network Solutions.

The encounter marks the longest dogfight in U.S. military history.

The drills featured a live fire exercise with more than 140 aircraft and 12 naval assets.

The species have recovered after feral goats were removed from the island in the 1990's.

How troops can watch the NFL Playoffs for free

Three dry docks at Puget Sound Naval Shipyard and one at Trident Refit Facility Bangor will close immediately to allow for more study and mitigation work.

Housing allowances are increasing for some localities, but is it fair?

With so many platforms online, how will tomorrow’s Army share data?