NORFOLK, Va. — The Navy’s aircraft carrier Abraham Lincoln was redelivered to the fleet by Newport News Shipbuilding after completing a four-year mid-life refueling and modernization servicing.

Built to last 50 years, the Nimitz-class carrier was redelivered on May 12 after completing four days of sea trials, where a team of ship's crew, yard workers and Navy officials put the ship through the paces.

"The sea trials period we completed today went exceptionally well," said Capt. Ronald Ravelo, Lincoln’s commanding officer. "Of course there was some discovery, the ship hasn’t been underway for over four years, but everything went for the most part on schedule."

Not everything was smooth, given the long absence from operating at sea. Many of the ship's crew were getting underway for the first time in their careers, despite being stationed on the ship for a few years already. The ship, too, needed to fully stretch its legs.

The mid-life servicing included a refueling of the carrier’s nuclear power plant, a modernization of its computer and warfighting systems throughout the ship and total rework of its flight deck gear.

But most notable — in terms of the Navy's future — is that Lincoln is the first ship that has been reworked to accommodate the new F-35C Lightning aircraft which is expected to enter the fleet in the next few years.

The ship's high-speed turns were arguably the highlight of the at-sea period, not only for senior sailors like Ravelo, but for some of the crew's most junior members.

Boatswain's Mate 3rd Class Addison Mila has been on board the ship for nearly three years, but before these trials, his only time at sea was during temporary duty to qualify as a helmsman while on board the carrier Truman.

Time spent qualifying, though, wasn't anything compared to being at the ship's helm during the high-speed turns.

"It was awesome," said Mila. "The reason we do those big turns is to see how the ship reacts — if the ship needed to quickly move to avoid an unexpected navigational hazard, we rely on these tests to understand how our ship would perform."


The refueling and complex overhaul — or RCOH — is the fifth mid-life servicing of the Navy's Nimitz-class carriers completed by Newport News Shipbuilding of Huntington Ingalls Industries.

"The successful completion of sea trials and redelivery of the ship to the Navy is the culmination of over 48 months of teamwork between Newport News shipbuilders, the CVN-72 crew, our government partners and all of our suppliers," said Chris Miner, Newport News Shipbuilding’s vice president of in-service aircraft carrier programs, in a news release.

"The completion of the refueling and complex overhaul returns a fully recapitalized ship to the fleet, ready to support any mission and serve our nation for another 25 years." 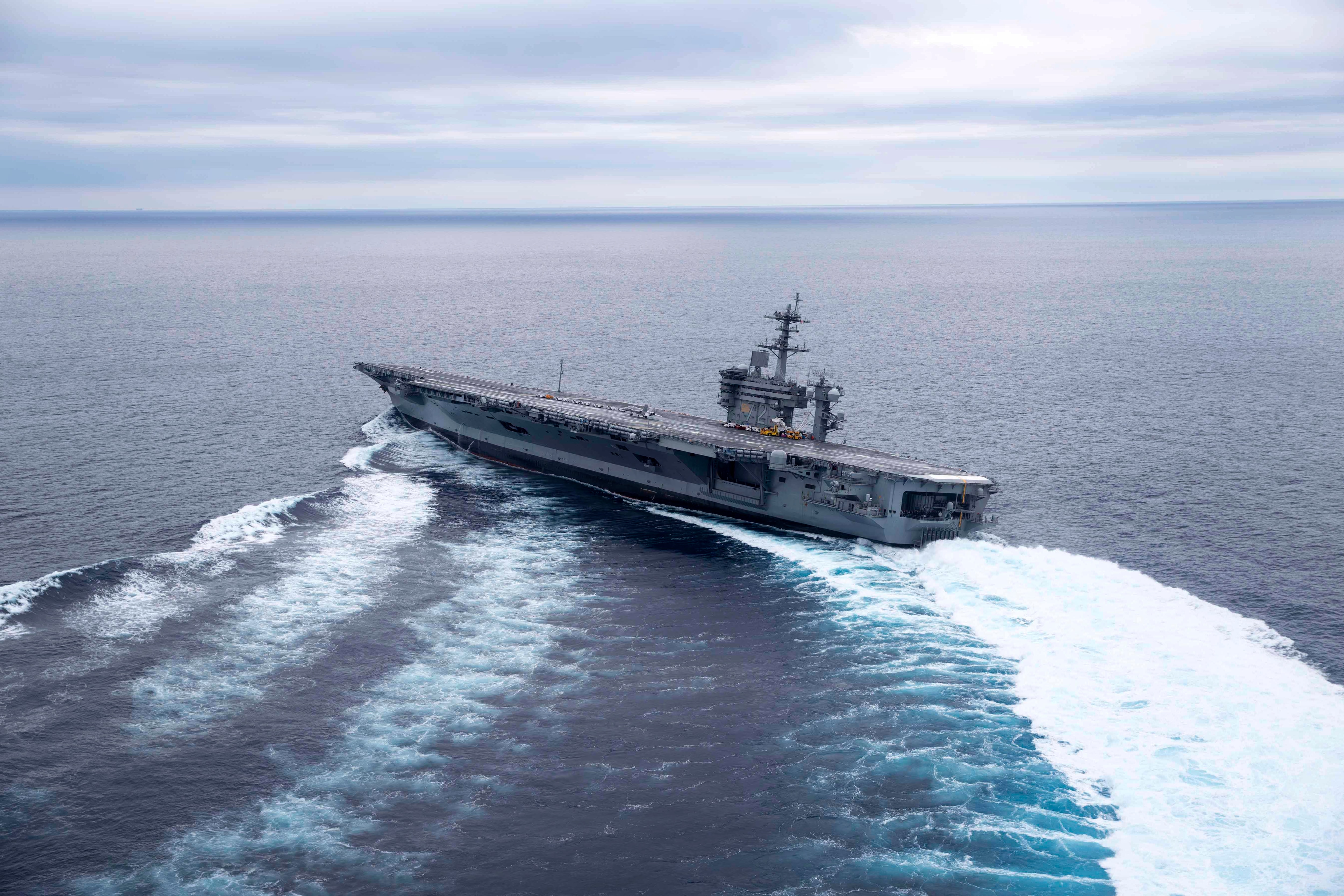 The Nimitz-class aircraft carrier USS Abraham Lincoln (CVN 72) conducts high-speed turn drills during sea trials on May 11, 2017.
Photo Credit: Navy
The carrier Lincoln’s RCOH began in March 2013 and required more than 2.5 million man-hours of labor, according to the Navy. Upgraded features include repairing, replacing and modernizing tanks, the hull, shafting, propellers, rudders, piping, ventilation, electrical, combat and aviation support systems. At the peak of the renovation, 4,000 shipbuilders were assigned to the project.

"Every sailor, shipyard worker and contractor involved with RCOH and redelivery should be standing tall as we bring this mighty warship back home to Norfolk and put her back into service for the U.S. Navy," Ravelo said. "Getting Lincoln back into the fight was truly an all-hands effort, and I could not be more proud of the crew who helped make that happen."

With the return of the Lincoln, the Navy has nine carriers in its training and deployment rotation. The new carrier Gerald R. Ford, namesake of the Ford-class, is expected for delivery sometime this year. The Ford was built at Newport News Shipbuilding as well.

The Nimitz-class carrier George Washington is expected to complete its RCOH in 2021.

Christopher Diamond contributed to this report.