By The Associated Press
Spectators wave as the USS Independence is towed past them into the Brownsville Ship Channel for salvage operations Thursday, June 1, 2017, on South Padre Island, Texas. The USS Independence was launched from the Brooklyn Navy Yard in 1958, commissioned the following year and decommissioned in 1998. It was among several U.S. military ships to carry the name Independence. (Nathan Lambrecht/The Monitor via AP)

BROWNSVILLE, Texas — The decommissioned USS Independence has arrived at its last port of call.

The mothballed 61,000-ton Forrestal-class aircraft carrier passed through the jetties of the Brownsville Ship Channel on Thursday afternoon. A group of the ship's past crew members stood and watched as the ship was towed up the channel toward International Shipbreaking Ltd., the recycling company that won the contract to scrap the ship. 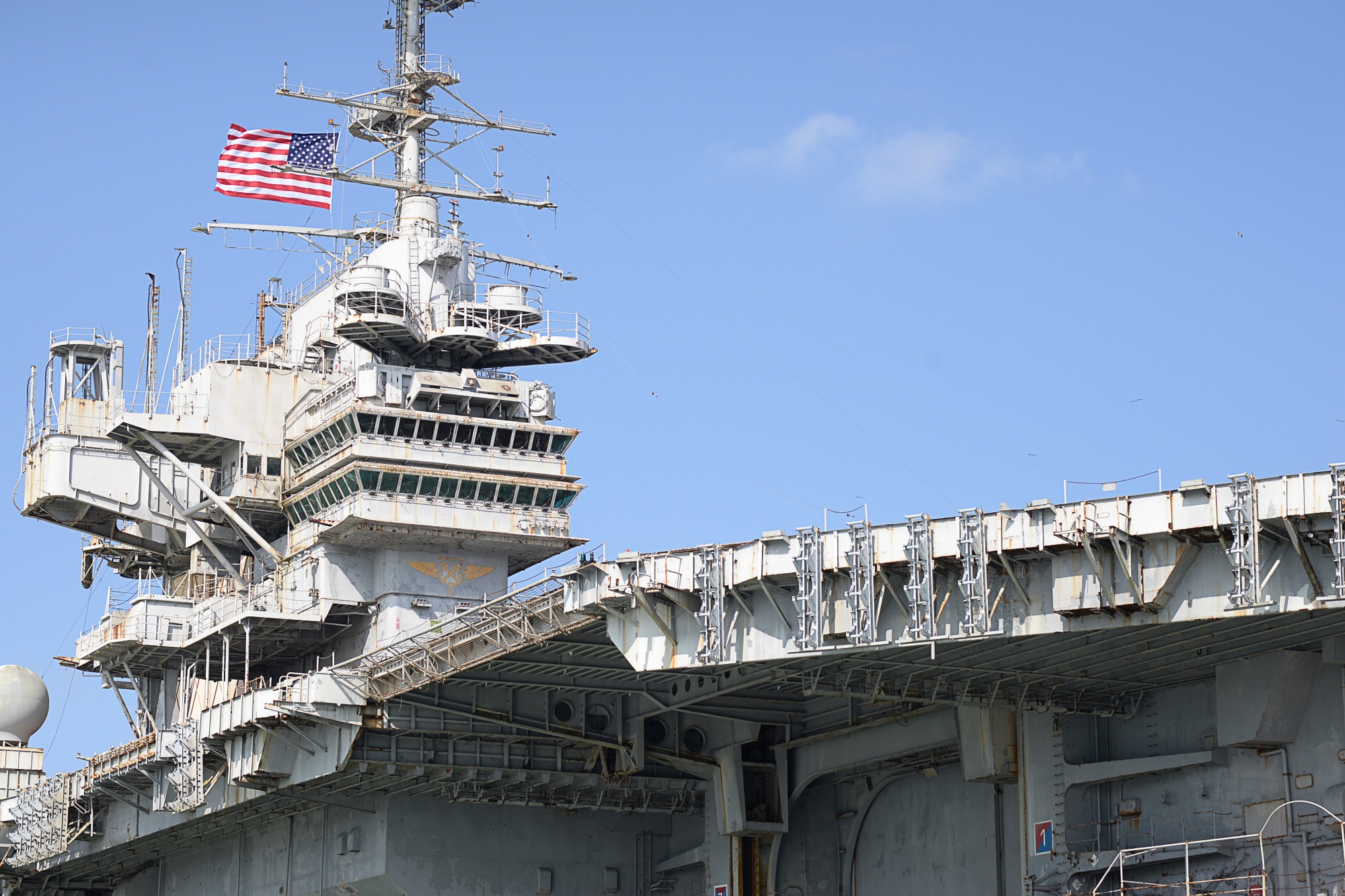 The American Flag waves in the wind aboard the decommissioned USS Independence as the aircraft carrier is towed into port on Thursday, June 1, 2017, near the Port of Brownsville, Texas.
Photo Credit: Jason Hoekema/The Brownsville Herald via AP
The ship had left Puget Sound Naval Shipyard in Bremerton, Washington, on March 11 and was towed around Cape Horn in South America to the Port of Brownsville.

The USS Independence was launched from the Brooklyn Navy Yard in 1958, commissioned the following year and decommissioned in 1998. It was among several U.S. military ships to carry the name Independence.

North Korea for decades has described the United States’ combined military exercises with South Korea as rehearsals for a potential invasion.

Pursuing passions and purpose outside of military life

Taiwan's Defense Ministry says 20 Chinese aircraft crossed the central line in the Taiwan Strait that has been an unofficial buffer zone between the sides.

Defense Secretary Lloyd Austin is in the Philippines for talks on deploying larger numbers of U.S. forces and weapons in more Philippine military camps.