U.S. Navy Lt. Commander Arlo Abrahamson said a Navy littoral combat ship, the USS Coronado, and the Philippine navy frigate BRP Ramon Alcaraz completed the four-day patrol at the Sulu Sea on Saturday, adding that the operation was carried out at the request of the Philippine government.

The coordinated patrol, which was aimed at detecting and deterring threats, "was safe and routine," Abrahamson said.

U.S. Navy Rear Admiral Don Gabrielson said "our at-sea operations with the Philippine navy demonstrate our commitment to the alliance and deter piracy and illegal activities."

Abu Sayyaf gunmen have kidnapped crewmen from Malaysia, Indonesia and Vietnam on board passing tugboats and cargo ships and held them for ransom on southern Sulu and outlying islands in recent years. The Philippines, Malaysia and Indonesia have agreed to take steps to deter and stop the threats in the busy waters. 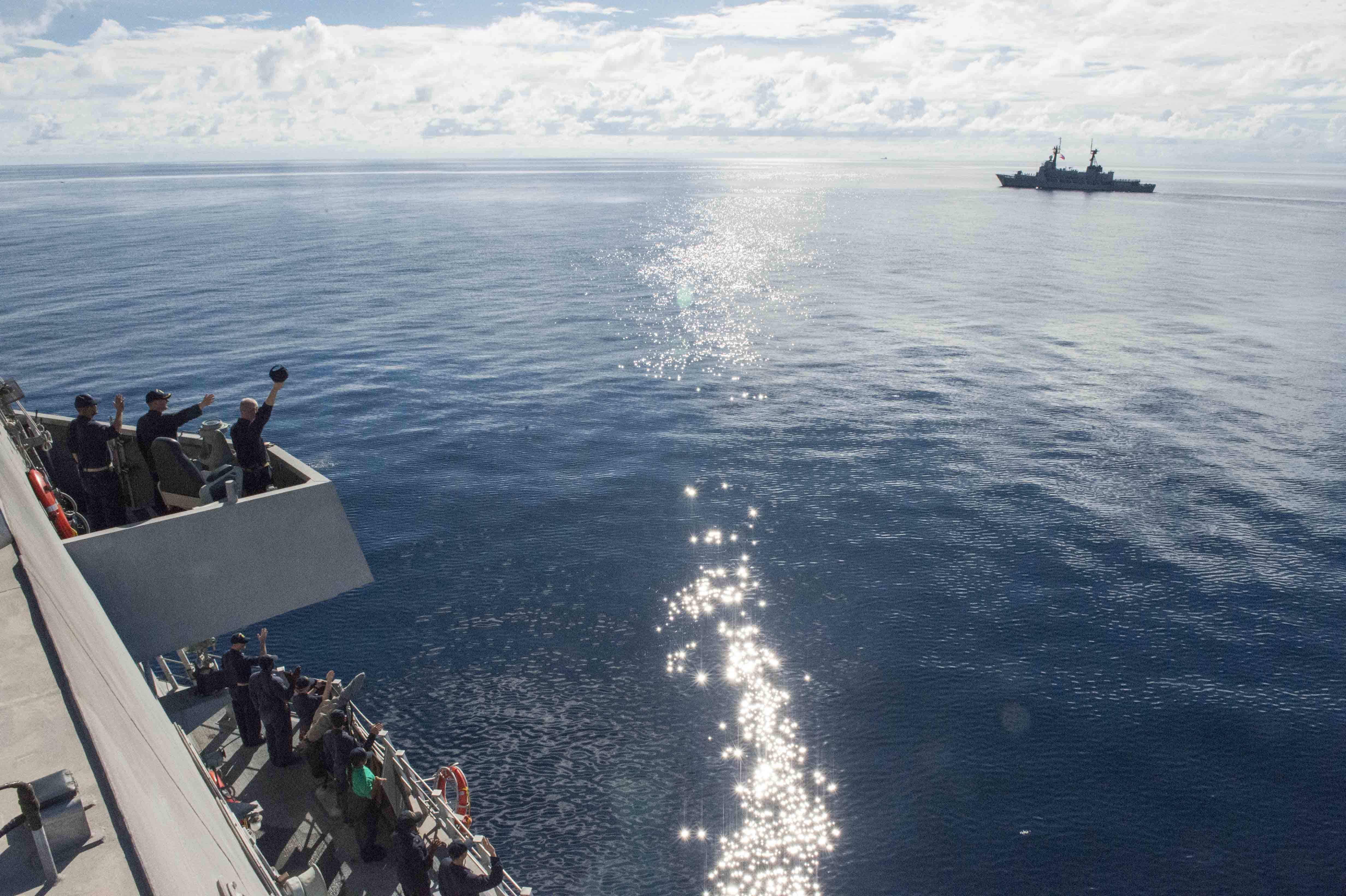 Sailors aboard littoral combat ship USS Coronado (LCS 4) wave during a passing exercise with BRP Ramon Alcaraz (FF 16).
Photo Credit: MC3 Devan Leigh Ellis/Navy
President Rodrigo Duterte, who has moved to bolster economic and security relations with China, has threatened to bar U.S. counterterrorism forces in the south, saying they could be targets of attacks and were fueling Muslim restiveness in the volatile region.

Duterte and top defense officials, however, have walked back on those threats. The U.S. military deployed a P3 Orion aircraft recently to southern Marawi city upon Philippine request to help provide surveillance to Filipino troops battling militants aligned with the Islamic State group who laid siege on the mostly Islamic city starting last month.

Philippine military offensives and airstrikes have continued to flush out the fewer than 100 militants believed to be holding more than 100 hostages in four villages. Duterte said late Thursday that the crisis, which has left more than 300 combatants and civilians dead, could end in a "matter of days."

The Army chief has made transformational change a key goal of his—but is it doable? Plus, we’ll look at details on the Polish F-35 buy—and get an update on Navy shipbuilding.
Close
Now Playing