Navy to train with Vietnam amid rising tensions with China

By Peter Rathmell
160801-N-IU636-136 PEARL HARBOR (Aug. 01, 2016) Littoral combat ship USS Coronado (LCS 4) arrives at Joint Base Pearl Harbor-Hickam during Rim of the Pacific 2016. Twenty-six nations, more than 40 ships and submarines, more than 200 aircraft and 25,000 personnel are participating in RIMPAC from June 30 to Aug. 4, in and around the Hawaiian Islands and Southern California. The world's largest international maritime exercise, RIMPAC provides a unique training opportunity that helps participants foster and sustain the cooperative relationships that are critical to ensuring the safety of sea lanes and security on the world's oceans. RIMPAC 2016 is the 25th exercise in the series that began in 1971. (U.S. Navy Photo By Mass Communication Specialist 2nd Class Johans Chavarro)

While the relationship between the U.S. and China has strained recently over territorial disputes in the South China Sea, the U.S. Navy announced Wednesday that it has begun training drills with a different nation with ties to the region — Vietnam, reports Stars and Stripes.

The littoral combat ship Coronado and the safeguard-class salvage ship Salvor arrived in Cam Ranh International Port, Vietnam, on July 5 to take part in the eighth annual Naval Engagement Activity Vietnam, according to a Navy release. 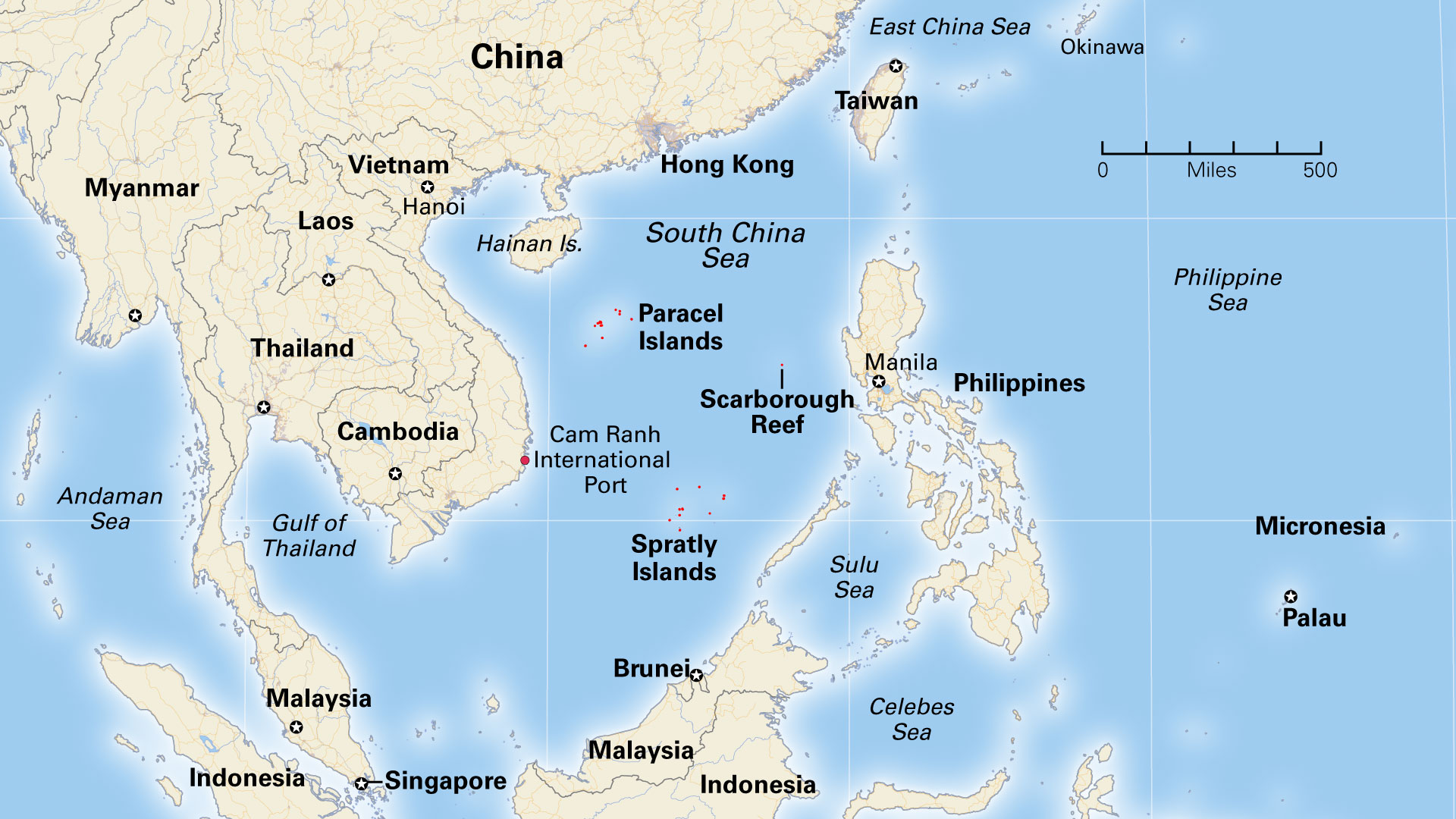 The joint training will last five days and will focus on ship handling, medical evacuations and how to handle unplanned encounters at sea, according to the Navy release.

"The United States values our comprehensive partnership with Vietnam and we look forward to deepening our relationship and people-to-people ties through engagements like NEA," said Rear Adm. Don Gabrielson, commander, Task Force 73, in the Navy release.

The annual training exercise comes just two days after China accused the U.S. of acting "provocatively" in the South China Sea. On July 3, the U.S. sent a guided-missile destroyer to sail within 12 nautical miles of Triton Island, which is claimed by China, Taiwan and Vietnam. The Chinese government saw the act as infringing on its authority.

Abu al-Hassan al-Hashimi al-Qurayshi had assumed command earlier this year after his predecessor died in a February U.S. raid.