The forward-deployed guided-missile destroyer Carney completed its two-week “show of force” in the Black Sea on March 3, and made its way back into the Aegean and Mediterranean Seas, according to a Navy release.

Carney, based in Rota, Spain, is on its fourth patrol since changing homeports in 2015, conducting operations with allies and partners.

Until recently, Carney had been operating with the guided-missile destroyer Ross, which also spent two weeks in the region, departing Feb. 28.

Carney entered the Black Sea, a nearly 750-mile-wide body of water tucked between Europe and Asia, on Feb. 17, and pulled into Varna, Bulgaria, for a four-day port visit between Feb. 18-22. 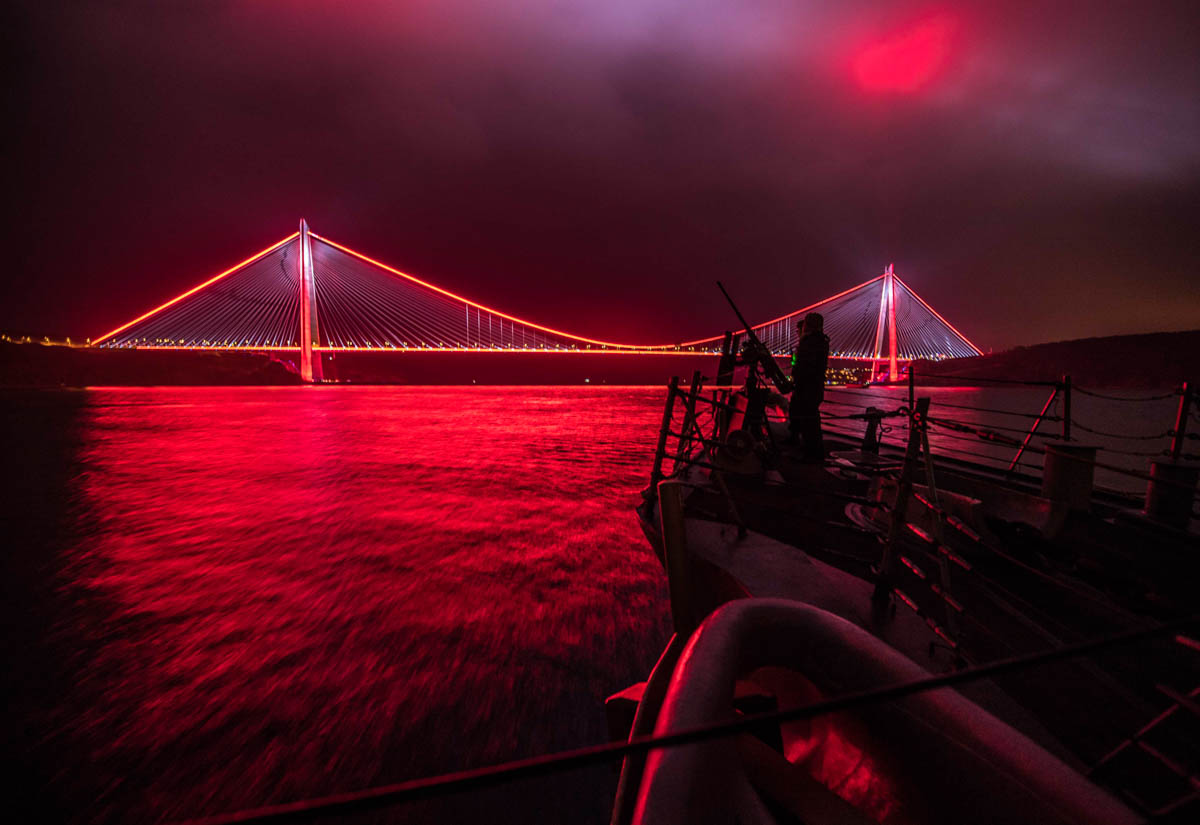 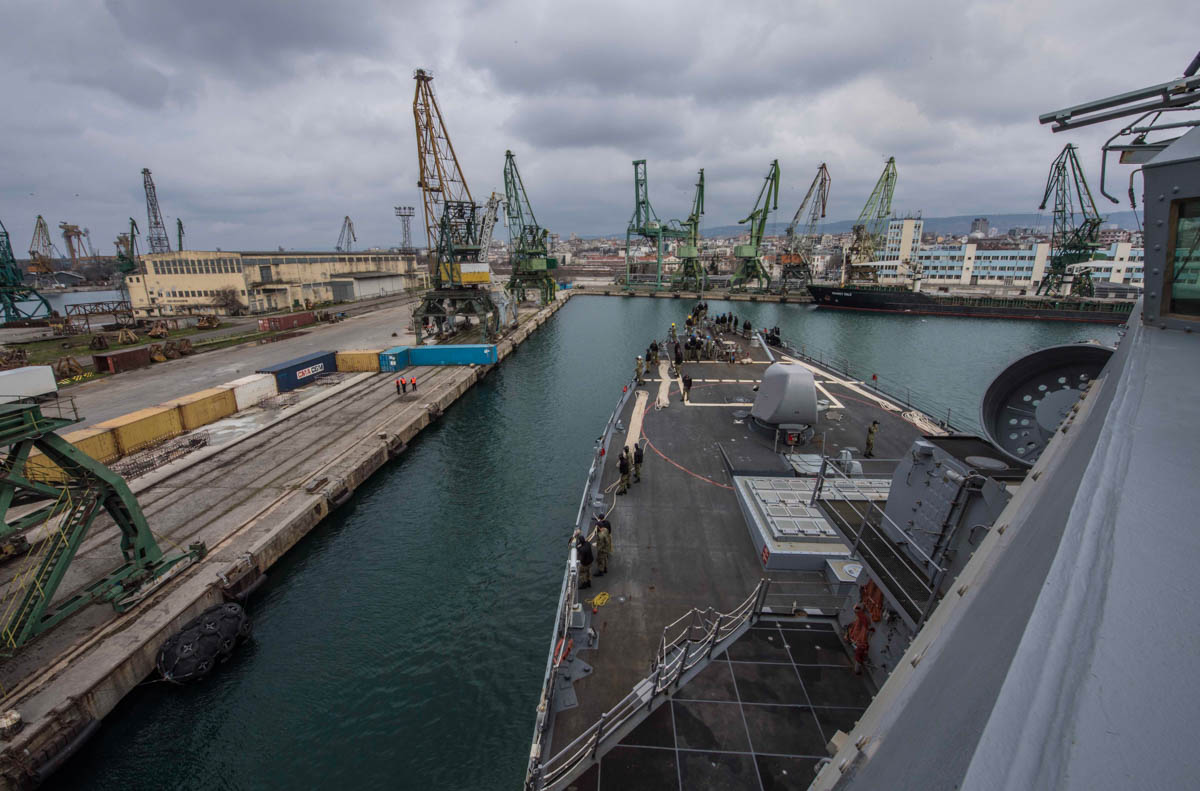 The guided-missile destroyer Carney prepares to moor in Varna, Bulgaria, for a Feb. 18, visit to the Black Sea port. (MC2 James R. Turner/Navy)
3 of 6 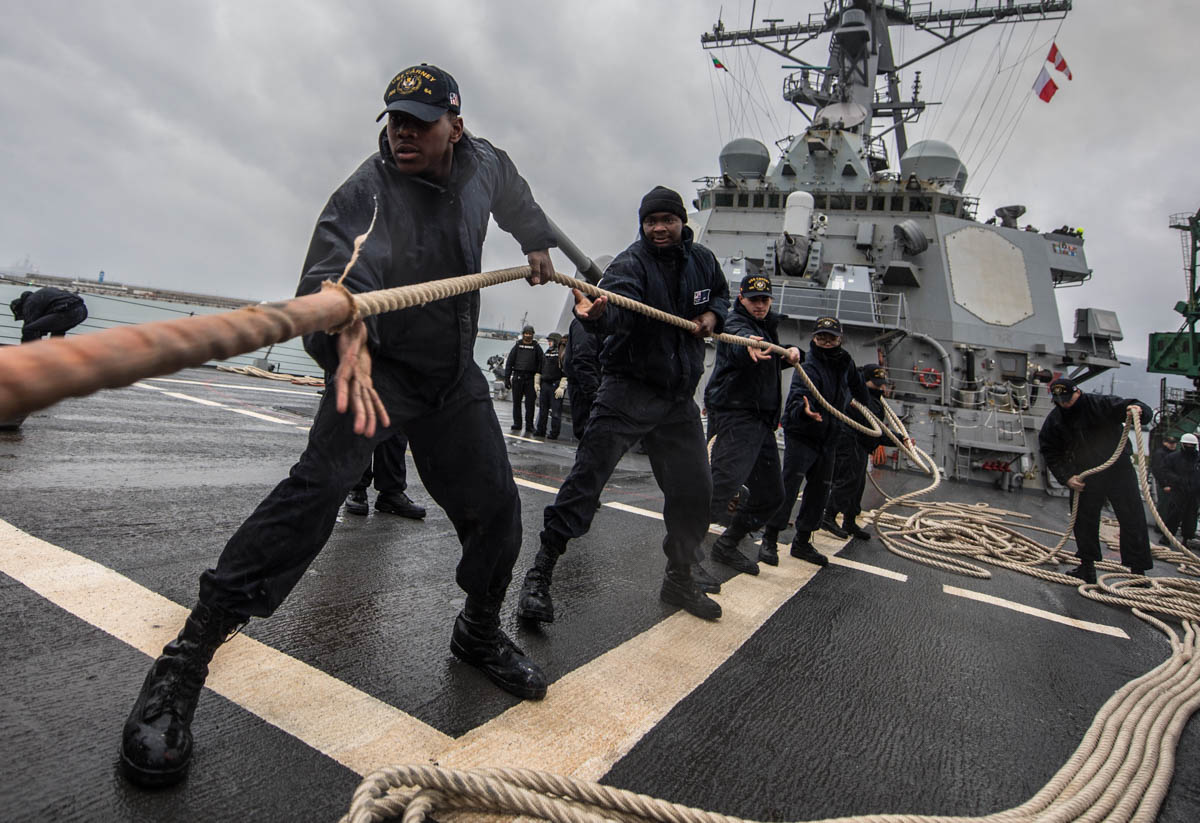 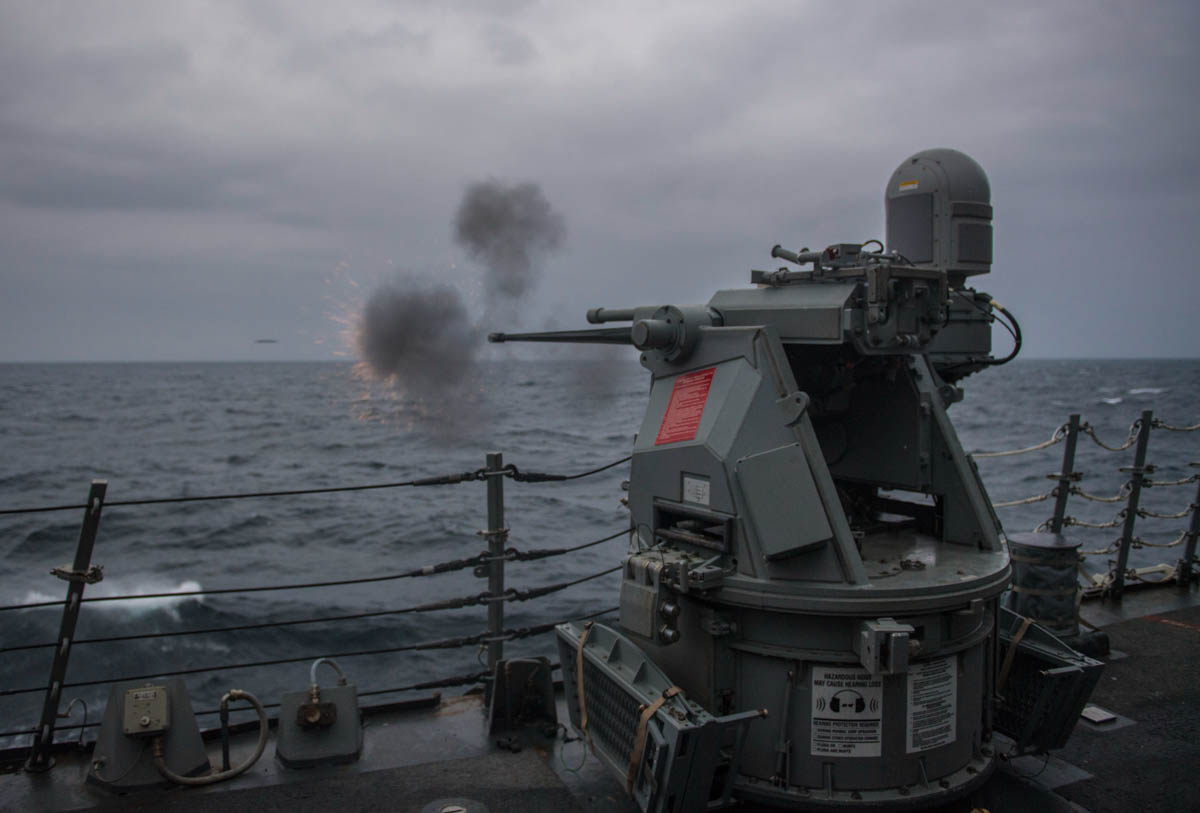 Sailors onboard the guided-missile destroyer Carney fire a Mark 38 25mm machine gun during a live-fire exercise in the Black Sea. (MC2 James R. Turner/Navy)
5 of 6 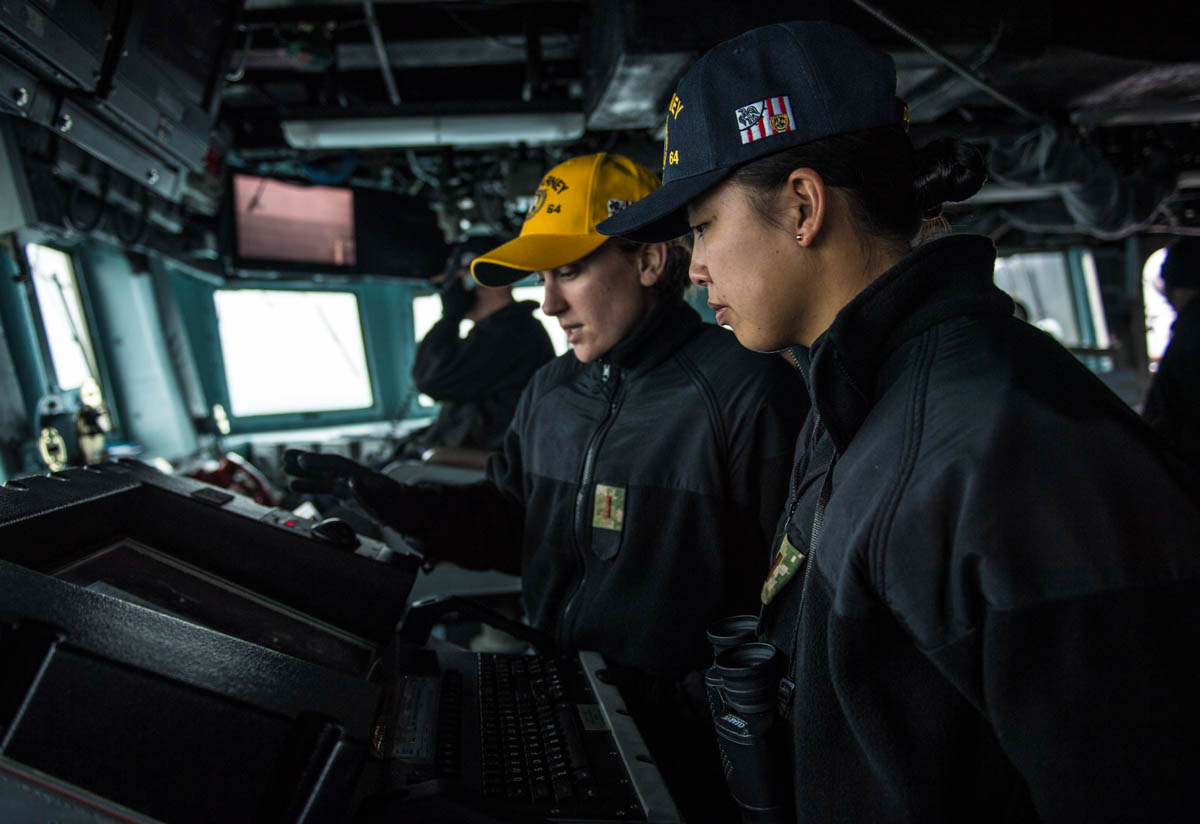 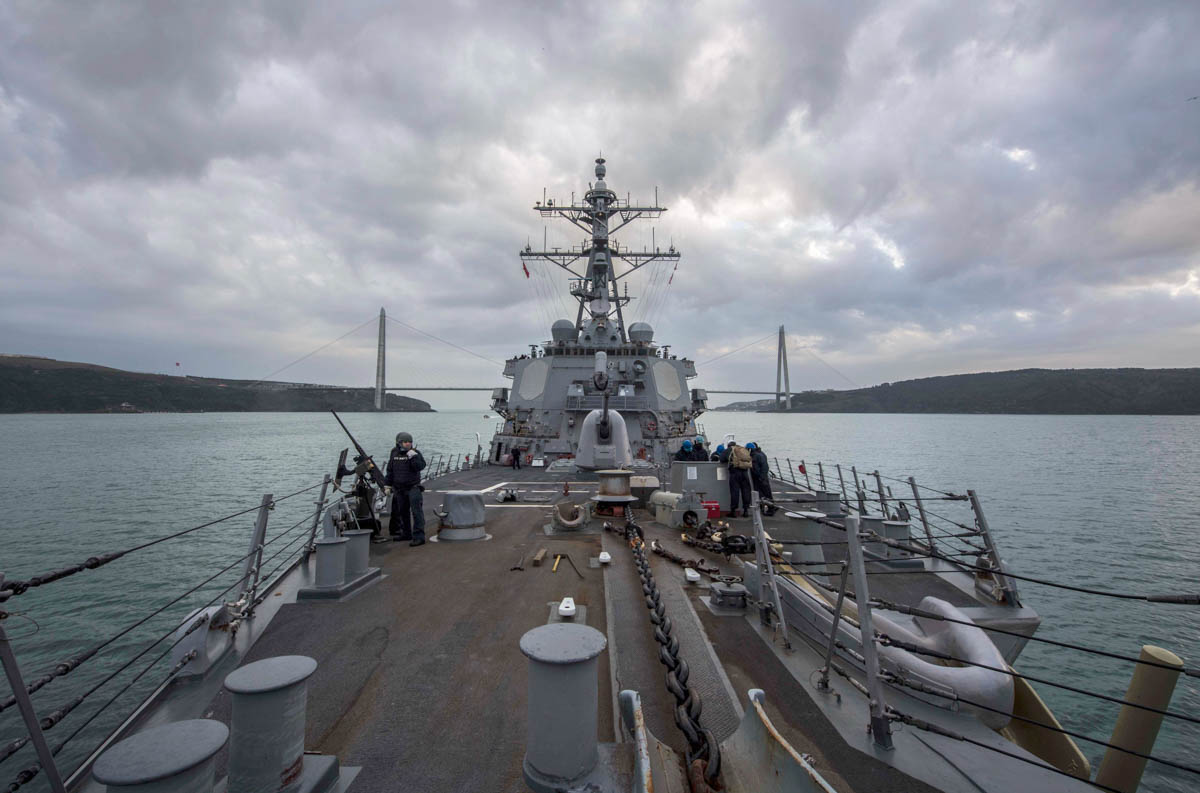 The Arleigh Burke-class guided-missile destroyer Carney transits the the Bosphorus Strait on her way back to the Mediterranean Sea after a two-week cruise in the Black Sea. (MC2 James R. Turner/Navy)

In Varna, the crew hosted the Bulgarian chief of naval operations, and sailors were able to explore the city through cultural tours.

Some of the crew were able to tour the Bulgarian Navy’s Nikola Vaptsarov Naval Academy, where sailors used simulators to conduct bilateral ship exercises with their Bulgarian counterparts.

While steaming through the Black Sea, the ship conducted several routine exercises, including gunnery training in which the ship shot its 5-inch gun, close-in weapons system and 25mm guns.

The deployment comes as Russia continues to militarize the Crimean Peninsula.

On her way out of the Black Sea, Carney completed a replenishment-at-sea with the Turkish mine-class open sea fuel tanker Kudret Gngr.

“During our mission in the Black Sea, Carney was able to work with and train alongside some of our NATO allies.” said Cmdr. Peter Halvorsen, commanding officer of Carney. “It is through these types of events that we both improve our joint capability and show just how important the alliance is to maintaining peace and security in the region.”

Troops from across the Australian services have been called into action in response to the wildfires burning across the country there. From evacuations to food, fuel and supply deliveries, elements of each branch have had a part to play. See them in action.
Close
Now Playing