The ship is currently preparing for a trip up the Chesapeake Bay and Potomac River to Washington for the annual Sea, Air and Space symposium, which kicks off April 9.

And it will be open for tours, Navy officials say.

Capable of speeds of up to 60 knots, the craft was designed to test the concept of having multiple, high-speed and networked, shallow-draft boats that can operate together in the littorals.

But over the years, it’s spent it’s life demonstrating technology, from transporting Navy SEALs to battle to showing off lots of other cool toys the military would ike to see in action. .

It was designed with a shallow draft of just three feet, making it ideal to operate in littoral and riverine environments. It can cruise for 500 nautical miles at a speed of 40 knots on a single tank of gas. 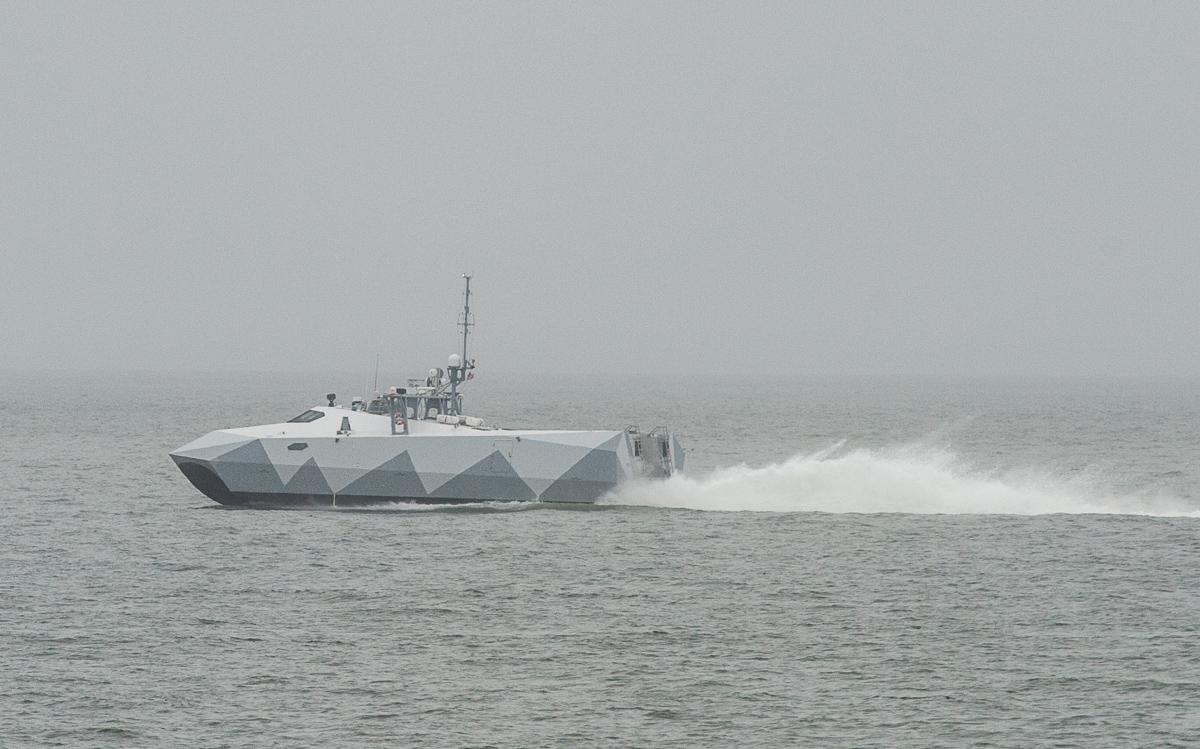 Norfolk, Va. (April 2, 2017) The Navy's cool looking M80 Stiletto test-bed ship speeds through the Chesapeake Bay towards Hampton Roads on April 3 . Capable of speeds of up to 60 knots, the craft was designed to take Navy SEALs to battle, but has ended up testing the coolest new toys the Navy is considering buying. The ship is preparing for a trip to Washington, D.C. for the annual Sea, Air and Space Symposium that starts April 11. (photo by Mark D. Faram/staff)
2 of 5 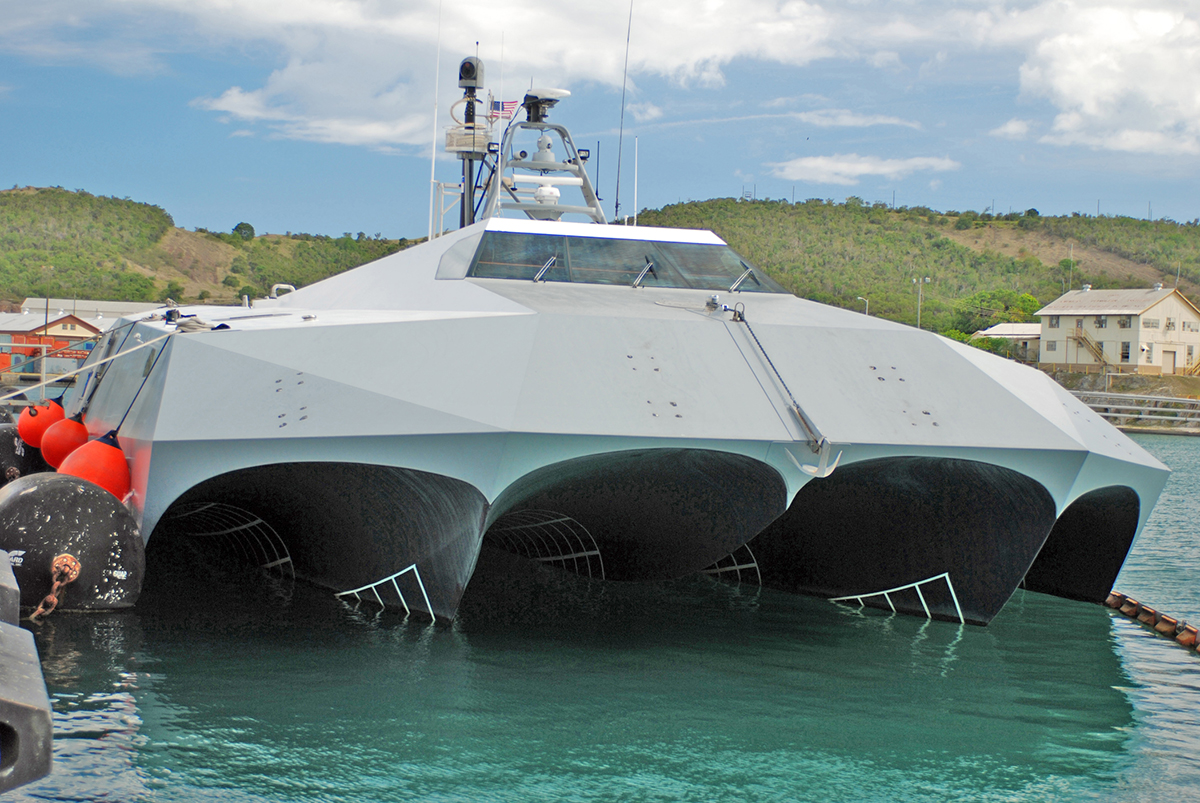 GUANTANAMO BAY, Cuba (June 11, 2008) Stiletto sits pier side during a refueling before conducting counter-illicit trafficking operations in the Caribbean. (photo by MC2 Nat Moger/Navy)
3 of 5 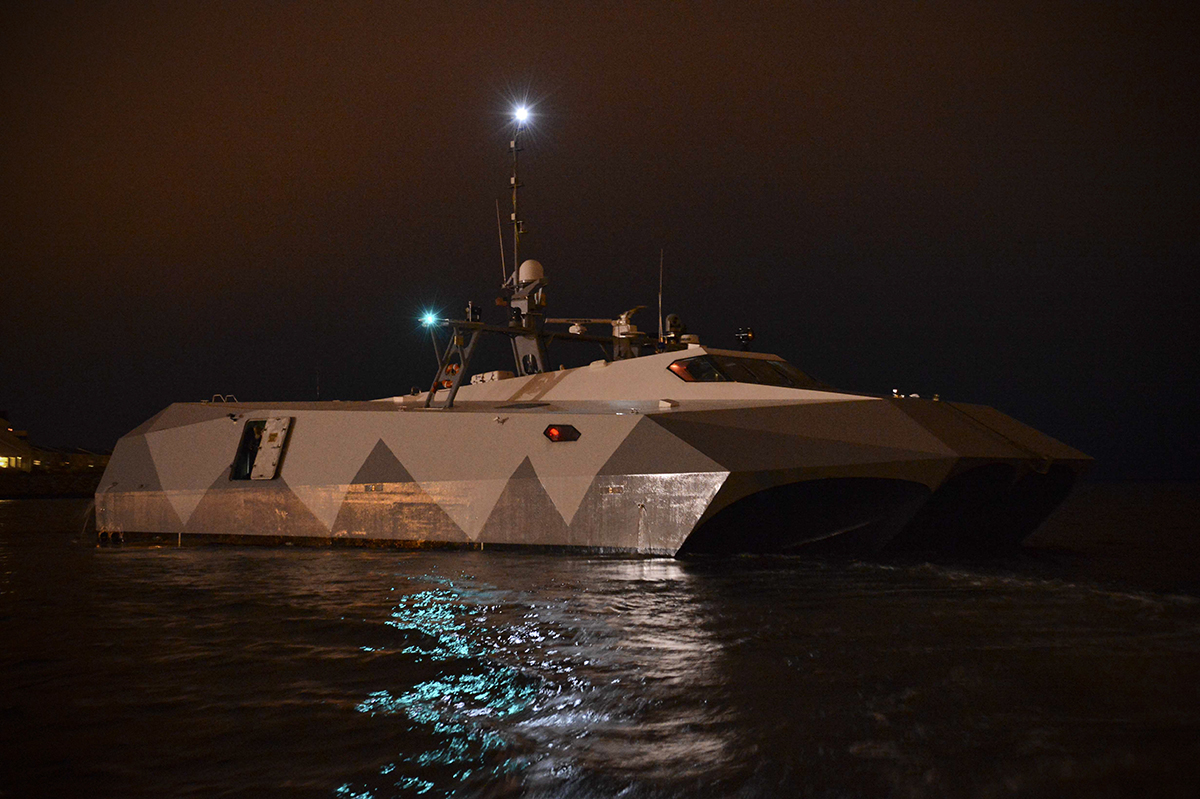 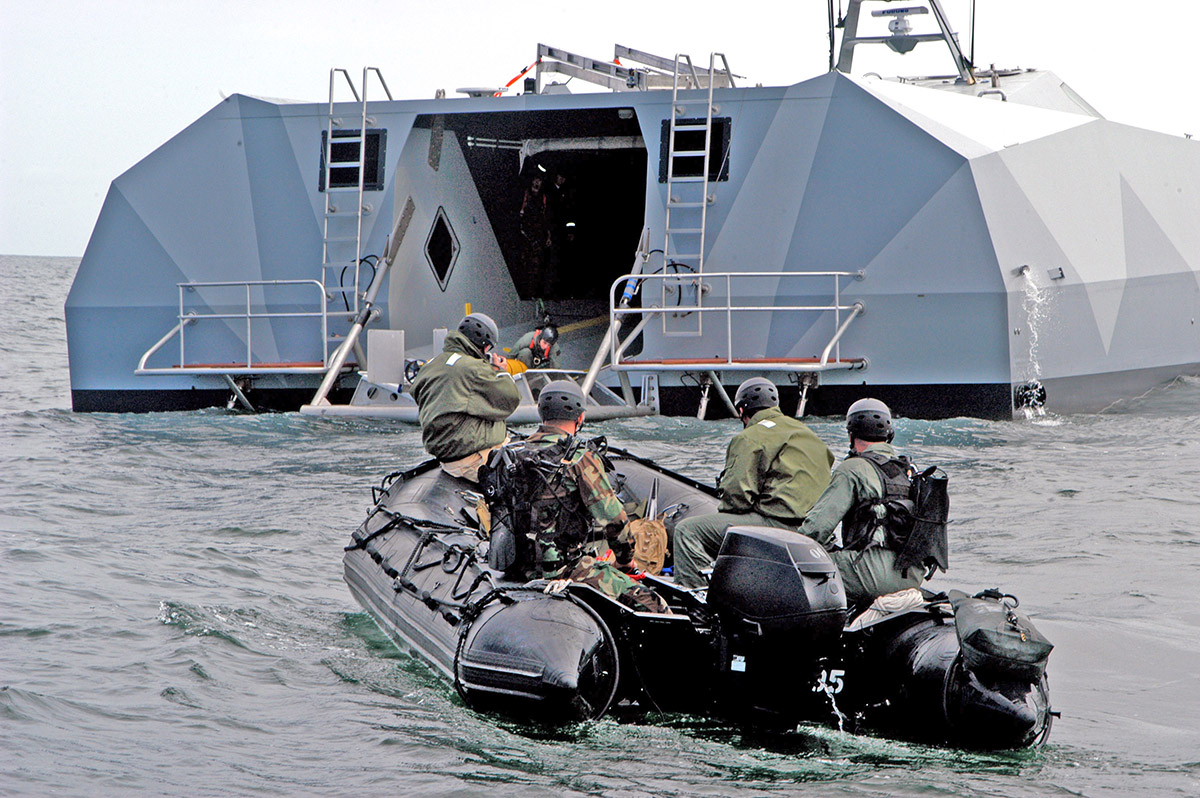 San Diego (May 6, 2006) - Sailors assigned to Naval Special Clearance Team One (NSCT-1) prepare to enter the well deck aboard experimental boat ship Stiletto off the coast of San Diego. Members of NSCT-1 are participating in Exercise Howler. Stiletto is being tested for its usefulness in littoral combat warfare and interoperable environments. (photo by PHAN Damien Horvath/Navy)
5 of 5 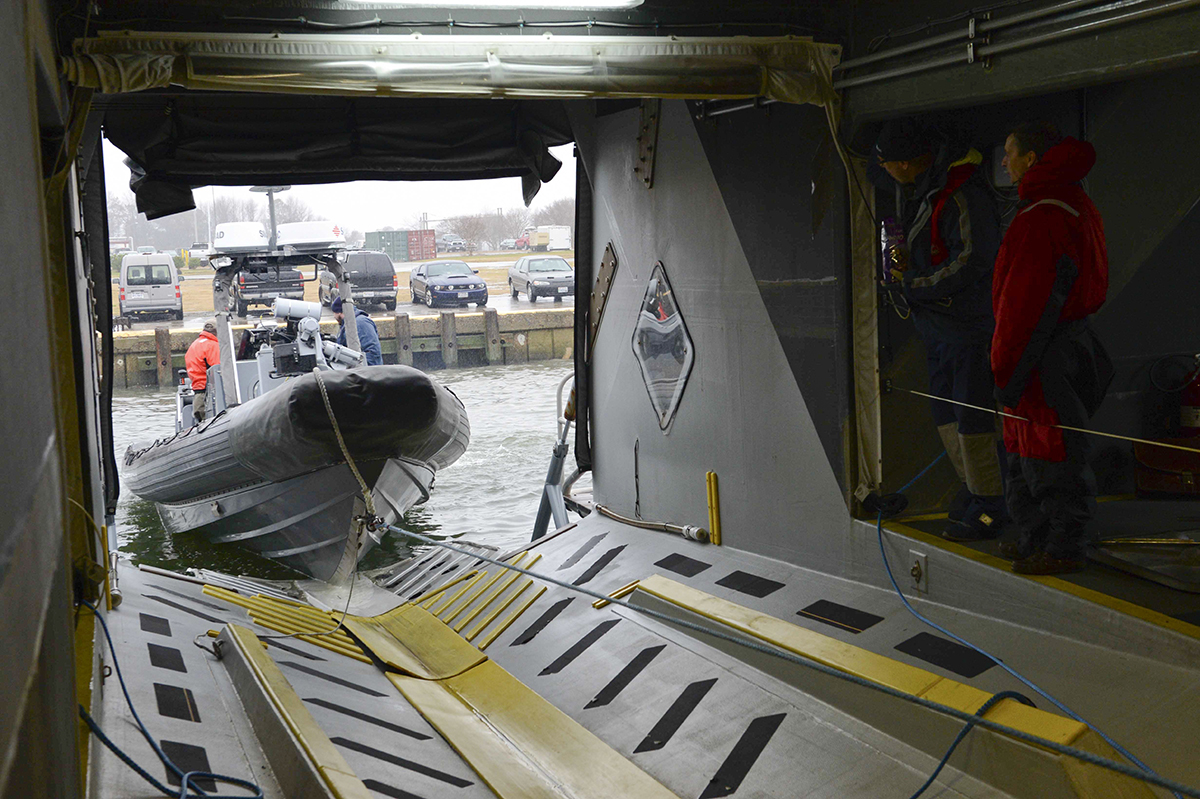 It weighs 45 tons unloaded and can be hoisted onto a cargo ship, but it can also carry up to 20 tons of cargo.

Though it has spent most of it’s existence in research and development, the Stiletto has been operational. In 2008, it deployed on a 70-day mission for U.S. Southern Command, conducting counter-drug operations in the Caribbean.

Since then, it’s completed odd jobs and research and development for the Navy, something officials say it will continue to do.

A bigger Navy, some stolen valor and the Marines recruit Gen Z ― The Briefing, 9.24.20

The Secretary of Defense lends support for a Navy big enough to push back China, and the Army sends troops to elbow back Russians in Syria. Meanwhile, a Medal of Honor recipient gets an ugly surprise on returning from a trip, and how should the Marine Corps try to court Gen Zers? Check out its latest ad. All that and more on The Briefing for 9.24.2020.
Close
Now Playing