A Navy officer died last month in an off-duty diving mishap at Kewalo Basin, Hawaii, less than a year after he’d completed a permanent change-of-station move to the island from Washington state aboard a 36-foot sailboat.

Ensign Brian Bugge, 35, had taken on diving with a rebreather as “his next adventure” shortly after settling down on the island, his wife, Ashley Bugge, said May 31. The apparatus allows divers to recycle their air.

Bugge was pulled, unresponsive, from the water by his instructor during a training dive the morning of May 20, Ashley said. Resuscitation efforts on scene, and later at a nearby hospital, proved unsuccessful.

The Bugge family ― including 3-year-old Izzy and 2-year-old Hudson ― moved to Hawaii from Washington state last summer. Ashley Bugge found out late last year she was pregnant with their third child, due in August.

“His whole mantra was, ‘No bucket list. If you want to do something, make it happen.’” Ashley said of her husband.

Brian Bugge was interested in underwater photography and had taken to the rebreather as his main pursuit outside his work as integrated undersea surveillance systems training and assessments officer with Submarine Force Pacific, Ashley said.

Have boat, will travel: One sailor's PCS across the Pacific in a 36-footer

Gig Harbor to Pearl Harbor in three weeks. Not bad for a 40-year-old sailboat.

“What more could you want for someone who you love so dearly than to see them go out doing something that made them happy?” she said. “Doing something they were so passionate about? ... He went out doing exactly what he loved. I’m so thankful for that, truly.”

The official cause of death has not been determined. Autopsy results aren’t expected for months, Ashley Bugge said, though a doctor told her there were no obvious signs that a medical issue unrelated to the dive caused her husband’s death. Experts are reviewing the equipment for possible mechanical flaws.

“There were two things that I could always depend on Brian for: the deckplate truth and hearing about his next adventure with Ashley and the kids,” said retired Lt. Cmdr. Brian Nuss, who served with Bugge in Washington at Submarine Development Squadron 5, which oversaw unmanned undersea vehicles. “I always looked forward to seeing the new pictures he would post on his desk and him telling me of the scene to get that one shot.”

Bugge reported to Naval Station Great Lakes, Illinois, for basic training in 2003 and made chief in about 10 years. He earned his commission as a submarine electronics limited duty officer in August 2017, a move Nuss had pushed Bugge to make.

“To me, there was no question of would he make a great limited duty officer, but more of when could he get commissioned as a LDO, the sooner the better,” Nuss said via email.

The month before, then-Chief Sonar Technician (Submarines) Bugge had spent three weeks aboard the Stay Gold, covering about 2,300 nautical miles with his three crew members before an engine issue stopped the journey short a few miles from Pearl Harbor.

Bugge told Military Times shortly after the trip that upgrades to the boat and trip supplies set him back about $20,000, or $4,000 more than he paid for the boat in the first place. 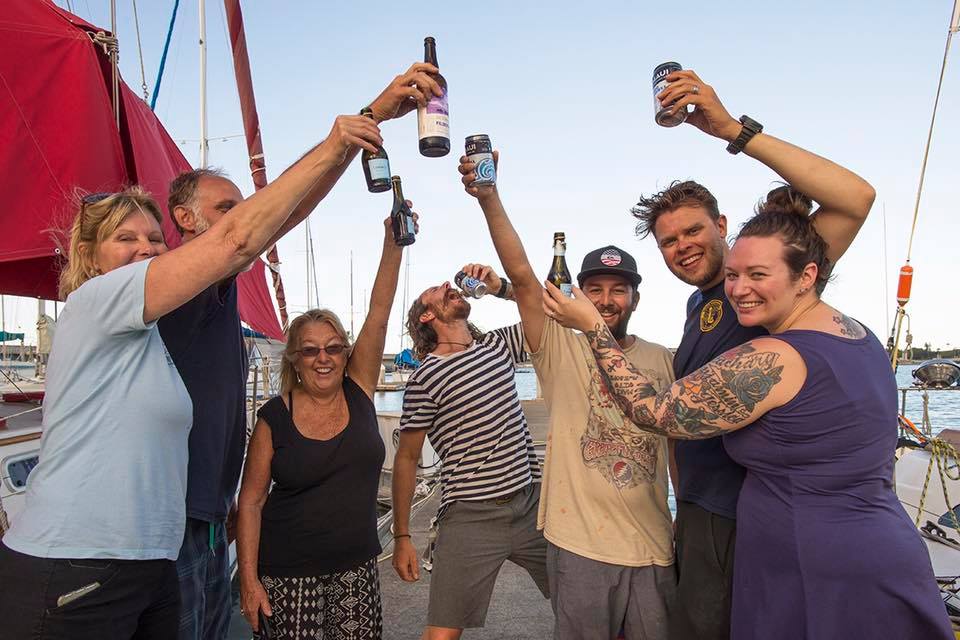 Stay Gold crew members and family celebrate the conclusion of their three-week journey from Washington to Hawaii. (Courtesy of Ashley Bugge)
2 of 12 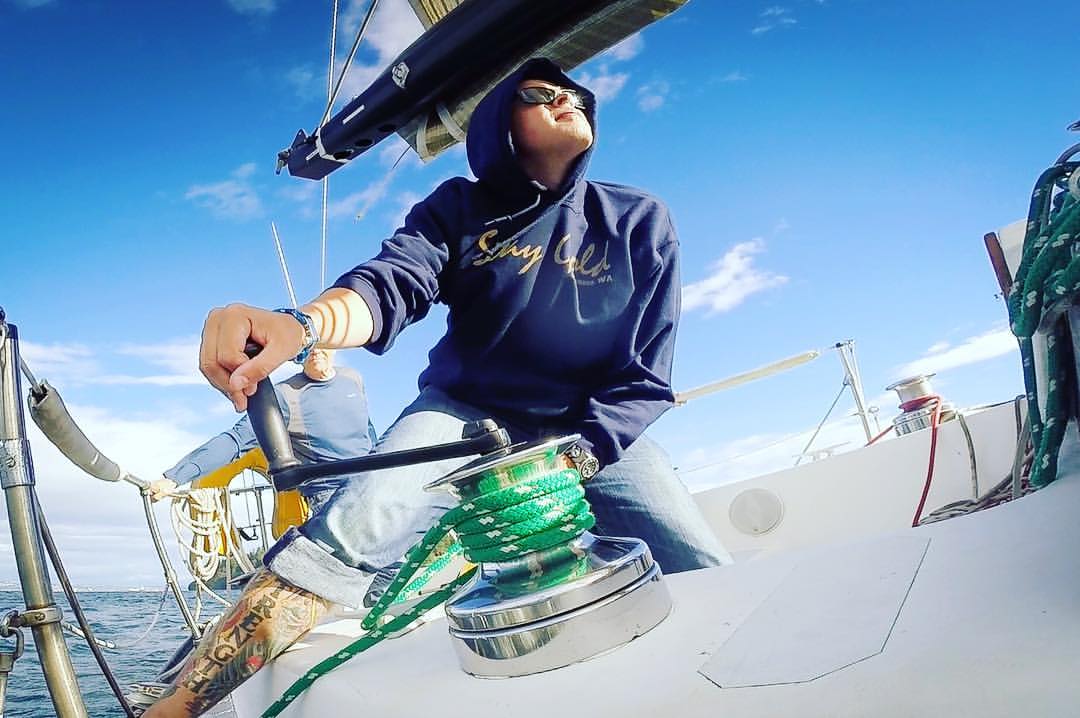 Brian Bugge works the winch aboard the Stay Gold on a windy day on the Puget Sound. Now an ensign, Bugge previously served as a chief petty officer. (Courtesy of Ashley Bugge)
3 of 12 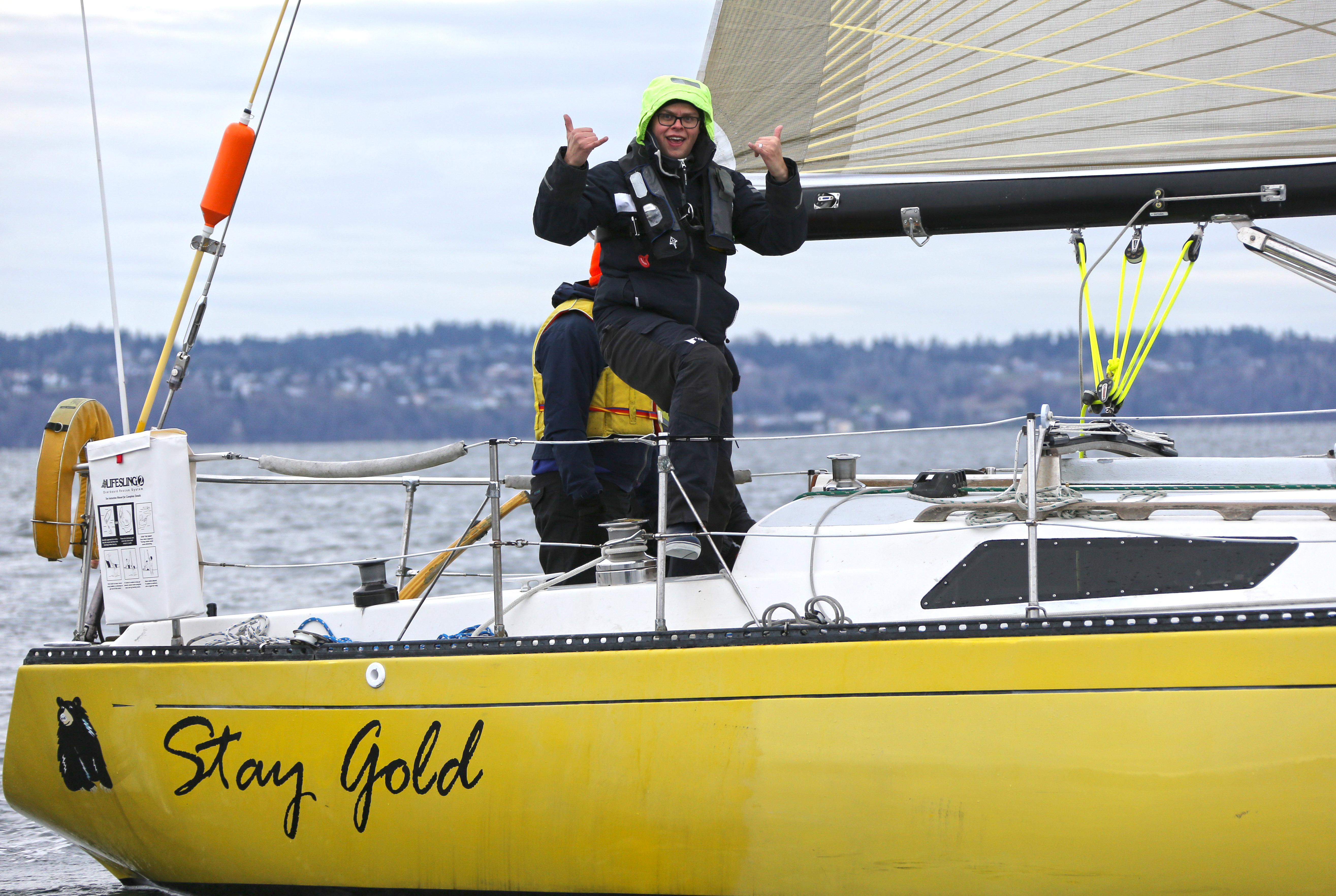 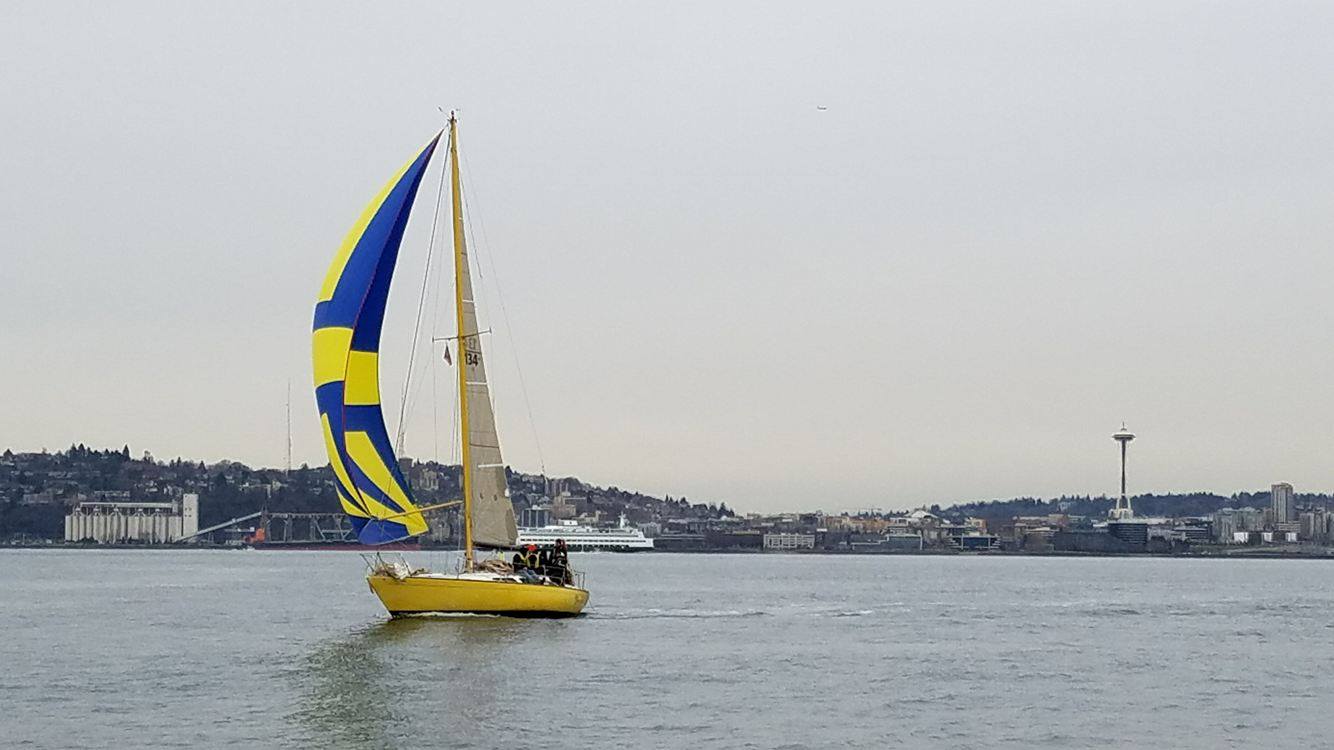 The Stay Gold under sail (with spinnaker) during a winter race. The Seattle skyline stands in the background. (Courtesy of Ashley Bugge)
5 of 12 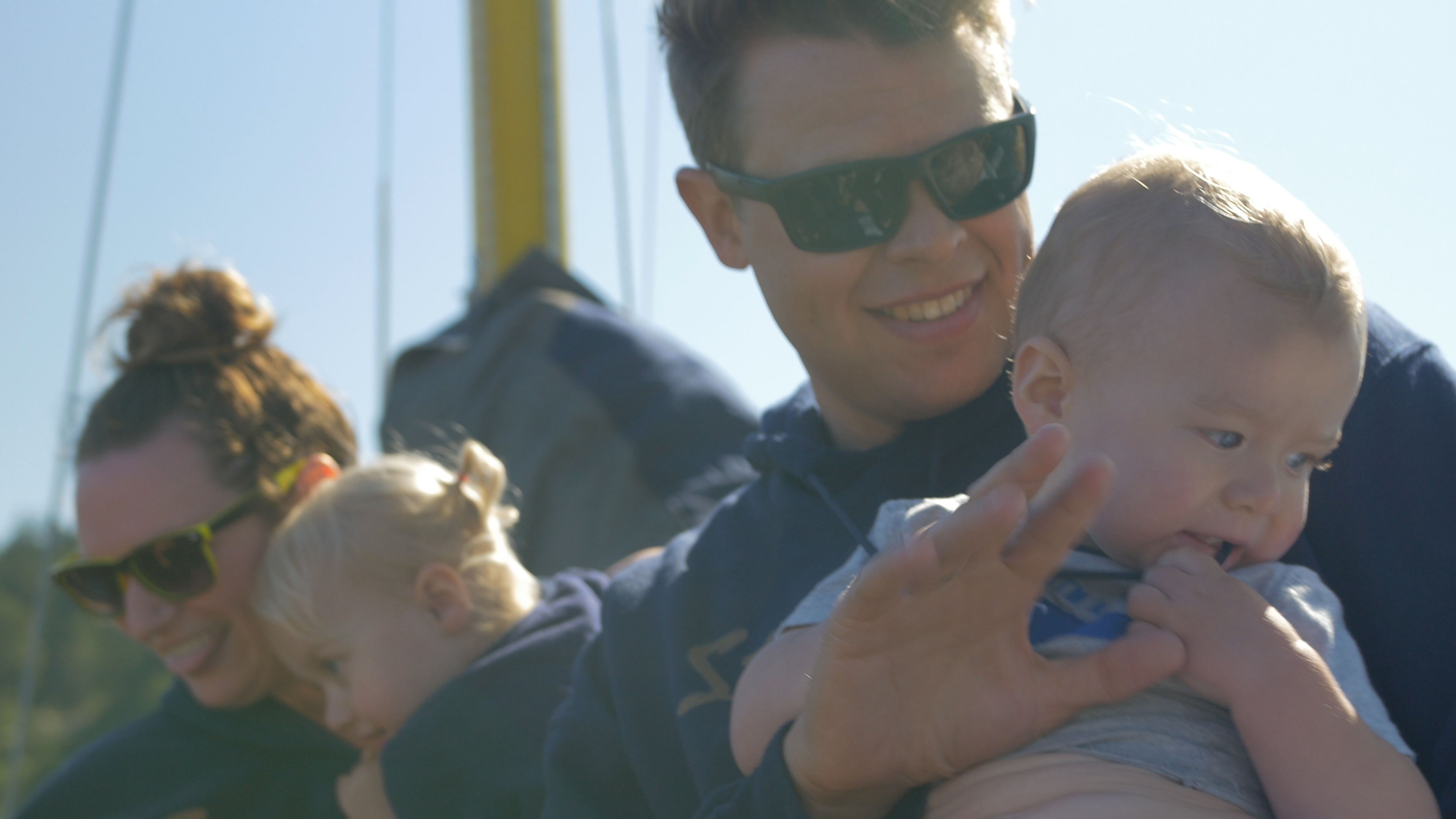 Brian Bugge poses with wife Ashley, daughter Isabel (3) and son Hudson (1) for one last family photo as final preparations are made for the sailor's trip to Hawaii. (Courtesy of Ashley Bugge)
6 of 12 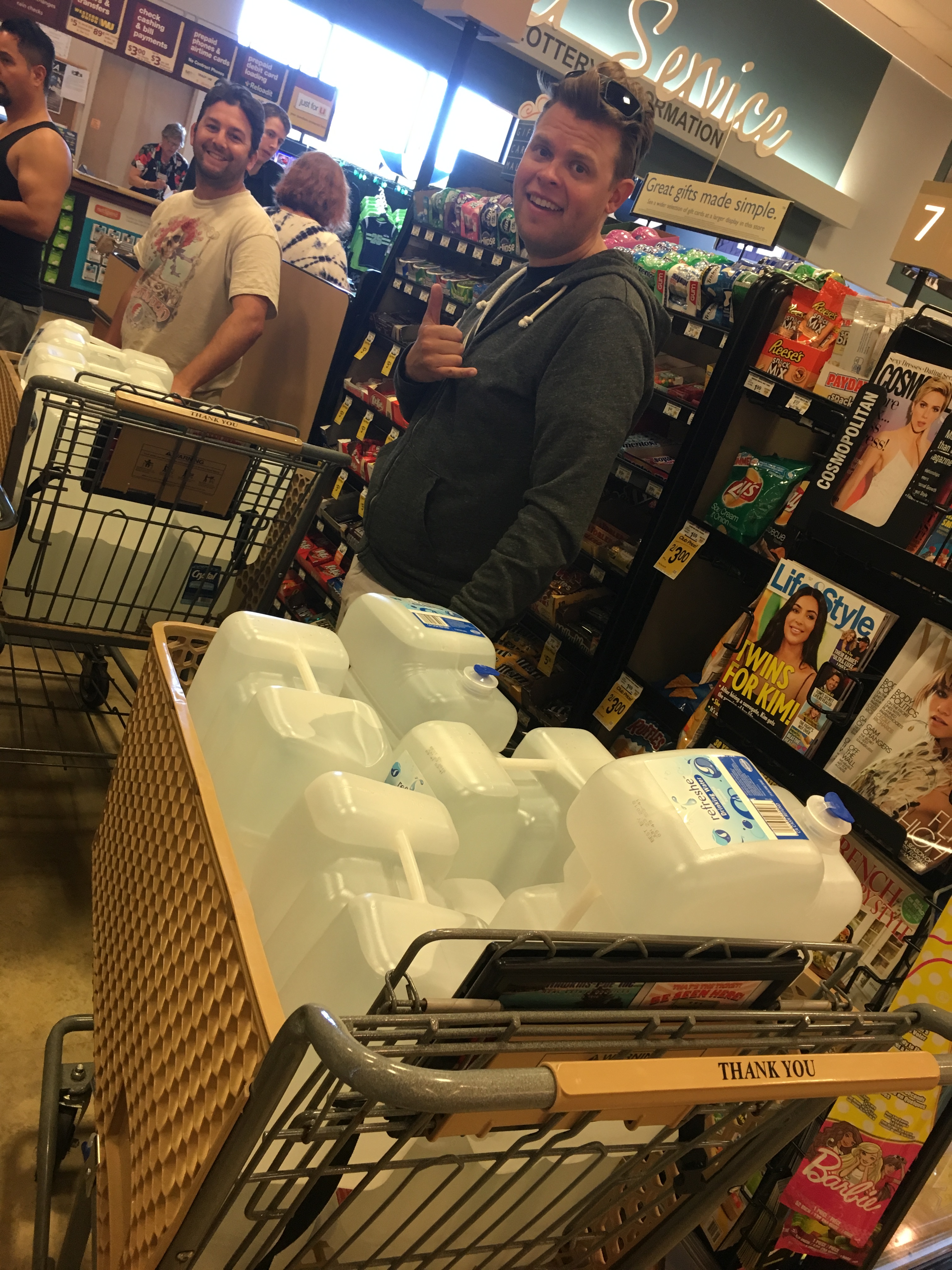 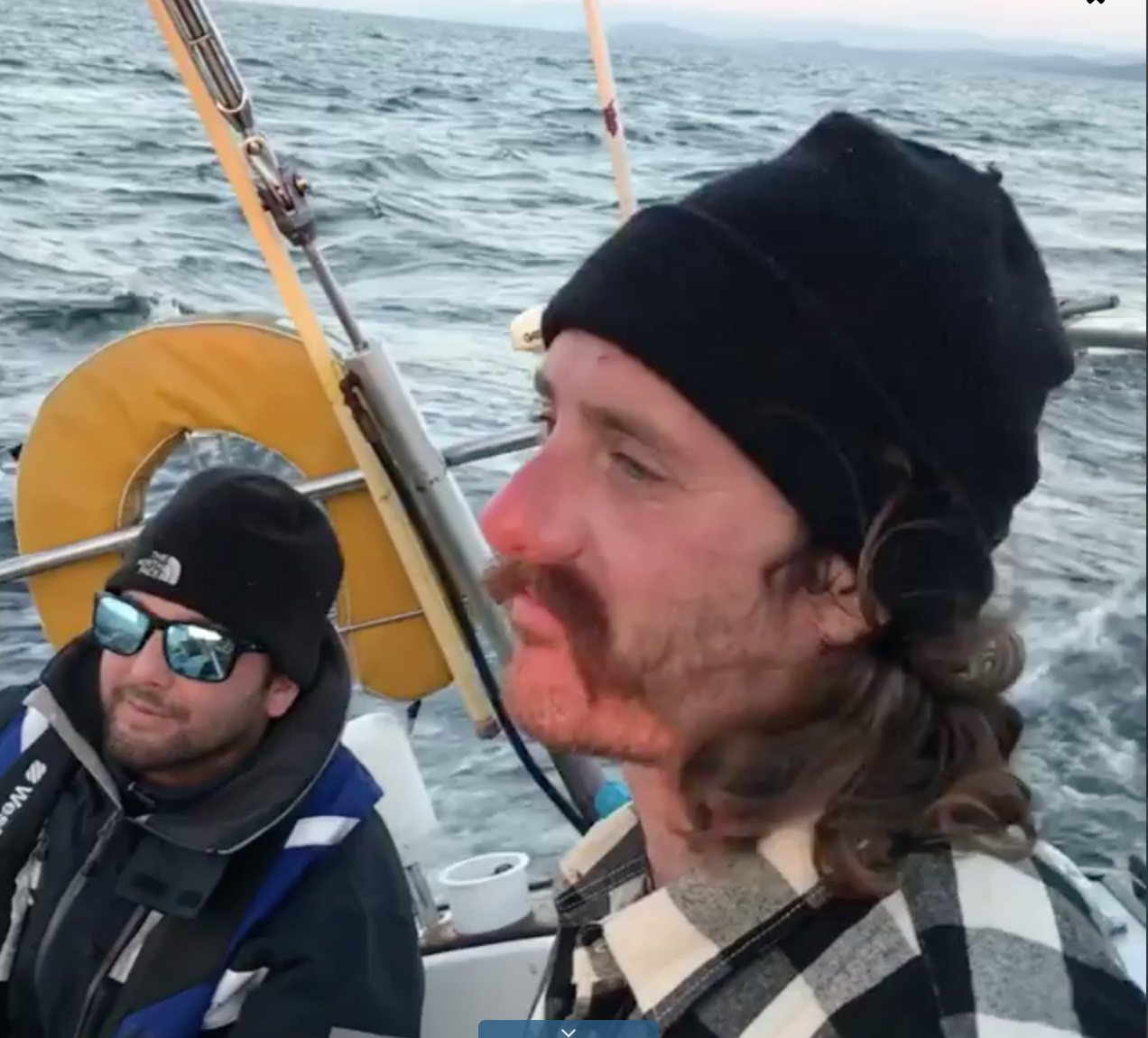 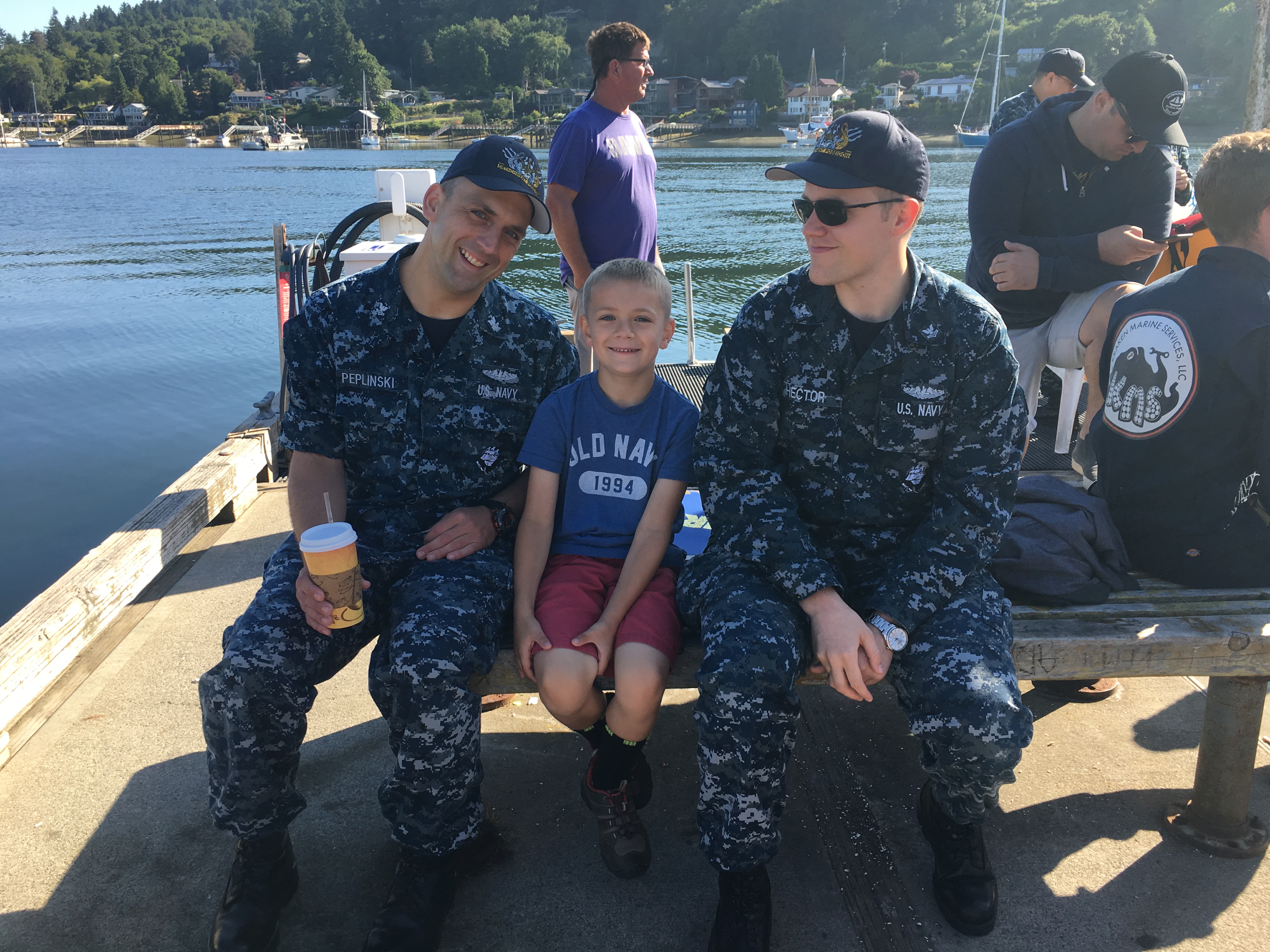 Sailors from then-Chief Sonar Technician (Submarines) Brian Bugge’s unit participated in the bon-voyage ceremony prior to his sail from Washington to Hawaii. (Courtesy of Ashley Bugge)
9 of 12 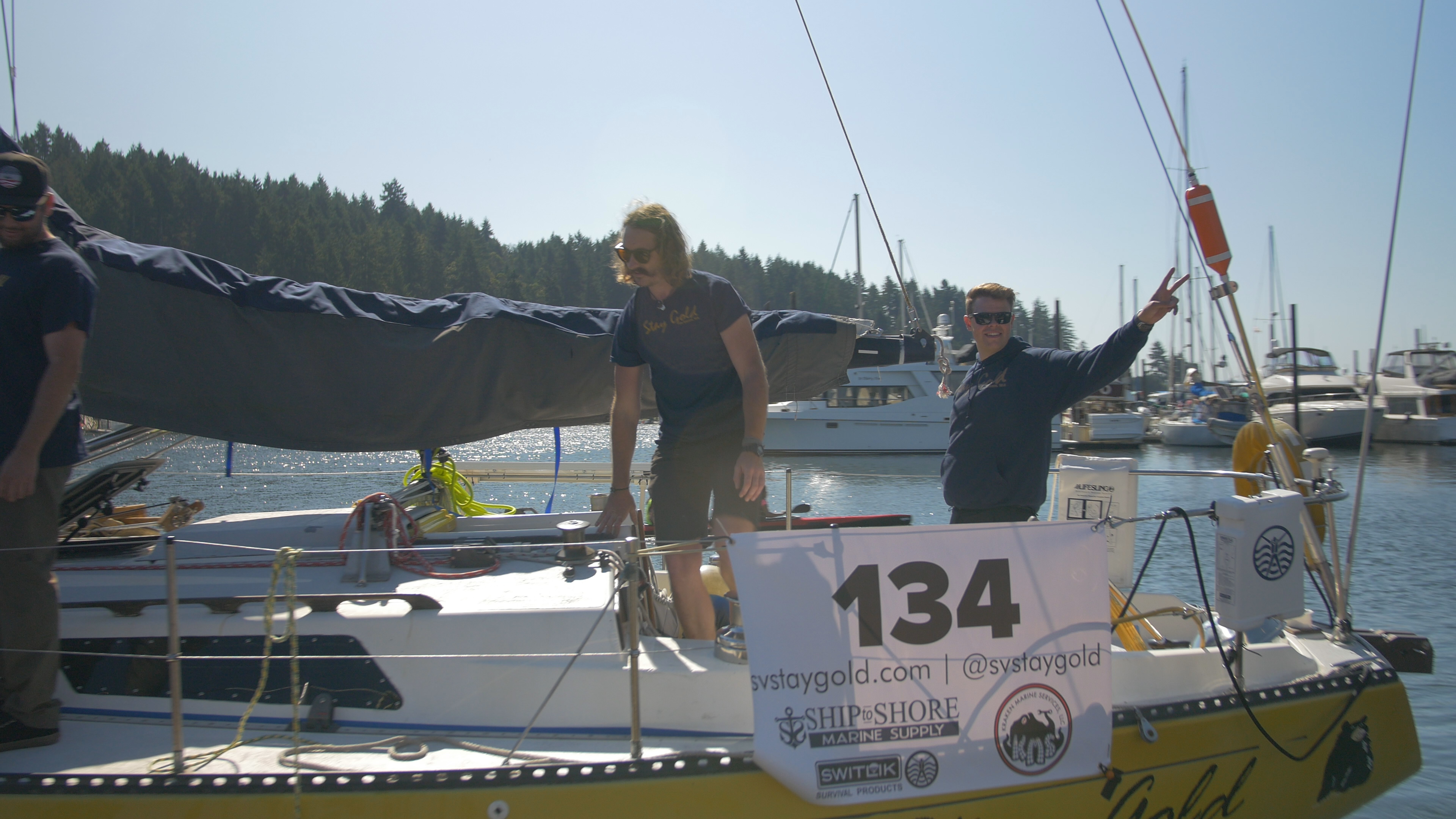 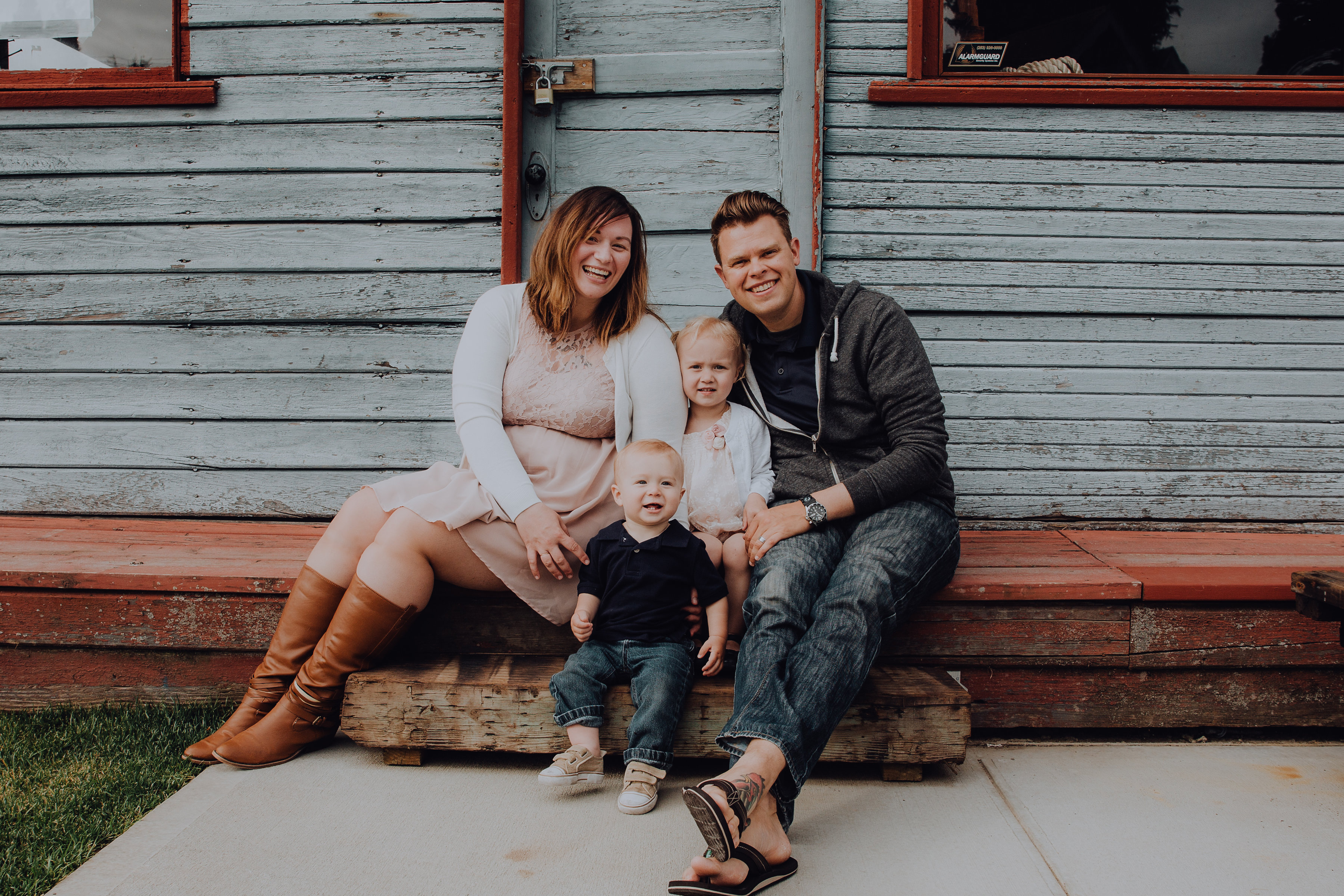 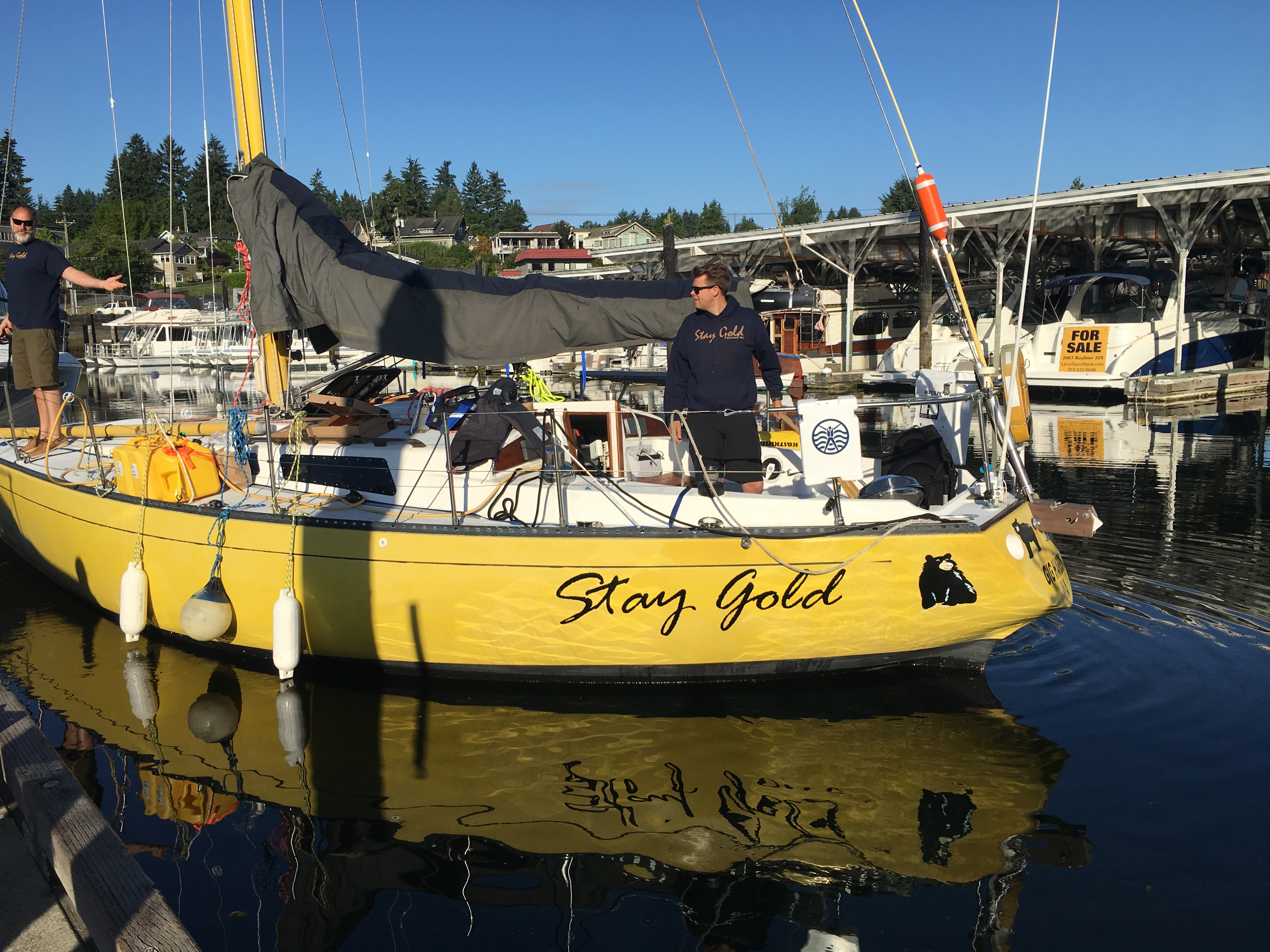 The 36-foot sailboat Stay Gold made it from Washington state to Hawaii in 21 days. (Courtesy of Ashley Bugge)
12 of 12 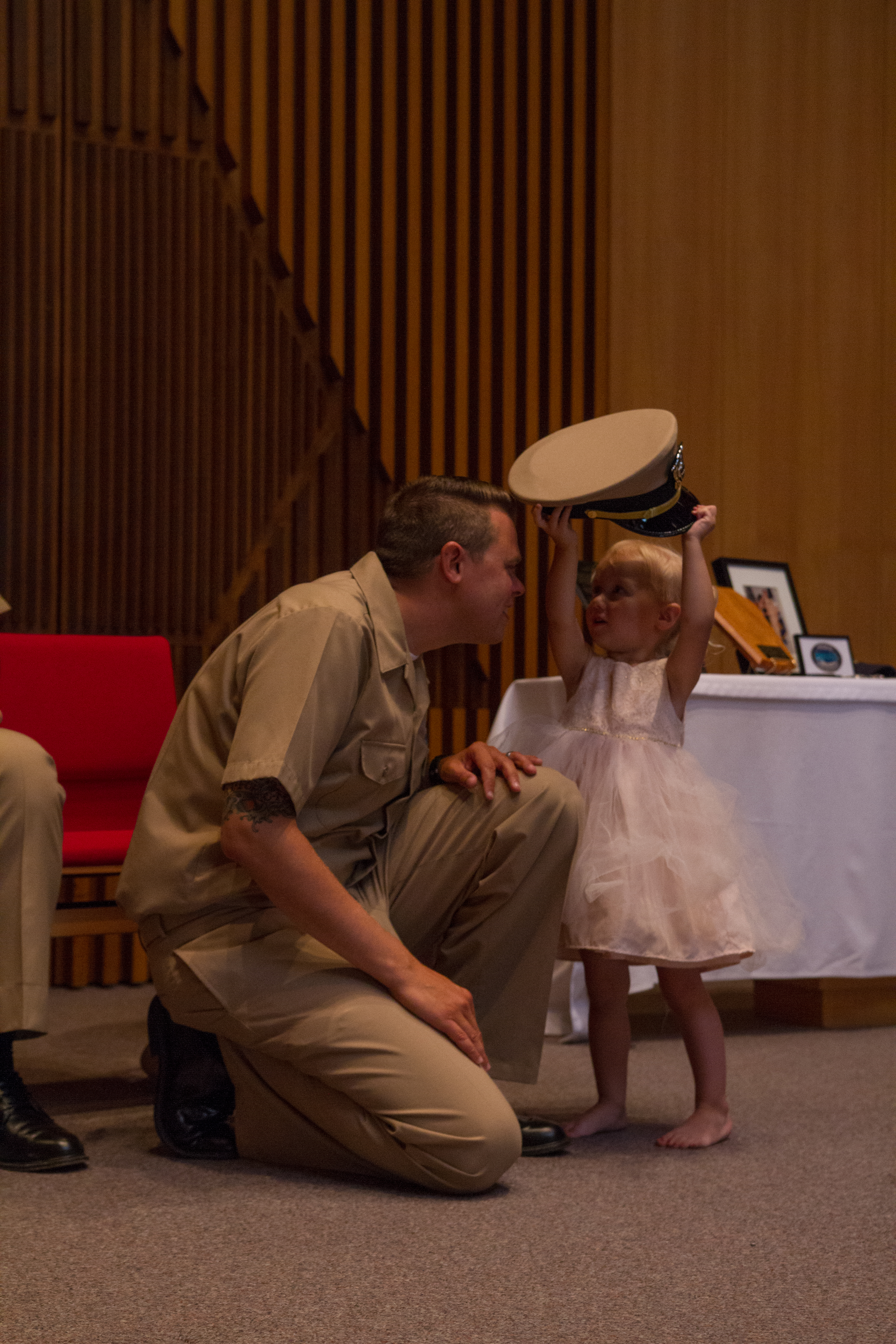 Recently, the ensign had spoken with Navy officials about a future assignment at Naval Base Ventura County, California, after his time in Hawaii was over, Ashley Bugge said. Instead, at least temporarily, the family will move to Boise, Idaho, where her husband’s family lives.

A crowd-funding effort to support the family has raised more than $21,000 in 14 days. Ashley Bugge said she’s received all the support she could ask for from the Navy community, both in Hawaii and worldwide.

“There are people reaching out to me that I’ve never met,” she said. “I can’t say enough ‘thank you’ to the Navy.”

She also said she hopes to establish a scholarship fund that would allow others to participate in dive training similar to her husband’s.

Ensign Brian Bugge had taken up diving with a rebreather shortly after arriving in Hawaii, his wife said. (Courtesy of Ashley Bugge)

“I truly considered him my relief,” Nuss said. “He was commissioned in August and I retired in September. ... I was relieved by those that I trained and led.”

Benefits for hypertension a top priority in vets committee

Sen. Jon Tester, the new chairman of the Senate Veterans' Affairs Committee, talks about one his lead priorities for legislation in the coming session.
Close
Now Playing