The Navy’s quest for a single safety boot for sailors at sea continues and an optional upgrade is on Navy Exchange shelves now, but few are buying it.

If you haven’t spotted it yet, it’s the next generation of rugged maritime footwear, what designers have dubbed the “I Boot-4” because it’s supposed to improve four major comfort areas.

The revamped boot addresses the long list of complaints that have plagued the service since it switched to the Navy Working Uniform Type I in 2008. Critics have lambasted the NWU boots for being uncomfortable, difficult to break in, untrustworthy on some surfaces and dogged by durability problems.

In October, Navy Exchange started stocking the I Boot-4 versions. But by Dec. 30, sailors worldwide had bought only 924 pairs, according to Navy Exchange Service Command spokeswoman Courtney Williams.

She told Navy Times that the new boots are performing “as expected" but during the same time her stores sold 7,077 pairs of the standard 9-inch steel toe NWU “seabag” replacement boot.

Meet The New I Boot-4 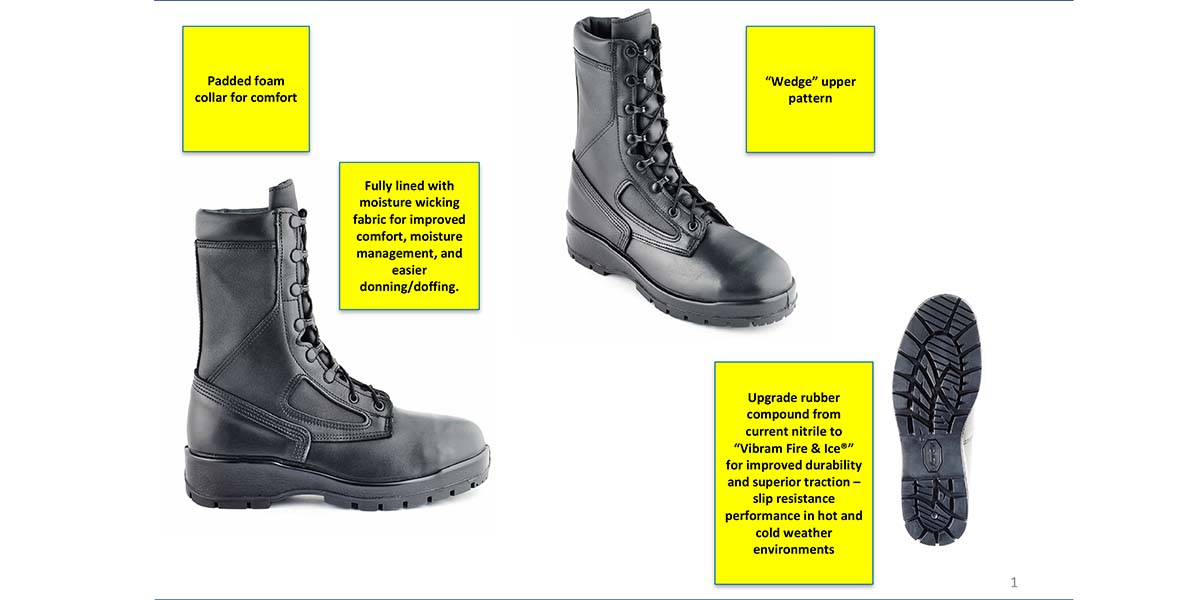 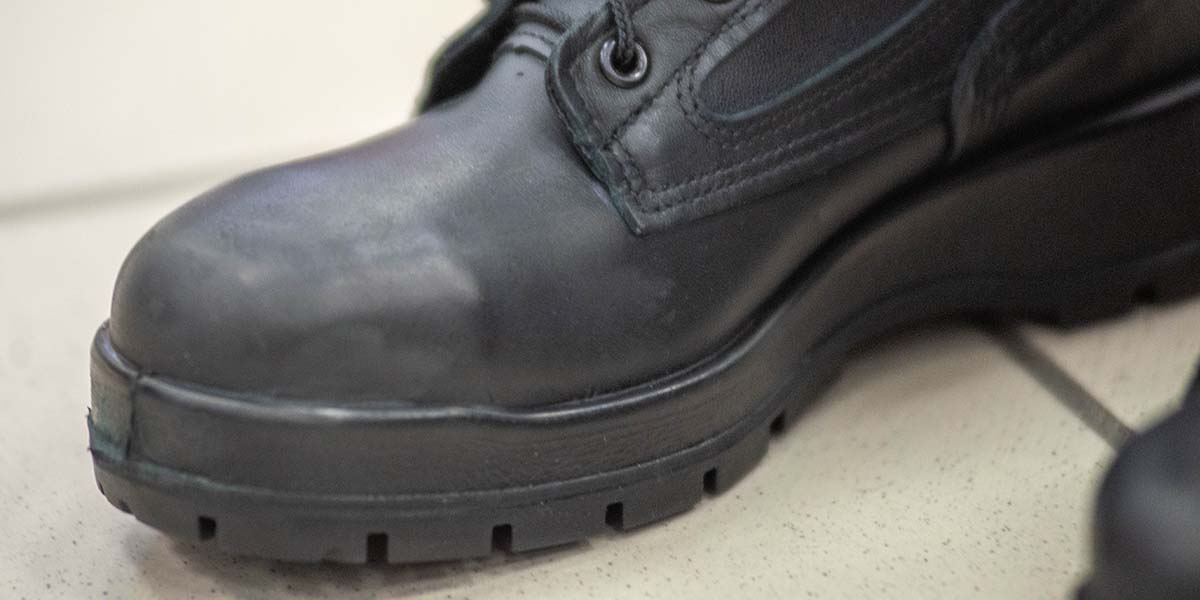 A toe-on view of the I Boot-4's safety toe and newly developed sole. (Mark D. Faram/staff)
3 of 6 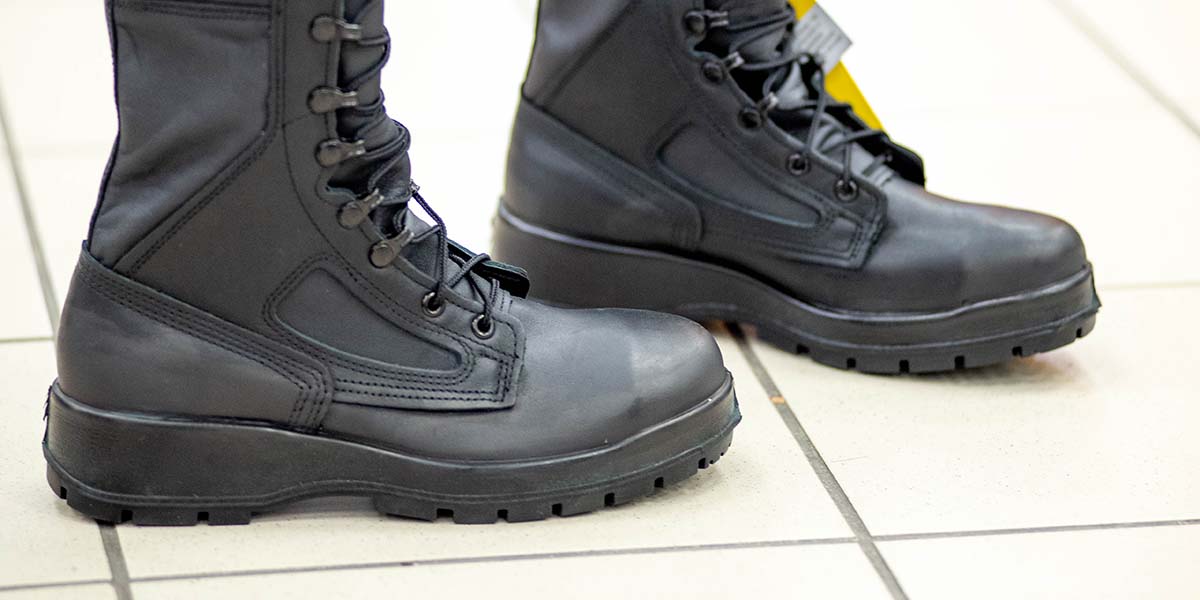 Side detail of the The Navy's new improved safety boot for industrial and at-sea environments. (Mark D. Faram/staff)
4 of 6 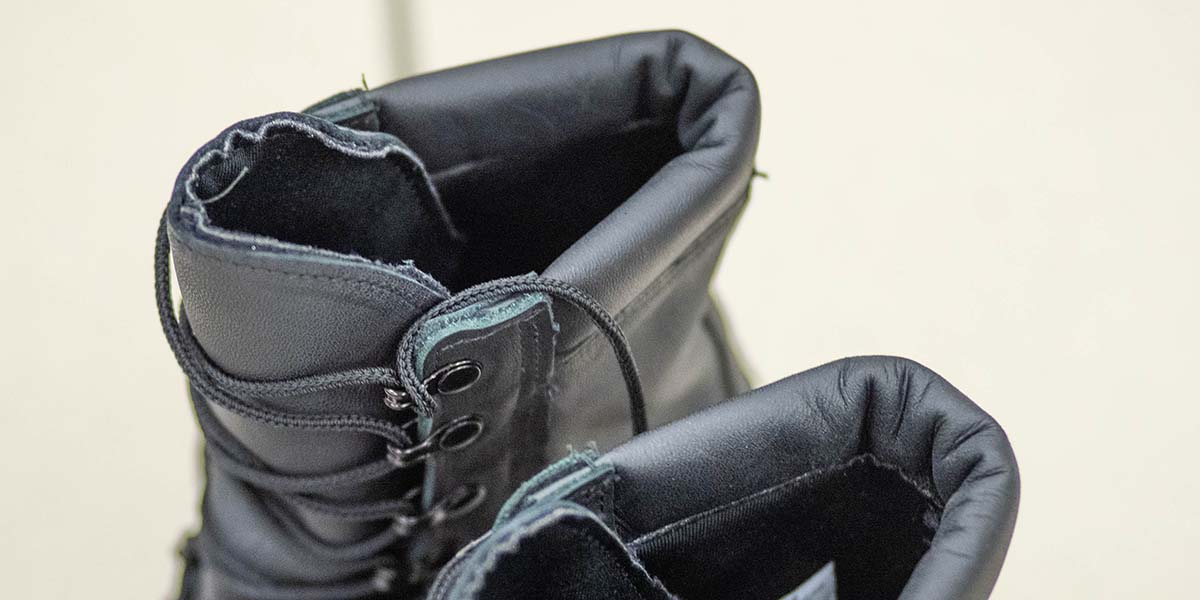 The Navy's new improved safety boot has a padded collar and an internal, moisture-wicking liner (Mark D. Faram/staff)
5 of 6 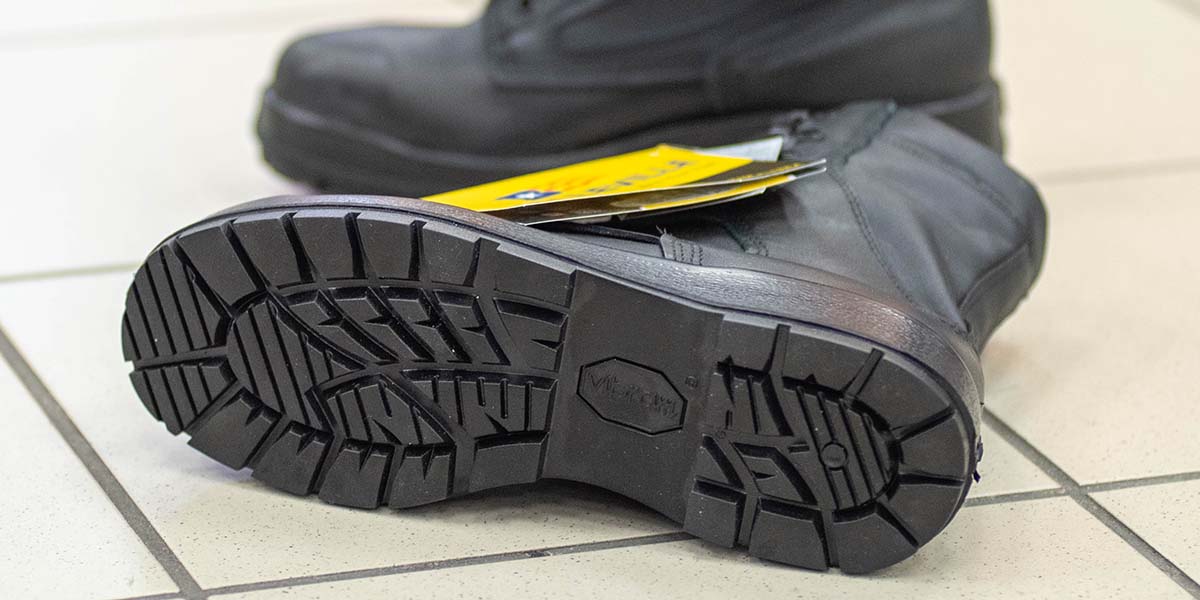 A look at the sole pattern of the Navy's new improved safety boot that is supposed to give better traction in a variety of environments. (Mark D. Faram/staff)
6 of 6 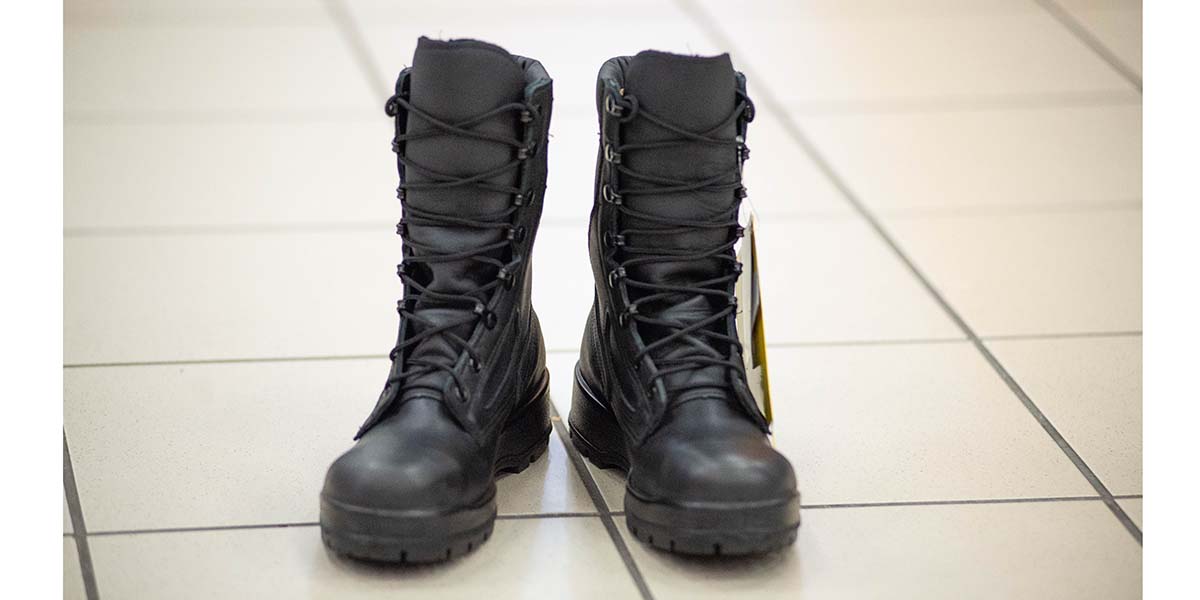 The low volume of sales might stem from a lack of publicity. The July NavAdmin message that announced the I Boot-4 's arrival in stores three months later was buried inside a string of other uniform updates.

The Navy estimates that sailors replace their boots every two years, the average expected wear life for the footwear. So the service allocates half of the replacement cost annually — $45.99 — to enlisted sailors for future boot purchases.

That’s why a “seabag” replacement boot that the Navy issues retails for $91.98.

Recruit Training Command officials told Navy Times that they have no plans to stop issuing the standard 9-inch NWU boot at Great Lakes. They also have no plans to issue the I Boot-4, so for now sailors know that they’re not going to get extra money to buy the pricier footwear.

After the Navy began phasing out the “boondockers” — a blistering staple of boot camp for decades — they began to search for the perfect sole, one that could navigate all the nautical surfaces sailors might need to tread, from non-skid decks to terrazzo and tiled flooring, even bare metal.

Sailors with shore assignments have enjoyed increased options for working footwear, including the black rough-side-out safety boots and the coyote brown boots.

According to Navy Exchange, the coyote brown boot is the most popular non-issued footwear, accounting for 57,033 sales last year, with the Belleville Type III Assault Coyote 8-inch Boot the top seller.

The Navy will test new fire-retardant at-sea uniforms over the next three months.

But sailors who go to sea must wear steel toes and soles capable of withstanding temperatures up to 482 degrees Fahrenheit for a minute without melting, and those specifications limit what’s available.

For most sailors, it comes down to the NWU 9-inch safety boots or flight deck boots.

In 2016, when Chief of Naval Operations Adm. John Richardson announced the Navy would ditch the “blueberry” NWU Type I uniforms he also vowed to deliver new and improved safety boots for the fleet.

His efforts officially kicked off in 2017 with sailor surveys and fleet wear tests by 308 officers and enlisted personnel stationed in Norfolk and San Diego.

They tried out three improved versions, plus the boots that are currently issued. Sailors told researchers what mattered most was a padded collar; a “wedge” upper pattern that flares out as the leg expands; full lining with moisture-wicking fabric; and soles that gave them traction while resisting slips.

And those became the four improved features in the I Boot-4, according to the executive summary of the study obtained by Navy Times from the Chief of Navy Personnel.

But the summary also pointed to the one problem the new boot couldn’t fix.

The I Boot-4 still can’t be worn on flight decks because certain tread patterns on the soles can pick up and spread small objects onto the surface. And that debris can cause foreign object damage — or “FOD” — when sucked into aircraft engines.

Relying on the basic I Boot-4 upper design, however, the Navy used "the latest technology in rubber sole compounds” to create skid-resistant footwear that appeared capable of preventing FOD from sticking in the tread, according to the study.

Officials dubbed this new boot the “I Boot-5” and during 2018 testing it drew rave reviews for comfort from more than 80 percent of nearly 300 sailors assigned to the Norfolk-based aircraft carrier Abraham Lincoln and Helicopter Mine Countermeasures Squadron 12.

The Navy is launching a two-year transition that will put the entire fleet in green uniforms and phase out the unpopular "blueberries."

But “some personnel experienced traction issues in non-shipboard environments and the new FOD-resistant tread design may not be meeting expectations,” the report said.

“This initial analysis may indicate the need to continue developmental efforts for traction and FOD-resistant treads,” the report concluded.

It offered no timetable for researchers to solve the sole problems but Navy officials remain optimistic.

“The Navy is supposed to come out with an I Boot-5 that we will issue here at boot camp but we do not have a date when it will come out yet,” wrote Chief Machinist Mate Michael Bedlington, Recruit Training Command’s Uniform Liaison in a response to questions sent by Navy Times.

Once Great Lakes starts issuing them, however, the Navy will begin paying sailors to purchase the new boots to replace their worn out pairs.