NORFOLK, Va. — Six years after banning combustible Navy Working Uniforms from ships, officials are celebrating what they hope is the latest line of practical, comfortable and flame-retardant shipboard clothing.

Another round of wear-testing is slated for July, but if it pans out this two-piece uniform could become optional issued clothing when you report on board ship — no trips to Navy Exchange, no money out of your annual uniform allowance.

And you can thank U.S. Fleet Forces Command, which is based here.

“The effort started as a safety issue and it still is,” Fleet Master Chief Rick O’Rawe told Navy Times. “But right now, the shipboard uniform for everyone is coveralls. But not all sailors want, or even need, coveralls. So finding an alternative based in common sense is what we need to get to.”

Focus groups in 2016 revealed that 84 percent of surveyed sailors wanted to put on something other than the standard coveralls.

An initial round of wear-testing last year unleashed a flood of disgruntled feedback, telling designers that sailors also want to go from home to work and back in rugged comfort, too.

More than 70 percent of sailors liked the traditional color schemes of all-blue uniforms for pay grades E-6 and below, with khaki clothing for chiefs and above.

O’Rawe said many sailors want the sea service to “just move into something that looks like the Navy and not like you are in the woods.”

Sifting through the surveys, Big Navy found that shipboard sailors simply desire a uniform with the form, fit and function of the Type III, in colors that make sense to seagoing men and women.

After testing four varieties of fabric, sailors also preferred a lighter “rip-stop” look but with better comfort and durability than what they found in their non-fire-retardant uniforms, according to Lt. Cmdr. Jennifer Biby, the assistant program manager for organizational clothing at Fleet Forces Command.

Those in grades E-6 and below favored dark blue fabric because it better hid the smears and smudges hard-working sailors pick up on board a ship. But they didn’t want it to look like the Coast Guard’s blue uniform.

“The blouse of the Coast Guard uniform is shorter, and the color is lighter, more of a royal blue,” Biby said. “And also, the cut of the NWU Type III is much different, so both the look to others and the feel by the wearer aren’t the same, either.”

Designers put all of that together into a prototype for sailors to try out this summer.

Yeoman 1st Class Kelly Pyron not only participated in the wear-testing trial last year but she donned the prototype daily in January to see how it fit.

“It mirrors the Type III’s looks, but it’s way more comfortable because the material is lighter,” she said. “I had to wear my Type IIIs for a couple of days recently and I just couldn’t wait to get back into this test uniform.”

As with the coveralls, Pyron’s prototype uniform is woven with fire-retardant fibers. There isn’t a coating that’s sprayed on and likely to wash away quickly.

In fact, Pyron’s prototype was designed to be worn without any ironing, straight out of the dryer. She praised it for providing “unity between the ship and shore look” while preserving the locations of the Type III’s pockets and other features “so there’s no getting used to something different.”

To O’Rawe, the fire-resistant fibers are vital. They give sailors the confidence to battle a blaze instantly without the fear of their workwear igniting, a worry they harbored about the Type I uniforms that finally get phased out on Oct. 1.

Type I clothing was banned on ships six years ago after investigators found it will “burn robustly until completely consumed” once exposed to flame.

The Navy’s goal is to provide a uniform that can be worn by sailors on flight decks, inside submarines or across the surface fleet. That’s why O’Rawe said the trousers don’t have buttons, all pockets close with Velcro and the fly is secured by a traditional zipper.

“You’ll just remove the blouse and put on your flight deck jersey, float coat and cranial and go to work,” O’Rawe said. “Those who work the deck generally already wear flight deck boots anyway, so they’re all set.”

With the new uniform, sailors working in hot climates or tight spaces also can easily “deblouse” their tops.

“The material is lighter anyway, so that helps, too,” said Pyron. “But being able to shed the blouse is huge and a feature sailors really like when I’m explaining the uniform to them on board ships.”

O’Rawe thinks the new uniform might win over a few of his fellow engineers, who have long worn coveralls as a point of pride.

“I think that many of our engineers will end up just wearing this because of the flexibility it has and the fact you don’t have to change into something else if you have someplace else to be or you are heading home,” he said.

Unlike coveralls, the new two-piece uniforms don’t have to come off before a sailor leaves the ship or pier.

O’Rawe said it boils down to time, a “precious commodity” he wants to give back to sailors.

And for those who want to keep the coveralls, they’re not going away. The two-piece is just an issued option. A moisture-wicking black undershirt comes standard with both uniforms.

Biby said that the dark T-shirt tested last year sported a neck that holds up well in the shipboard laundry, so it’s a keeper.

The new uniform is expected to pair well with the NWU’s existing accessories such as the optional all-weather parka, the fire-resistant fleece jacket and the ball caps sailors wear today.

“If you’re already invested in those optional items, it’s nice to be able to wear them with this new uniform, too,” said Pyron. “That wasn’t the case with the test uniforms last year.”

Here's a Navy depiction of the proposed design and features of a two-piece flame-retardant at sea uniform slated for wear-testing in July. (Navy)

Although the prototype retains the Type III’s slip-on rank insignia worn on a blouse tab in the middle of the chest, other traditional markings are still being debated, O’Rawe said.

The new uniforms likely will be issued with the U.S. Navy tag over the right pocket instead of the left, similar to the issued woodland Type III clothing. Instead of sewn name tapes, sailors will affix Velcro patches over the left pocket, allowing them to swap between the new uniforms and traditional coveralls.

Designers are mulling several color schemes for this summer’s testing, but those details haven’t been worked out yet.

O’Rawe said other patches and a variety of “flags, command insignia and name tapes with warfare qualifications” also could be tried out, including subdued patches and those in full color.

Those details haven’t been hashed out yet, but they might get tweaked when about 100 sailors on warships, submarines and aviation squadrons start the 90-day test in July.

O’Rawe says officials want to see what three months of a ship’s laundry does to the new duds.

But even if the new uniforms ace every test, they likely won’t be widely distributed across the fleet before 2021.

“It’s a process that takes time,” O’Rawe said. “Even once contracts are in place, it will take time to build up an inventory that will allow you to start issuing and be able to support the uniform long-term.” 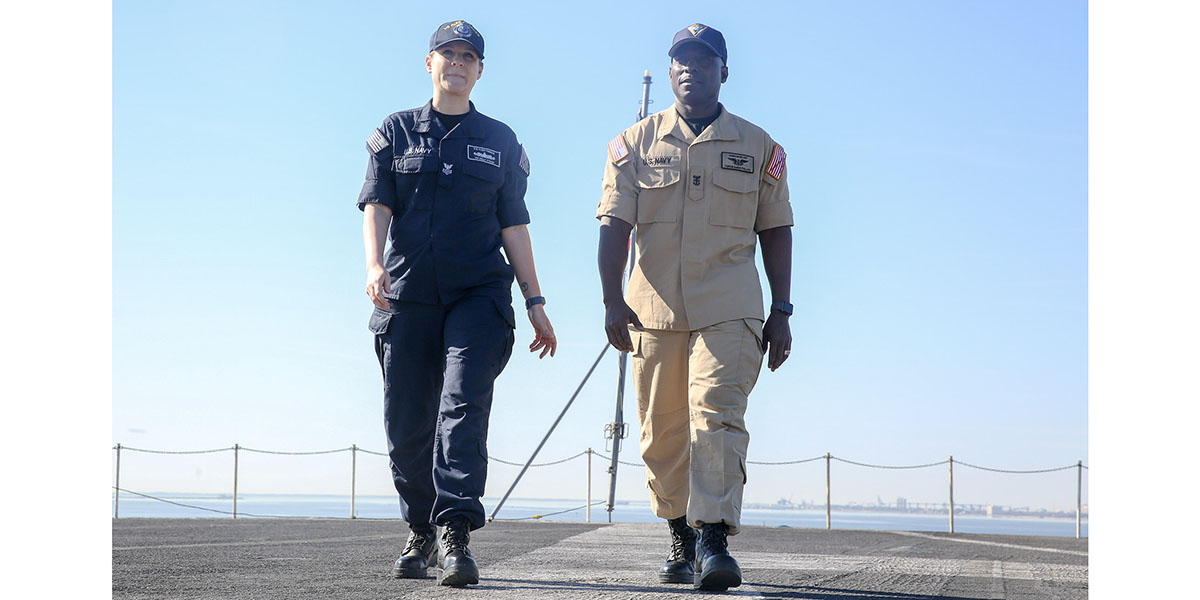 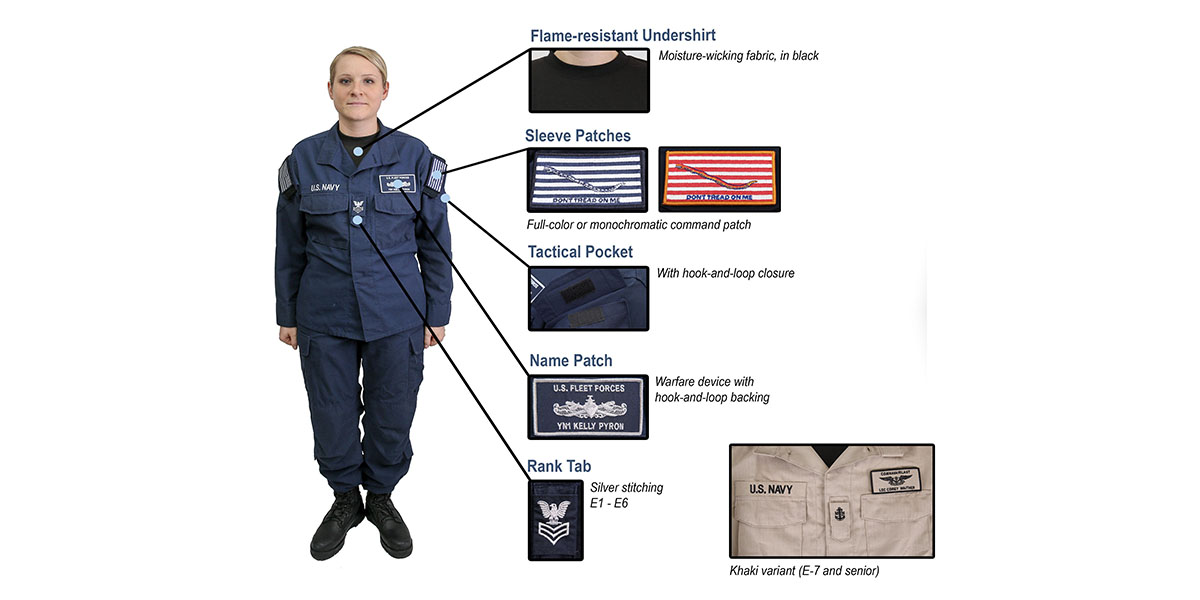 A Navy Graphic describing the features of the Navy's test Fire Retardant Uniform. (Illustration by Bobbie A. Camp/Navy)
3 of 9 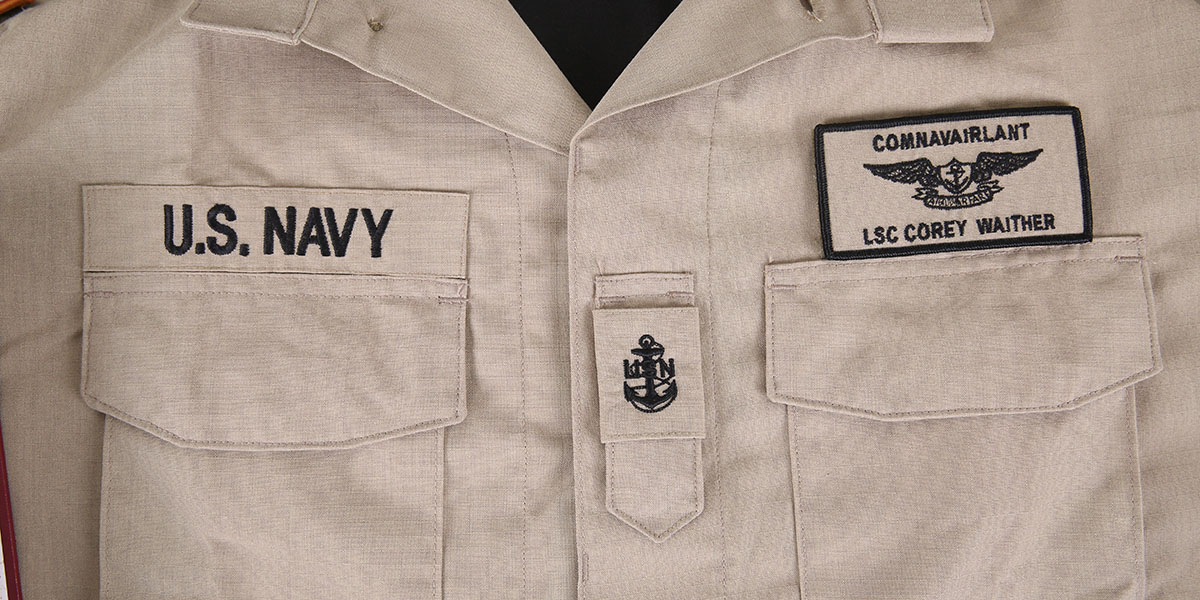 The khaki variant (E-7 and up) is highlighted for the modernized, two-piece, flame-resistant organizational clothing. Mass Communication Specialist 2nd Class Michael Fiorillo/Navy)
4 of 9 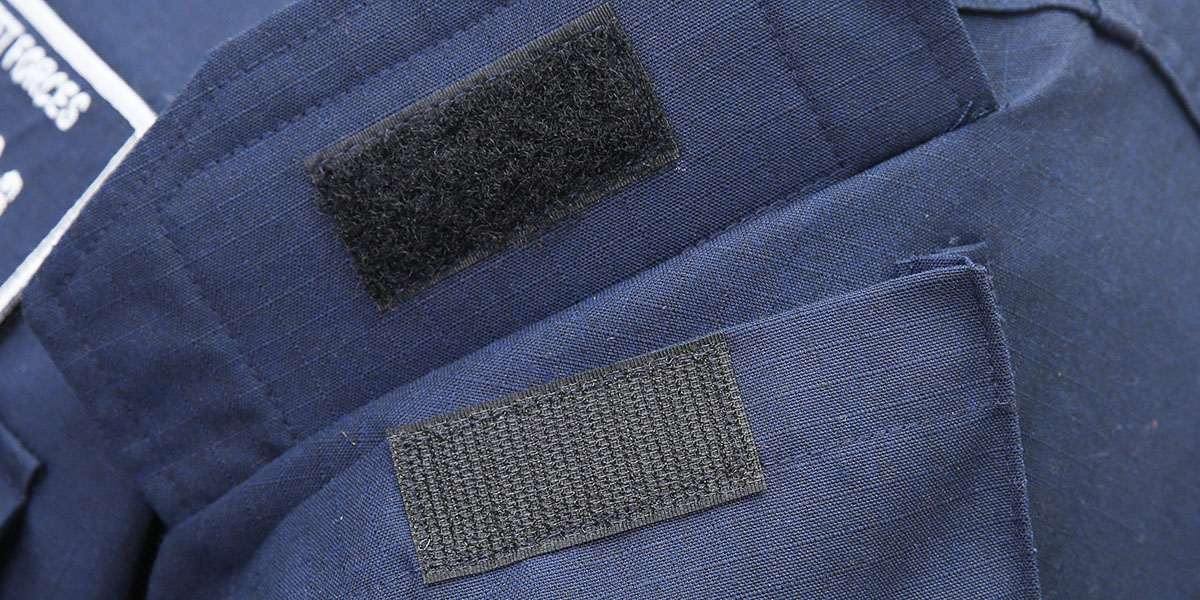 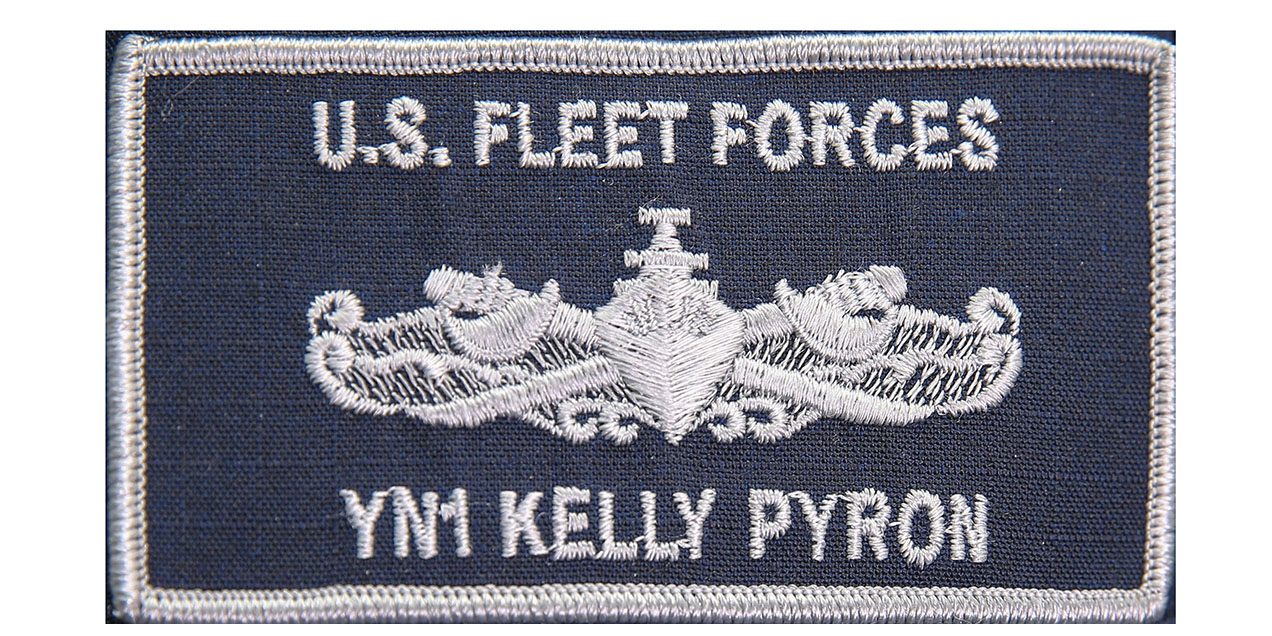 The name patch including a warfare device with hook-and-loop backing is will be tested. (MC2 Michael Fiorillo/Navy)
7 of 9 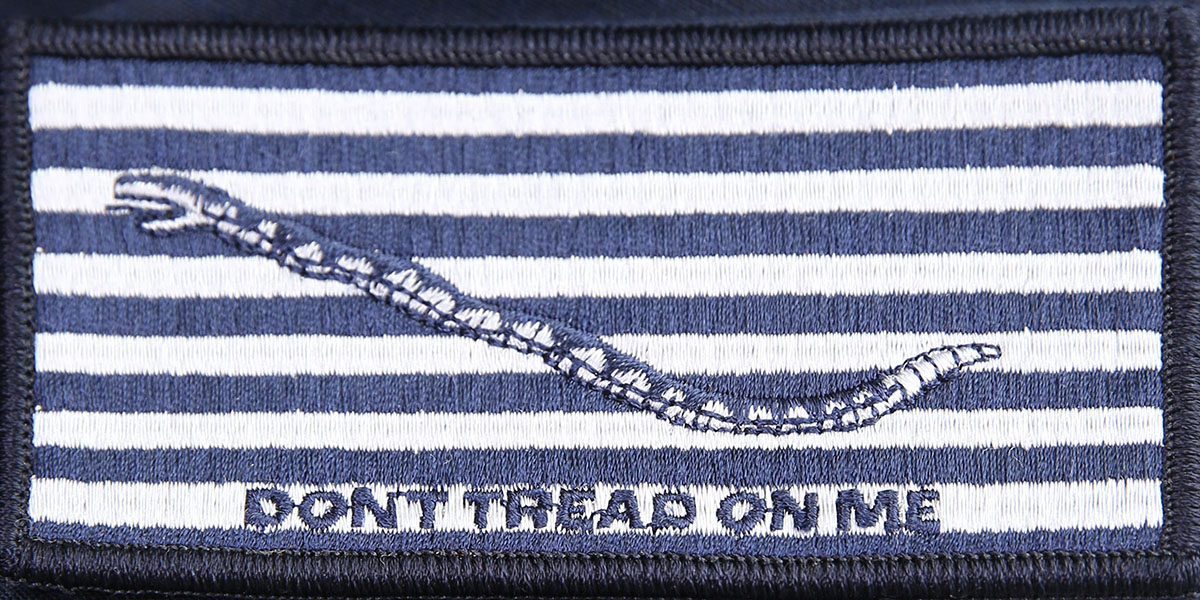 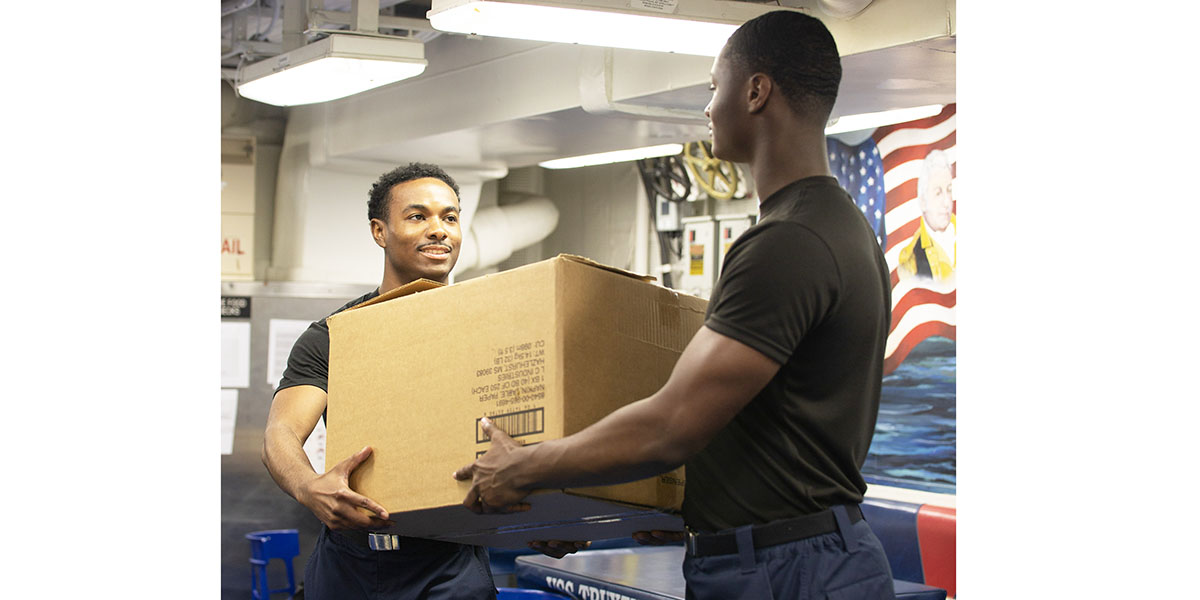 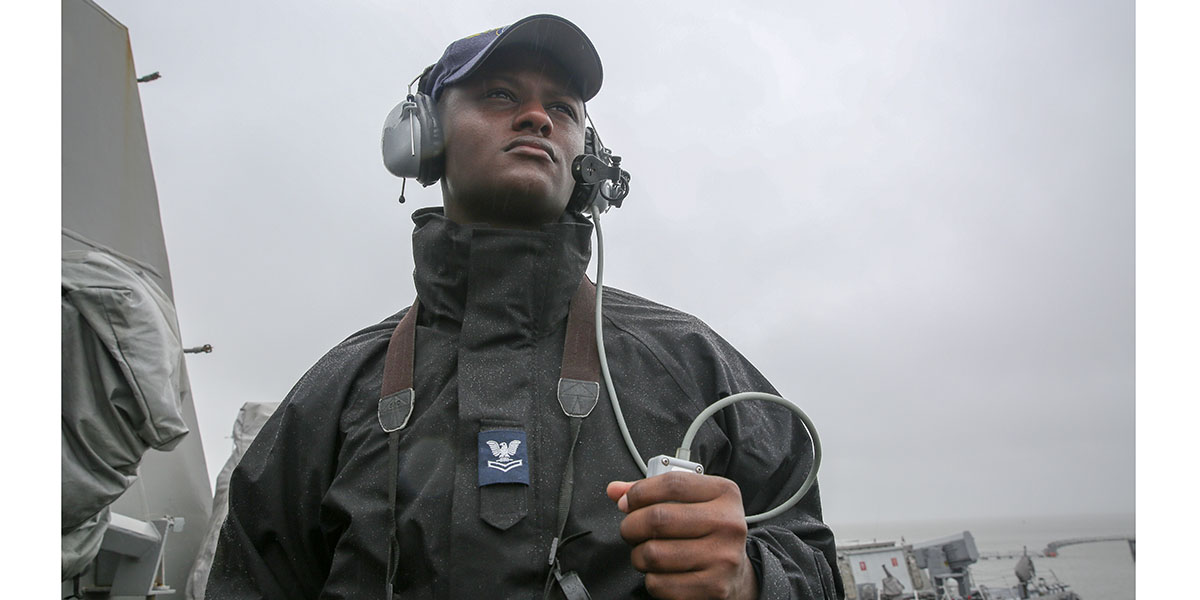