A Coast Guard crew rescued three people who escaped an inferno after a Wednesday blaze swept their boat in Alabama’s Dauphin Island Bay.

After receiving a report of a sport fisher on fire about a half-mile north of the barrier island at 5:55 p.m., Coast Guard Sector Mobile watchstanders ordered the launch of a 29-foot Response Boat-Small crew from Dauphin Island, according to an email sent to Navy Times by the district’s headquarters in New Orleans.

The crew arrived 40 minutes later to find three people on a life raft. The Coast Guard team transported them to Station Dauphin Island, where they were met by emergency medical personnel.

They are listed in stable condition, according to the Coast Guard. 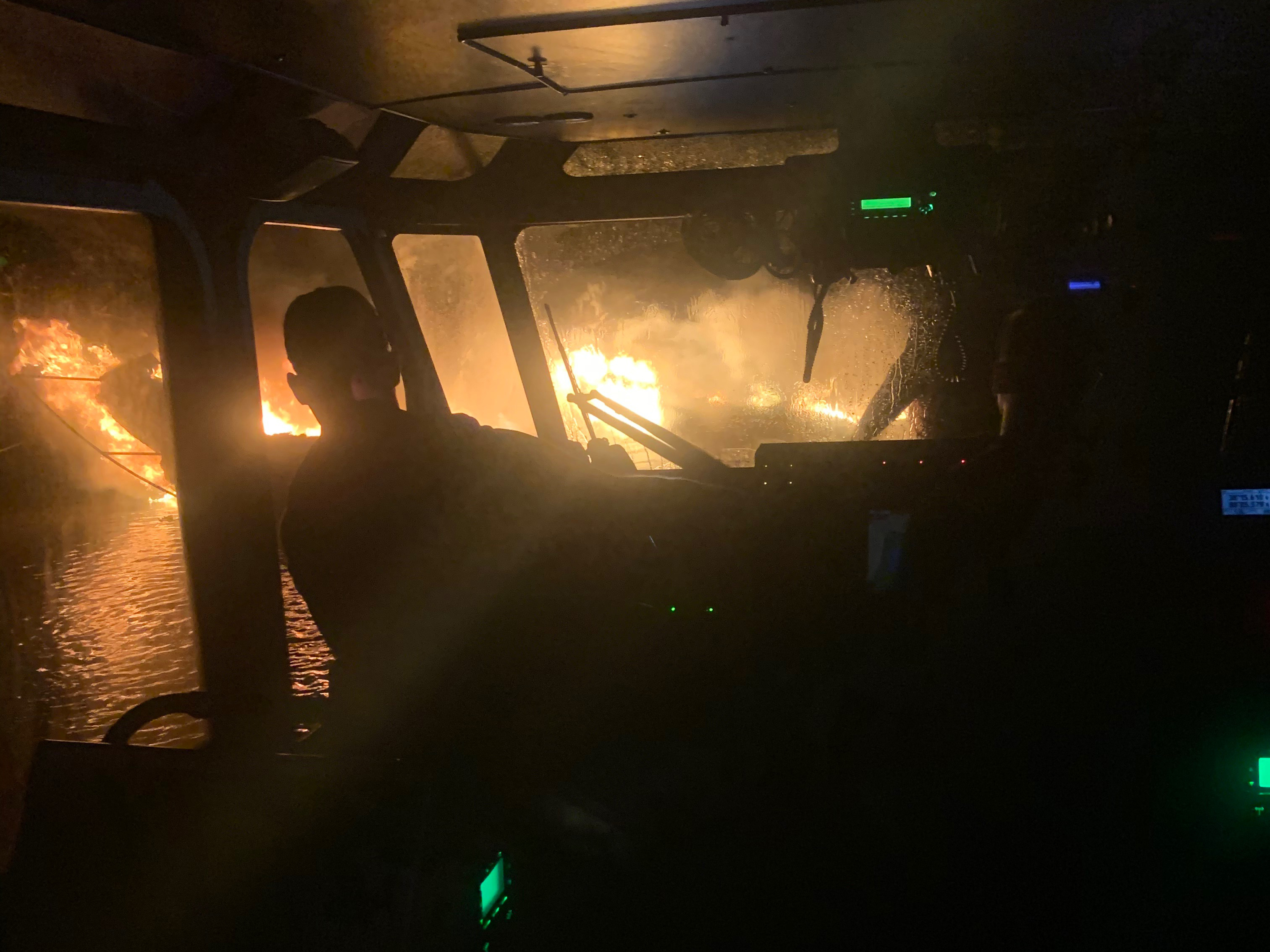 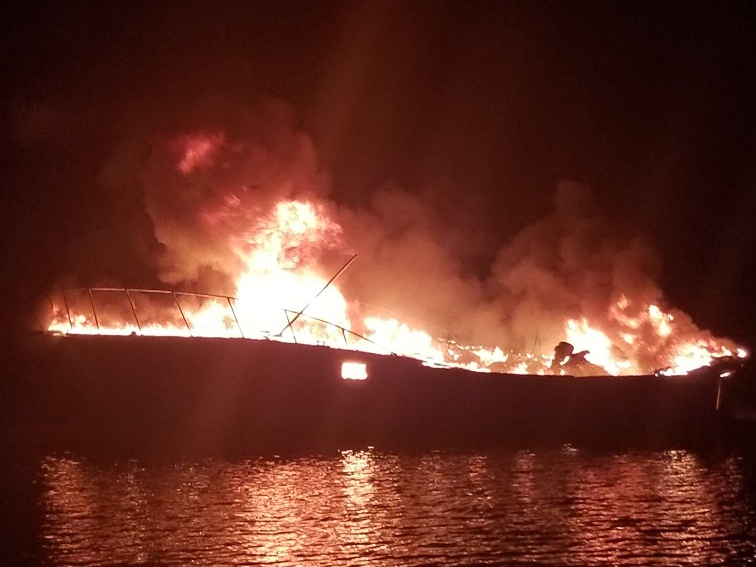 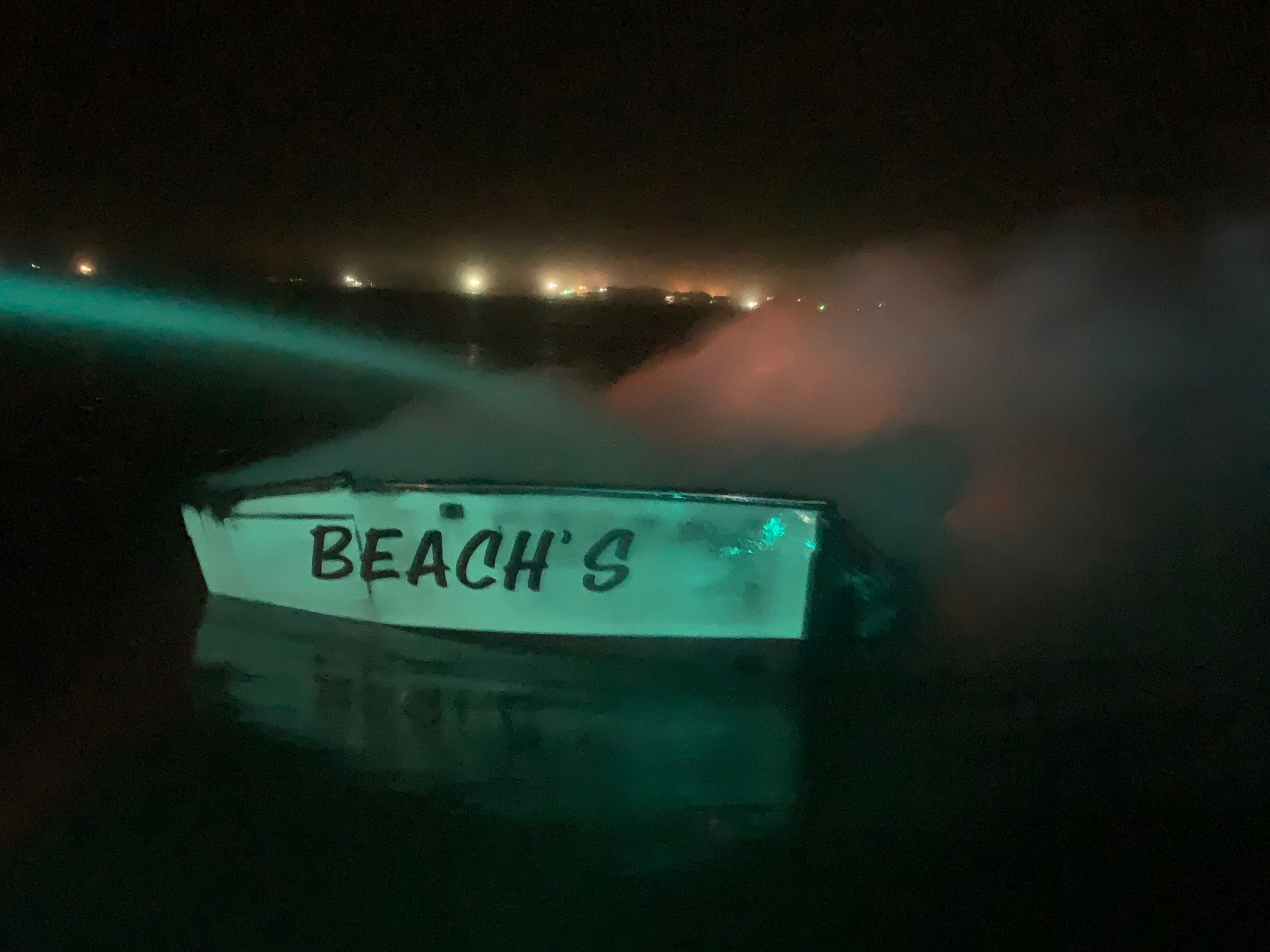 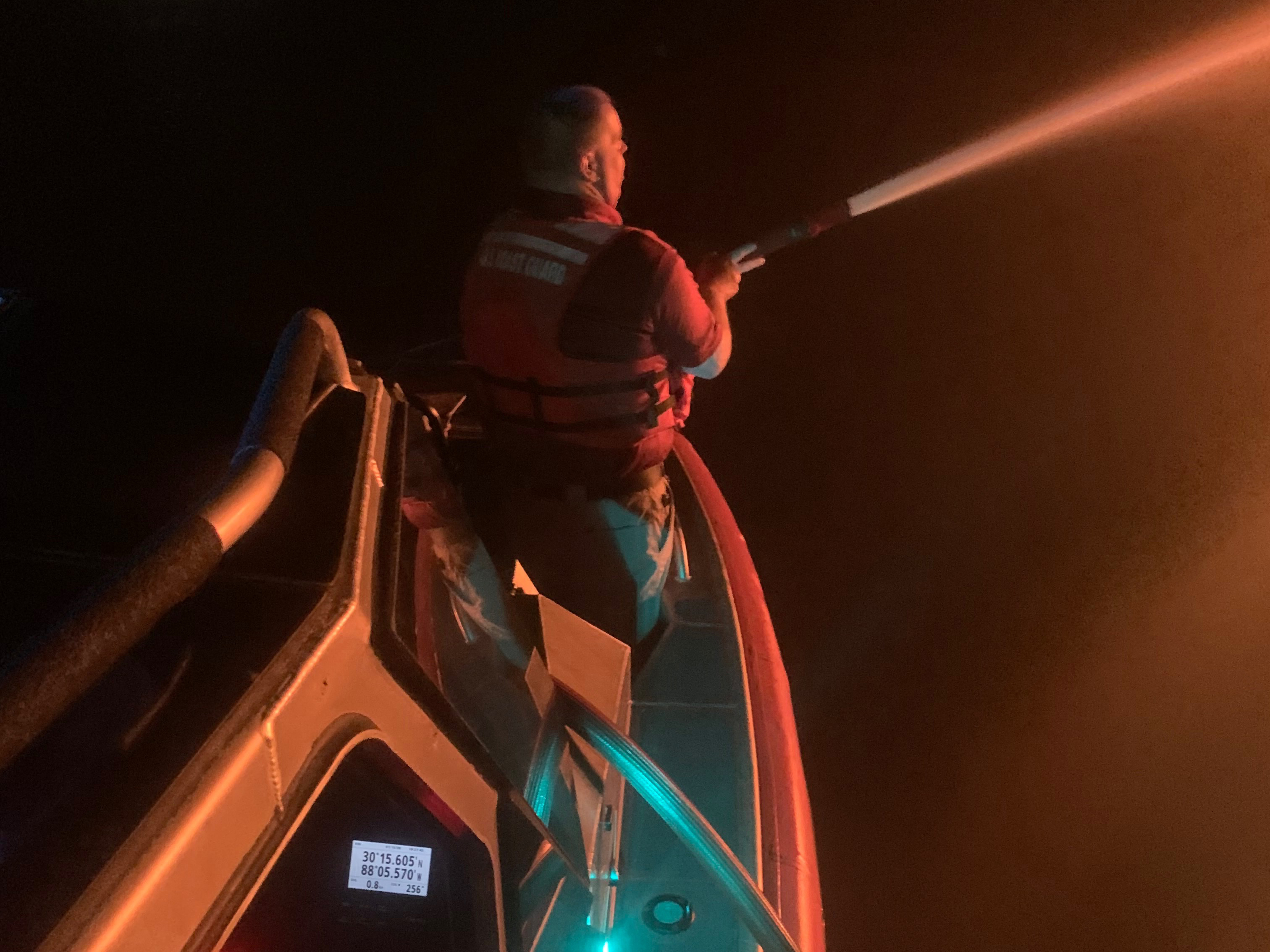 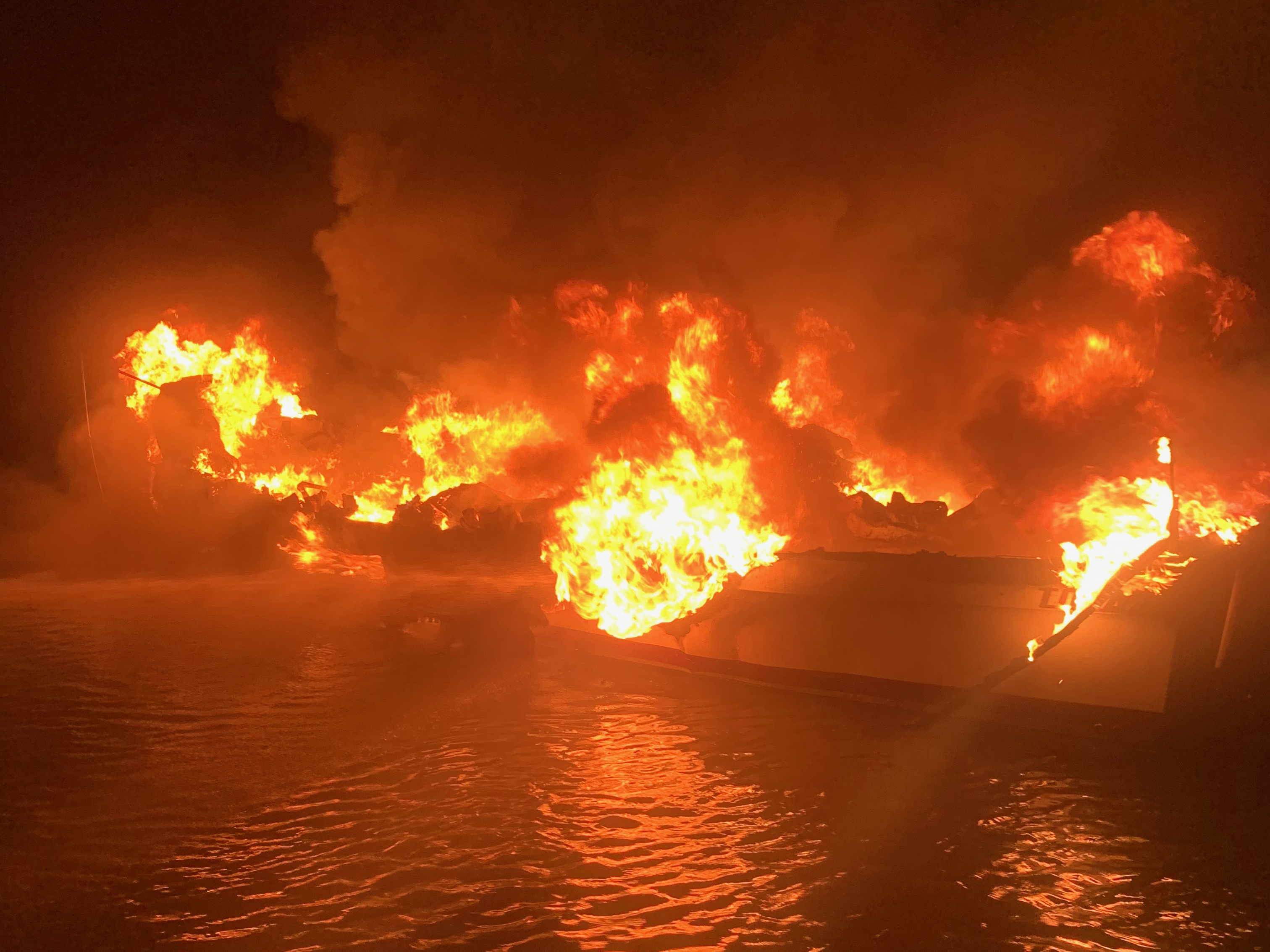 The Coast Guard crew also transported members of Dauphin Island Fire Rescue to battle a blaze that burned the boat nearly to the waterline.

“It was burned pretty good,” said Ensign Trevor Vallet, a prior enlisted operations specialist who now works in pollution response and the operations center at Coast Guard Sector Mobile.

Vallet told Navy Times no crew members from the fire department or Coast Guard were injured fighting the fire, which was extinguished by about 8 p.m.

The scorched hull has been towed back to shore and there are no restrictions for mariners operating in the bay where it burned.

On Thursday, Coast Guard environmental investigators visited the fire site and detected no pollution, which indicates the fuel inside was consumed by the blaze.

“It all burned,” said Vallet.

Prine came to Navy Times after stints at the San Diego Union-Tribune and Pittsburgh Tribune-Review. He served in the Marine Corps and the Pennsylvania Army National Guard. His awards include the Joseph Galloway Award for Distinguished Reporting on the military, a first prize from Investigative Reporters & Editors and the Combat Infantryman Badge.

Medal of Honor recipient Hershel "Woody" Williams recalls the moments he landed on Iwo Jima, and the moments that lead up to his heroic actions that day, knocking out multiple Japanese pillboxes with his flamethrower.
Close
Now Playing