Navy's Ken Niumatalolo, who has led the Midshipmen to eight straight wins over Army West Point as part of the rivalry's most lopsided stretch, remains the highest-paid service academy football coach, according to USA Today's annual college football salary list.

Monken's pay does not factor in the value of housing that's included in his contract. Calhoun has cited that housing among perceived advantages Army West Point has over Air Force when it comes to football infrastructure. Calhoun took over the Air Force job in 2007 and has led his team to a postseason bowl game in eight of nine full seasons. He's lost to Army West Point only once. 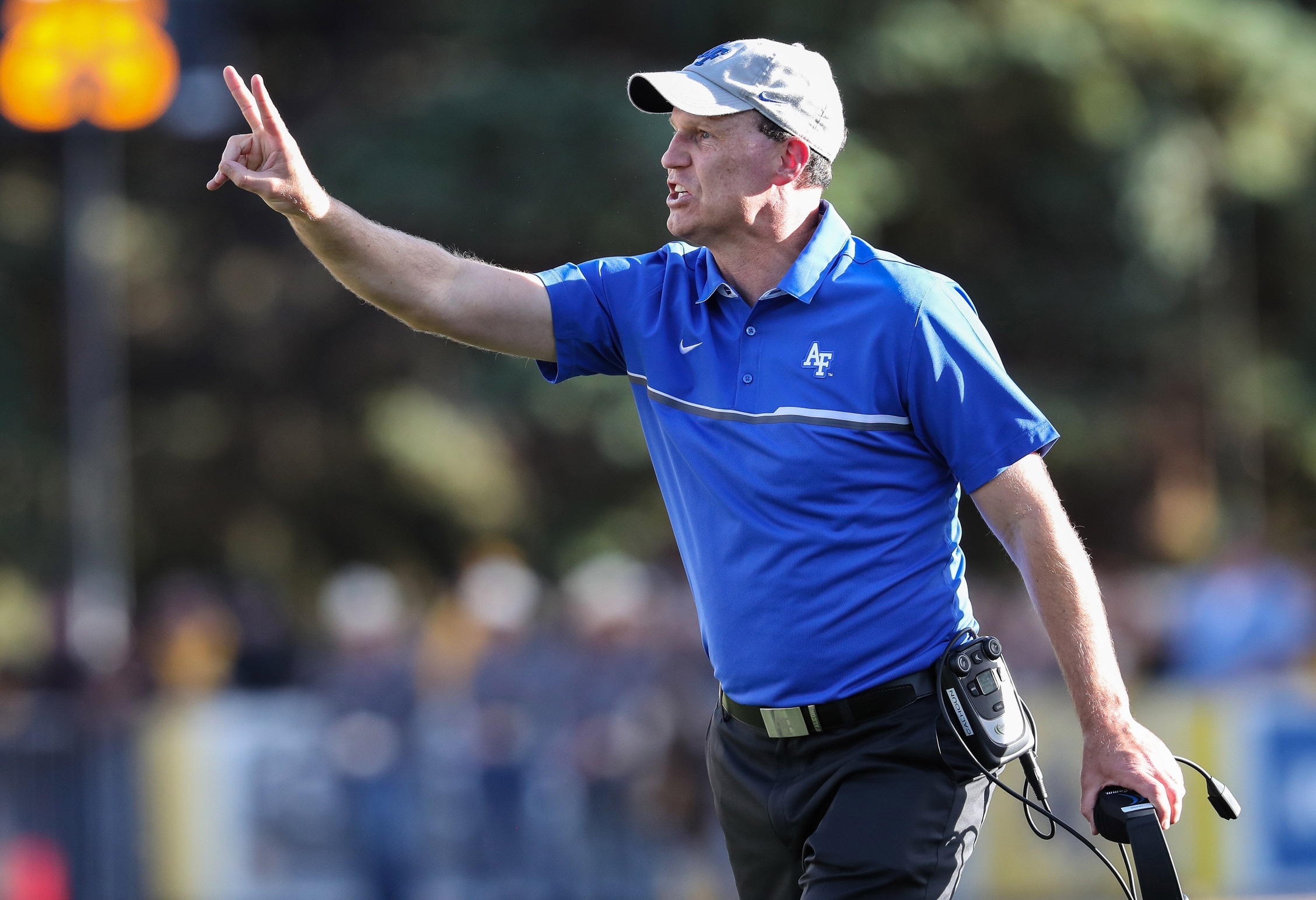 Air Force head coach Troy Calhoun signals for a two-point conversion attempt during an Oct. 8 game against the Wyoming Cowboys.
Photo Credit: Troy Babbitt/USA Today Sports
Niumatalolo's Mids are 6-1, sit atop the American Athletic Conference standings and rank 22nd in the latest Associated Press poll. This year's success has come despite the 2016 graduation of NCAA touchdown record-holder Keenan Reynolds and the season-ending knee injury suffered by in the season opener by Tago Smith, Reynolds' replacement at quarterback.

Monken's four wins so far in 2016 equal his season-high as a head coach at West Point, set in 2014. Calhoun's Falcons also sit at 4-3. The teams meet at West Point on Nov. 5; a win gives Air Force the Commander in Chief's trophy, which now resides in Annapolis.

Army faces Navy on Dec. 10 in Baltimore. The Black Knights haven't won the rivalry contest since 2001.

Michigan's Jim Harbaugh leads the USA Today salary list, set to haul in in a bit more than $9 million in 2016.

The encounter marks the longest dogfight in U.S. military history.

The drills featured a live fire exercise with more than 140 aircraft and 12 naval assets.

The species have recovered after feral goats were removed from the island in the 1990's.

How troops can watch the NFL Playoffs for free

Three dry docks at Puget Sound Naval Shipyard and one at Trident Refit Facility Bangor will close immediately to allow for more study and mitigation work.

Housing allowances are increasing for some localities, but is it fair?

With so many platforms online, how will tomorrow’s Army share data?