Two deployed aircraft carriers, heading opposite directions, met up in the Mediterranean Sea to do some high-end ops and snap some selfies to commemorate the event.

The combined strike groups means that, right now, more than 130 U.S. aircraft, 10 ships and 9,000 sailors and Marines are now operating in close proximity in the eastern Mediterranean.

Only twice before in the past two decades have two U.S. aircraft carriers operated together in the Mediterranean Sea at the same time.

The last time was three years ago, when the carriers Harry S. Truman and Dwight D. Eisenhower crossed paths in June 2016 at the end and beginning of their respective cruises, operating together for a time. 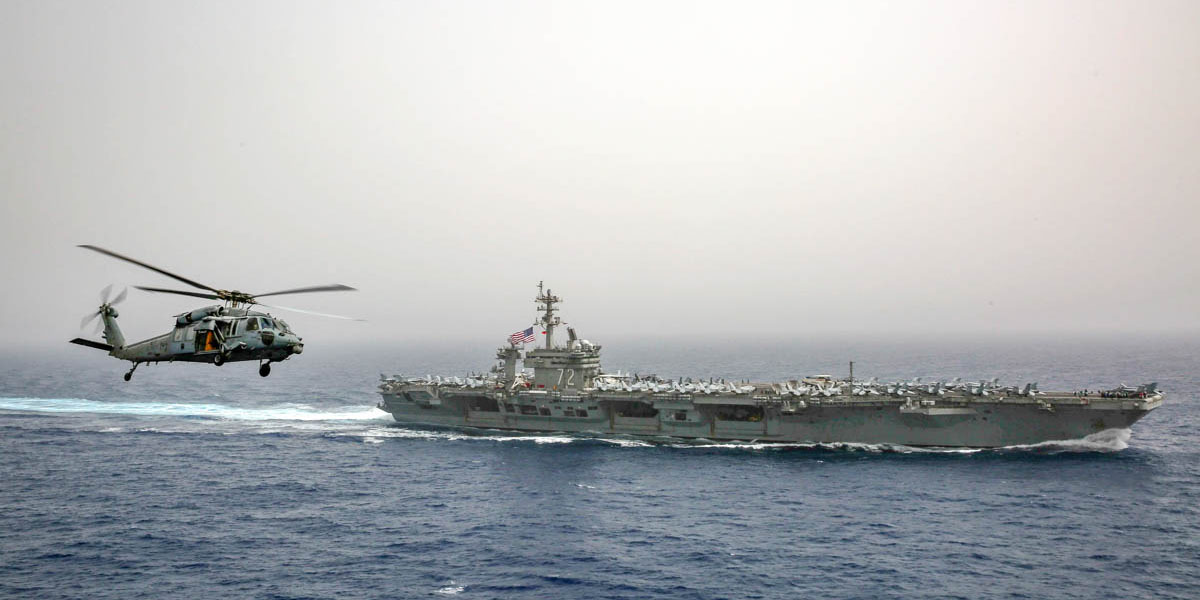 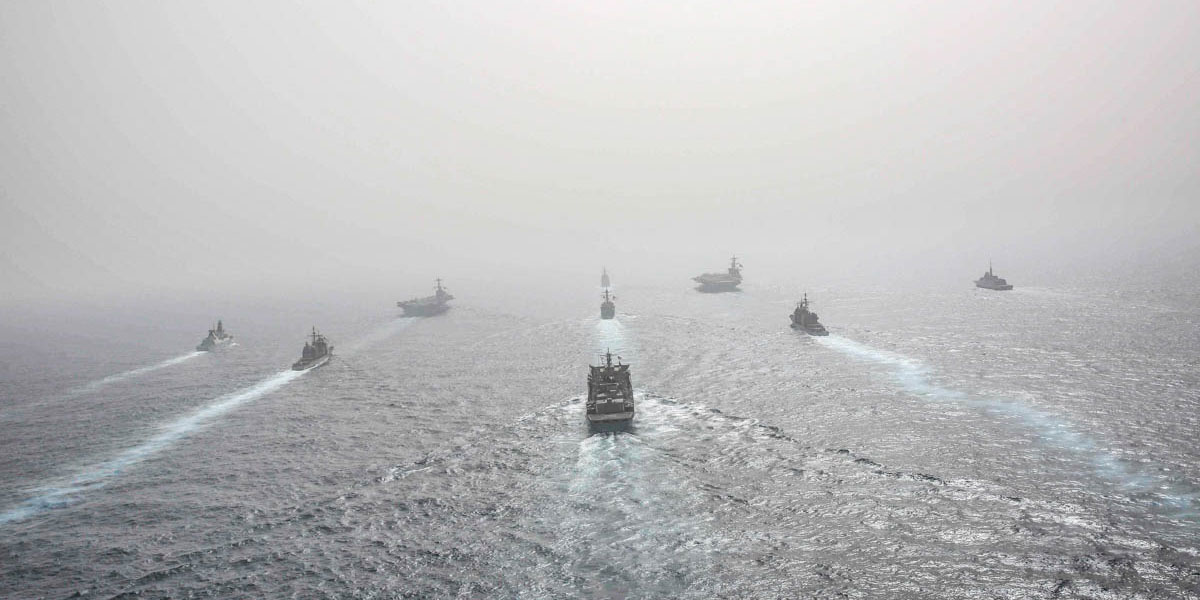 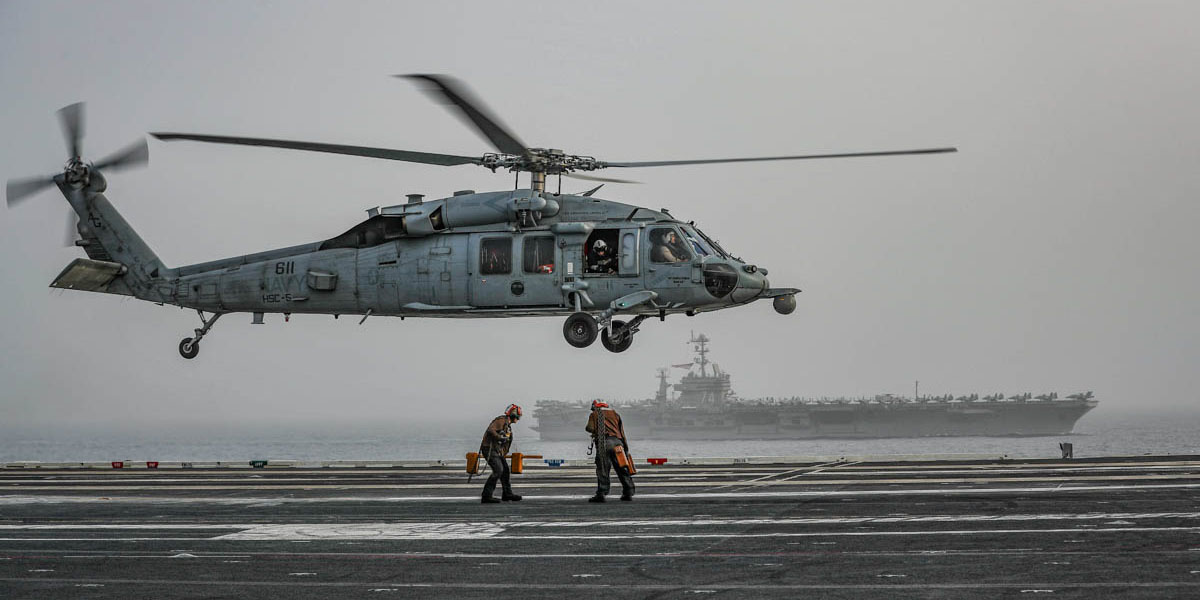 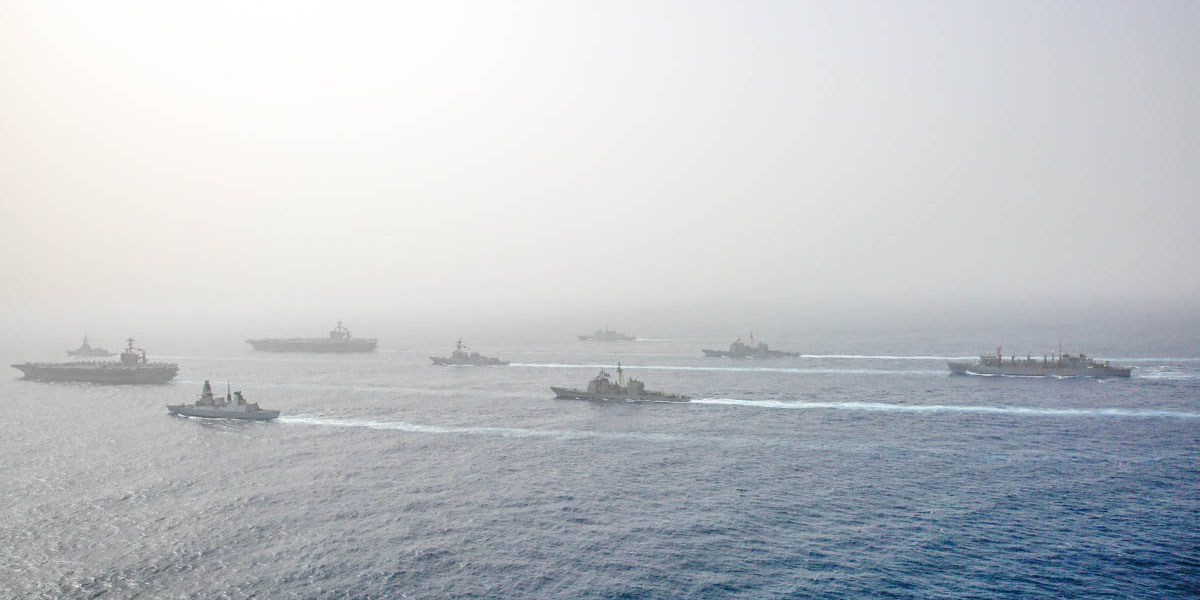 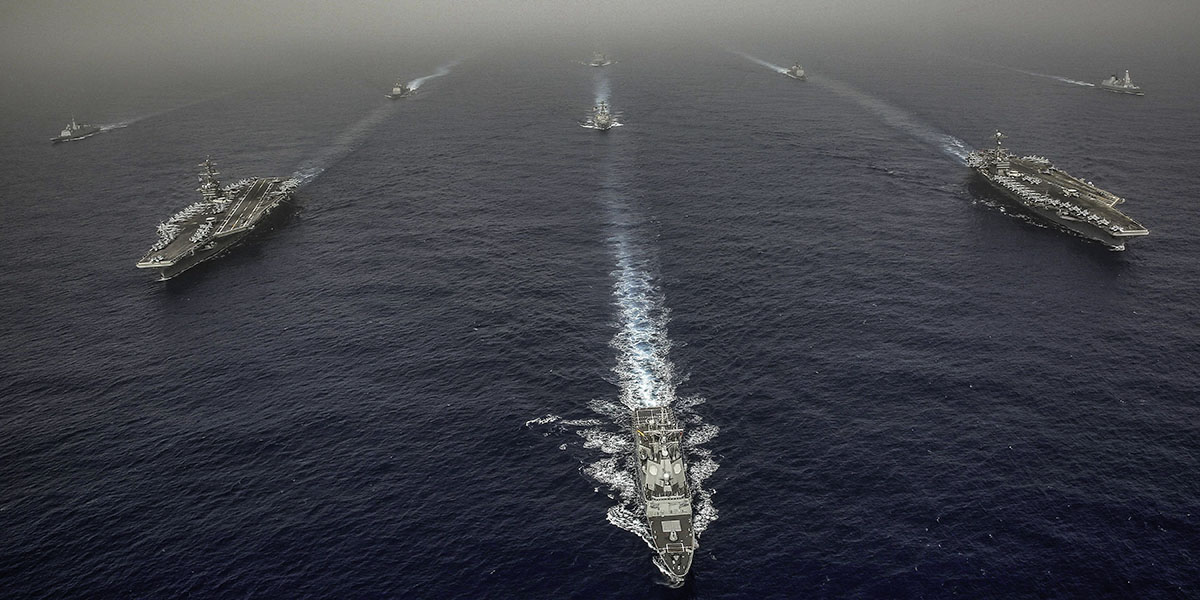 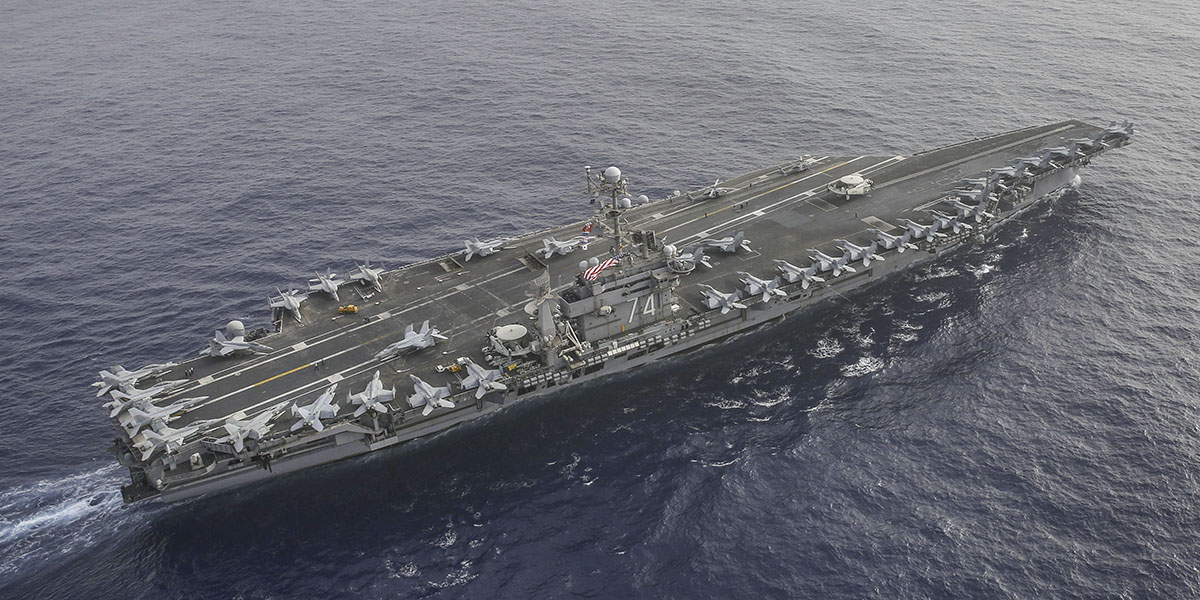 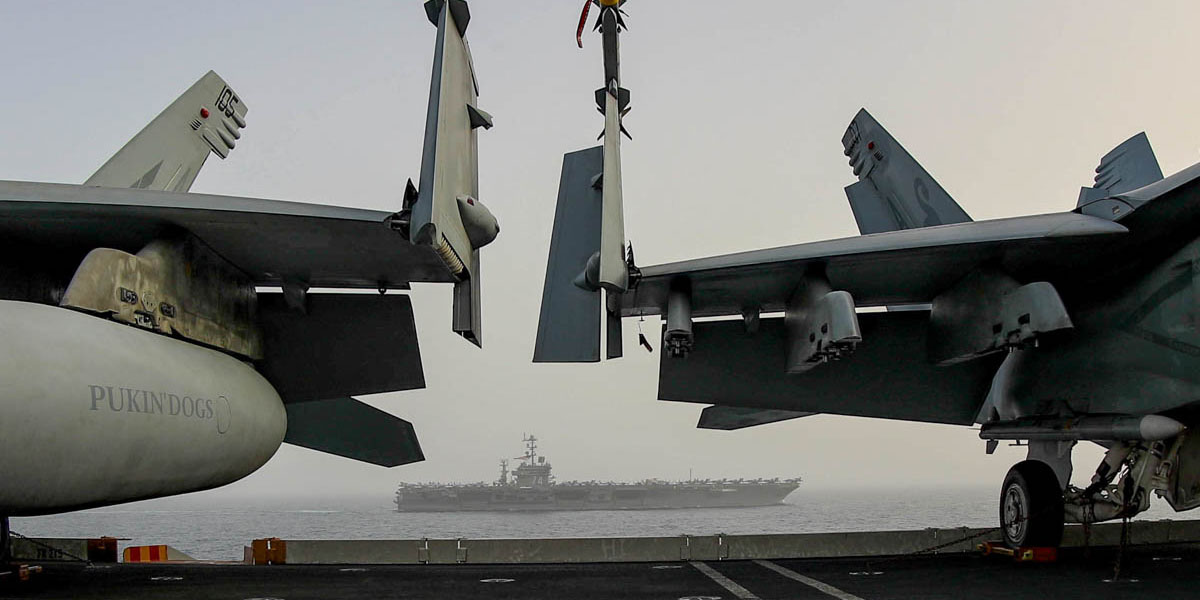 Before that, you have to go back to 2003, when the Harry S. Truman and the Theodore Roosevelt both operated from the eastern Mediterranean flying combat sorties into Iraq during the opening days of Iraqi Freedom.

But this time, it’s the Russians who are most likely to pay attention to the Navy’s armada as tensions have risen in the adjacent Black Sea in recent months as the two Cold War adversaries have again become near-peer competitors.

“It’s a rare opportunity to train with two carrier strike groups together,” Vice Adm. Lisa M. Franchetti, commander of U.S. 6th Fleet, said in a April 22 statement as the Stennis arrived in the region.

“Dual carrier operations here in the Mediterranean showcase the inherent flexibility and scalability maritime forces provide to the joint force, while demonstrating our ironclad commitment to the stability and security of the region.”

The two strike groups began dual operations April 23, according to a statement from U.S. 6th Fleet in Naples.

This carrier is deploying on April Fools’ Day. No, really!

It's expected to be a seven-month tour.

The release said the pair of carriers will "complete high-end warfighting training" by working "multiple scenarios integrating the two air wings and surface ships with key allies and partners in the European theater."

On the Lincoln with Foggo was Jon M. Huntsman Jr., U.S. ambassador to Russia, who said that the carrier duo represented 200,000 combined "tons of international diplomacy.”

“Diplomatic communication and dialogue coupled with the strong defense these ships provide demonstrate to Russia that if it truly seeks better relations with the United States, it must cease its destabilizing activities around the world.”

The aircraft carriers are not only on scheduled deployments, but are also conducting homeport shifts, too. Both carriers have spent most of their respective service lives operating from U.S. West Coast bases.

The carrier Abraham Lincoln, which left Naval Station Norfolk on April 1, will eventually head to her new homeport of San Diego after a seven-year stay that included nearly four years in complex midlife overhaul. Lincoln is expected to arrive in SoCal later this calendar year.

For the carrier John C. Stennis, she deployed from Naval Base Kitsap-Bremerton Oct. 15 and has been gradually heading east ever since. Stennis will ultimately end up in Norfolk in the next two months, where eventually it’s the next carrier slated for a mid-life service extension overhaul.

For Stennis, it’s also only the second time the ship has operated in the Mediterranean during her 23-year career.

Stennis last saw Norfolk on Feb. 26, 1998, when she headed west on her maiden deployment — and first homeport shift — heading ultimately for San Diego.

The ship passed through the Straits of Gibraltar 112 hours later — a 3,442 nautical mile high-speed run that averaged a speed of 30 knots.

Four days later, Stennis had passed through the Suez Canal and was heading to the Persian Gulf. Though the Navy doesn’t discuss ship’s schedules, this time she’ll probably stick around a little longer.

Military Times reporters and bureau chiefs look at the role of the National Guard in the days around the inauguration, and an update on Secretary of Defense pick Gen. Lloyd Austin.
Close
Now Playing